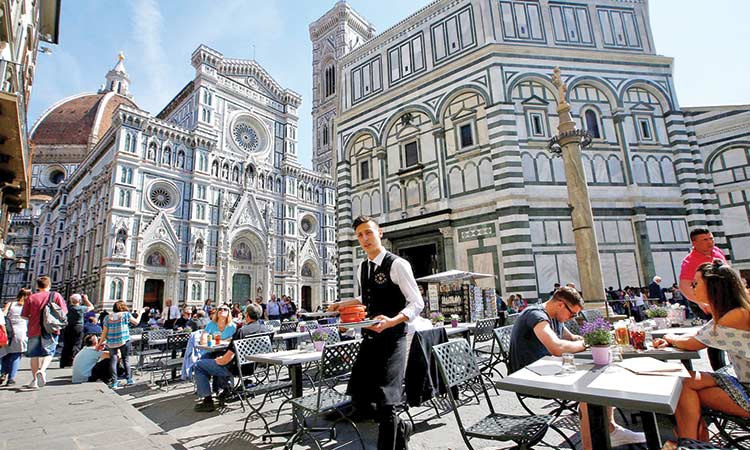 Italy’s jobless rate was stable at 10.2% in April, national statistics bureau ISTAT reported on Tuesday, with employment levels little changed from the month before.

A Reuters survey of eight analysts had forecast an increase in the unemployment rate to 10.3%. March’s rate was unrevised at 10.2%, which was the lowest since August last year. In the February-April period some 72,000 jobs were created compared with the previous three months, ISTAT said − a rise of 0.3%.

In the three month period temporary contracts declined by 0.5%, while permanent jobs increased by 0.4%. One of the first measures of the anti-austerity government which took office 12-months ago was to pass measures aimed at curbing temporary hires and encouraging open-ended contracts. The so-called “dignity decree” took full effect in November.

With the employment rate close to its highest level for a decade, the data suggests the labour market is holding up so far, despite Italy’s stagnant economy. In April the youth unemployment rate, measuring job-seekers between 15 and 24 years old, rose to 31.4%.from 30.6% in March, which was the lowest for around eight years. Italy’s overall employment rate, one of the lowest in the eurozone, slipped in April to 58.8% per cent from 58.9% in March, which was the highest since April 2008.  The Italian government is confident it can reach a compromise with Brussels and avoid sanctions over its deteriorating public finances, the economy minister said as talk of a looming government crisis grew.

The European Commission wrote to Italy last week asking it to explain why its public debt rose in 2018 instead of falling as required, a move that set the stage for a possible legal clash with the ruling eurosceptic coalition in Rome.

In his response to Brussels, Economy Minister Giovanni Tria blamed an economic downturn for the rising debt and vowed to respect the EU’s fiscal rules in the next budget.

But a report in La Repubblica daily on Sunday said the EU Commission had found Tria’s letter too vague and non-committal, and was likely to take the first steps toward a disciplinary procedure this week.

Speaking to Reuters on the sidelines of a ceremony at the presidential palace in Rome on Saturday night, Tria said he believed the government could still avert such punitive measures.

“Italy does not want to clash with the European Commission, and I hope the opposite is also true, that is to say that no one in Brussels intends to engage in a fight with us,” he said.

“Our position is reasonable and I think we will eventually reach a compromise with the Commission,” he added.

He also reiterated a pledge that the 2019 budget deficit would come in below a government forecast of 2.4% of gross domestic product - a level the Commission deems too high.

Tria is a former academic with no affiliation to either of the two ruling parties governing Italy - the right-wing League and the anti-establishment 5-Star Movement, which are both backing tax cuts that would likely inflate the deficit.

The League’s anti-EU rhetoric in particular has gone up a notch after its victory in European parliamentary elections, with its chief Matteo Salvini insisting that Rome should cut taxes to boost growth, rather than abide by “obsolete” EU fiscal rules that could choke the economy.

The League won 34.3% of the vote in last week’s European elections, trouncing its coalition partner and fuelling speculation it might ditch 5-Star and seek a fresh national election at the head of a bloc of smaller conservative parties.

La Repubblica said the start of an EU disciplinary procedure against Italy this week was “almost inevitable” unless the government could come up with a convincing set of commitments to keep its rising debt and deficit in check.

The EU Commission declined to comment on Sunday, saying it would publish its views on Italy’s public finances on Wednesday.

If it says on Wednesday that there is room to launch a disciplinary procedure that would be the first step in a drawn-out legal process that could lead to financial sanctions and a stricter oversight of the country’s fiscal policy.

European Economic Commissioner Pierre Moscovici said on Sunday that he preferred dialogue to sanctions as a means to enforce the bloc’s budget rules.

“If they do not respect the rules at all, it will be necessary for the European Commission and the European states to take their responsibilities. Europe is also a co-ownership, there are rules that everyone must respect,” he said on FranceInter radio, when asked about Italy.

Rome recorded public debt of 132.2% of gross domestic product last year, up from 131.4% in 2017, the highest in the EU after Greece. Italy’s debt is also set to expand this year and next, according to the EU Commission’s forecasts.