The Nifty50 on the National Stock Exchange touched its fresh all-time high of 12,081.85 points. Reuters

The key Indian equity indices created new benchmarks on Monday with the Sensex hitting a record high level of 40,283.54 points. The Nifty50 on the National Stock Exchange touched its fresh all-time high of 12,081.85 points.

The surge was on the back of a rally in oil and gas, metal, banking and finance stocks. All the sectoral indices traded in the green during the day.

Meanwhile, The Indian rupee has opened at 69.50 a dollar on Monday, higher by 17 paise compared to Friday’s close due to fall in US bond yields and correction in oil prices.

The rupee extended gains of almost 18-paise against US dollar to close at 69.67 on Friday as a slump in oil prices as well as a soft dollar provided tailwinds. A dip in oil prices is likely to provide support at lower levels, ICICI Direct said, adding USDINR has crucial supports at 69.50 while near term resistance is at 70.40 levels.

The dollar declined on Friday tracking a slump in US yields that have declined to almost 2 per cent.

“Yields have slumped tracking a slowdown in inflation growth as well as rising expectations that the US may cut interest rates in 2019. US-China trade thaw is also weighing on growth expectations that would further necessitate easing monetary conditions,” ICICI Direct said. 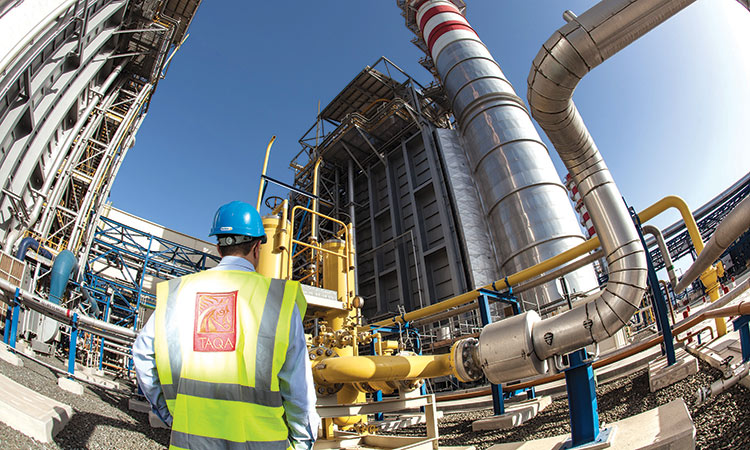 Abu Dhabi National Energy Company (Taqa) has reported consolidated financial results for the period ended 30th June, 2022. The company reported a net income (Taqa-share) of Dhs4.3 billion, 50% higher than the prior year, with a greater contribution from the Oil & Gas segment. Taqa delivered a strong performance