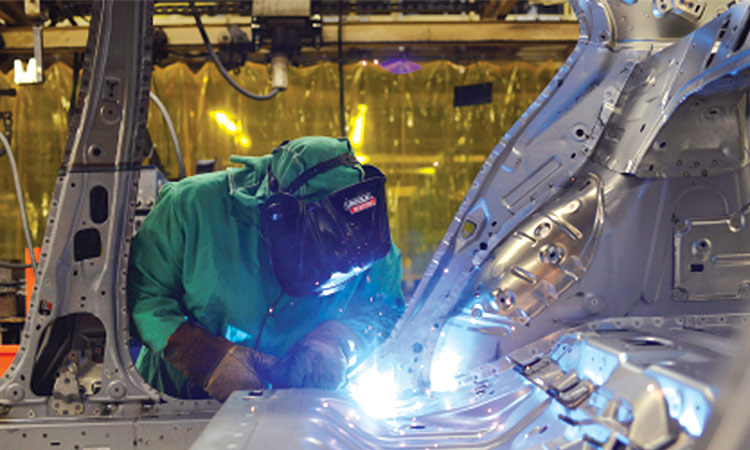 Line workers spot weld parts of the frame on the flex line at Nissan Motor Co’s plant in Smyrna, Tennessee, US. Reuters

The executive, who declined to be identified because he is not authorised to speak to the media, said he was cautiously optimistic about the possibility of generating “synergies” by sharing Nissan’s autonomous drive know-how, electrification and greenhouse-gas-scrubbing technologies for powertrains.

But he said the possible $35 billion merger of Renault SA and FCA would not give FCA the automatic right to use those technologies, which it needs to meet stringent emissions regulations and better compete in a industry being transformed by electric vehicles.

He also floated the possibility that Nissan could look at boosting its stake in Renault, or a merged Renault-FCA, to gain more say in shaping the future of the alliance.

“We would go ahead with partnering or cooperating with FCA only if we can guarantee tangible benefits from sharing technologies with FCA and only if we can work out conditions that are satisfactory to us,” the Yokohama-based executive said. “If Renault wants to pursue this deal, we feel we need to look seriously at supporting them,” he said.

The executive’s comments highlight how Nissan could look to leverage its advanced technology to gain greater bargaining power with a merged Renault-FCA. Renault is Nissan’s top shareholder with a 43.4% shareholding, while Nissan holds a 15% non-voting stake in the French automaker. That unequal partnership has long rankled Nissan, which is the bigger company by far.