The world economy is expected to pick up slowly next year, but only if Washington and China drop their latest tariff moves.

“The world economy is in a dangerous place,” Angel Gurria said as the OECD announced its latest, lower forecasts for growth on May 21.

The source of his worry: the mounting trade tensions between the United States and China, which could hit the rest of the world much harder than they have to date.

“Let’s avoid complacency at all costs,” Gurria said. “Clearly the biggest threat is through the escalation of trade restriction measures, and this is happening as we speak. This clear and present danger could easily have knock-on effects.” With much of the world economy still recovering from the after-effects of the global financial crisis a decade ago, US President Donald Trump caused alarm when he raised tariffs on $200 billion worth of goods from China on May 10, prompting Beijing to say it would hit back with its own higher duties.

Trade tensions are the main reason that growth in the global economy will weaken to 3.2 per cent this year, the slowest pace in three years and down from rates of about 5 per cent before the financial crisis a decade ago, the OECD said.

The world economy is expected to pick up slowly next year, but only if Washington and China drop their latest tariff moves.

The impact could be a lot more severe if Trump follows through on his latest threat to hit a further $300 billion of Chinese imports with tariffs and China retaliates again.

That kind of tariff escalation, plus the associated rise in uncertainty about a broadening of the trade war, could lop about 0.7 per cent off the world economy by 2021-2022, the OECD said.

That would be equivalent to about $600 billion, or the loss of the economy of Argentina.

A full-blown trade war, combined with an ensuing debt crisis in China and a shift away from exports to drive its economy, could cause a 2 per cent hit to China’s economy, in turn knocking global growth further, the OECD said.

To be sure, that kind of worst-case scenario may well be averted, given the stakes for the United States and China.

Trump and Chinese President Xi Jinping are due to meet at a Group of 20 leaders summit in Japan on June 28-29.

Other G20 nations will be urging them to step back from the fight, chief among them Germany and Japan, two export power-houses which have much to lose from a long trade war.

For now, the effect of the trade tensions is being felt mostly among manufacturers.

By contrast, consumers, buoyed by low unemployment and weak inflation in many of the world’s rich economies, have shown little sign of alarm at the row between Washington and Beijing. But over the longer term, a protracted trade war is likely to drag down the consumer economy too.

Global trade should normally grow at double the pace of the world economy but is expected to lag it in 2019, boding ill for investment by companies, the OECD said.

That investment would normally drive productivity growth, which is key for long-term prosperity and is urgently needed. Living standards for many workers in rich countries remain lower than before the financial crisis of 2008-09.

The frustration with lower living standards is widely seen as one of the main factors behind the rise of populist politics, including Trump’s presidential election victory in 2016.

“To put it bluntly, this cannot be the new normal,” said Laurence Boone, the OECD’s chief economist. “We cannot accept an economy that doesn’t raise people’s living standards.”

World equity markets rebounded on Friday from heavy selling the previous day after President Donald Trump said US complaints against China’s Huawei Technologies might be resolved within the framework of a Sino-US trade deal.

But tensions remained high, with China accusing US Secretary of State Mike Pompeo of fabricating rumors after he said Huawei’s chief executive was lying about the telecom network gear maker’s ties to the Chinese government.

While Trump on Thursday said a trade deal could resolve US complaints against Huawei, he also called the Chinese telecommunications giant “very dangerous,” suggesting resolution of the trade spat and stand-off over Huawei is not near.

The dollar edged away from two-year highs set on Thursday after the weak US manufacturing activity data sparked worries that the trade conflict with China may hurt the world’s largest economy and erode the currency’s safe-haven status. 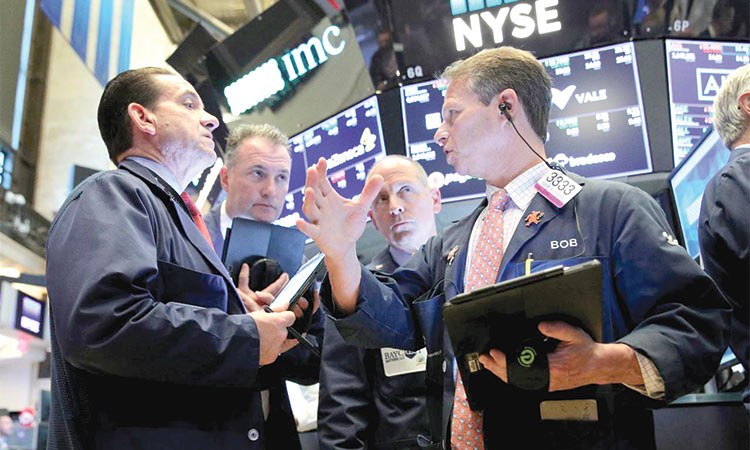