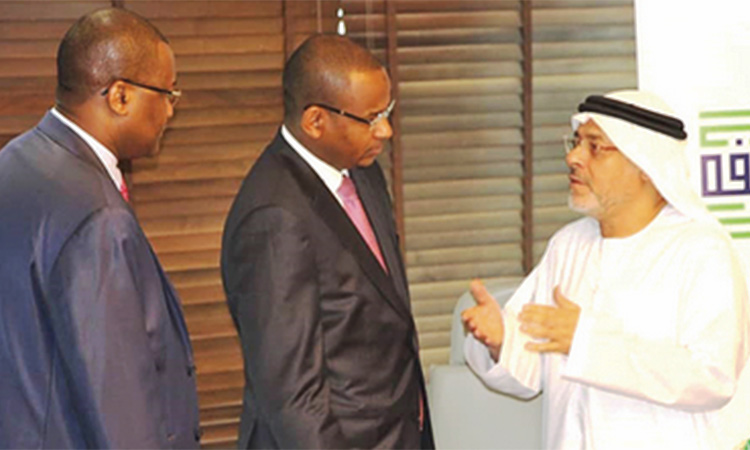 Prime Minister of Mali, Boubou Cisse, has been briefed on the role played Khalifa Fund for Enterprise Development in ramping up the SMEs sector in the country.

This came as the African premier and his accompanying delegation visited the Fund’s premises Thursday where they were received by Hussain Jasim Al Nowais, Chairman of Khalifa Fund. Discussions during the visit covered aspects of cooperation between the sides, primarily the $25 million agreement signed in January in the presence of His Highness Sheikh Mohamed Bin Zayed Al Nahyan, Crown Prince of Abu Dhabi and Deputy Supreme Commander of the UAE Armed Forces, towards providing support for micro, small- and medium-sized enterprises in Mali.

According to the agreement, the amount will be distributed in equal instalments over the next five years.

“The agreement is part of the UAE’s continuing efforts to support micro, small and medium enterprises in the Republic of Mali while also enabling these enterprises in generating business that are in line with the Mali Government’s efforts to promote economic development in the country.” Al Nowais explained that the agreement provides a financial framework to support the government efforts in the Republic of Mali, which looks towards promoting a culture of entrepreneurship and supporting micro, small and medium enterprises. The agreement is also seen to help offer new jobs and enhance the role of women across various economic fields to boost further development in the poorest areas of Mali.

Al Nowais also pointed out that Khalifa Fund is committed to moving ahead in ensuring the necessary measures needed in implementing and monitoring the financed projects, as well as provide the corrective measures if necessary.