China’s tough rhetoric leaves trade talks with US in limbo 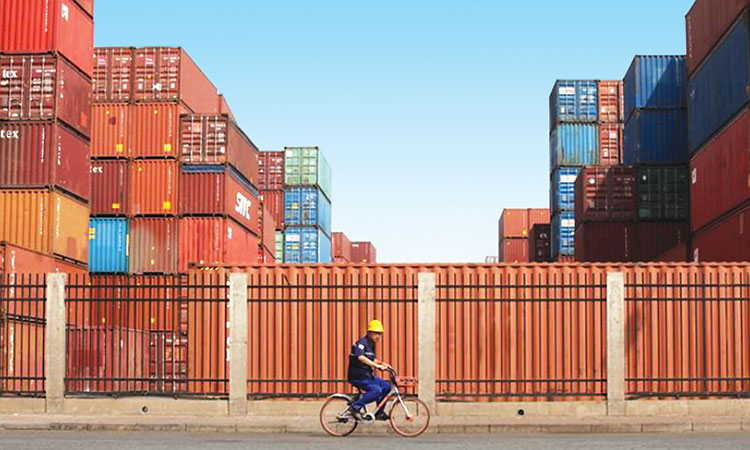 Trump punctuated two days of talks in Washington last week with a decision to raise tariffs on $200 billion in Chinese imports to 25 per cent from 10 per cent.

China struck a more aggressive tone in its trade war with the United States on Friday, suggesting a resumption of talks between the world’s two largest economies would be meaningless unless Washington changed course.

The tough talk capped a week that saw Beijing unveil fresh retaliatory tariffs, US officials accuse China of backtracking on promises made during months of talks and the Trump administration level a potentially crippling blow against one of China’s biggest and most successful companies.

“But because of certain things the US side has done during the previous China-US trade consultations, we believe if there is meaning for these talks, there must be a show of sincerity,» he told a daily news briefing.

CNBC, citing sources, said the trade talks had stalled and the next round of discussions was “in flux.” The United States raised Beijing›s ire this week when it announced it was putting Huawei Technologies Co Ltd, the world’s biggest telecoms equipment maker, on a blacklist that could make it extremely hard to do business with US companies.

The US Commerce Department may soon scale back restrictions on Huawei by issuing a temporary general license to allow time for companies and people who have Huawei equipment to maintain reliability of their communications networks and equipment, a department spokeswoman said.

The possible general license would not apply to new transactions, the spokeswoman said, and would last for 90 days.”

China has yet to say whether or how it will retaliate, although its state media is sounding an increasingly strident note. The ruling Communist Party›s People›s Daily published on Friday a front-page commentary that evoked the patriotic spirit of the country›s past wars.

“The trade war can›t bring China down. It will only harden us to grow stronger,” it said.

Global stocks, which rebounded this week on the prospect of another round of US-China talks, suffered a fresh bout of selling and China›s yuan slid to its weakest against the US dollar in almost five months. Prices of US government debt were trading higher.

The increasingly acrimonious trade dispute has rattled investors who fear that the countries are careening dangerously down a track that will badly damage global supply lines and put the brakes on an already slowing world economy.

“Both sides might need some prodding, but we›ve had a very clear opportunity for one side or the other... to say this isn›t going to work... and neither side did,” said Derek Scissors, an expert on Sino-U.S. economic relations at the American Enterprise Institute think tank, who put the chance of a deal this year at over 50/50.

US President Donald Trump, who has embraced protectionism as part of an “America First» agenda aimed at rebalancing global trade, has accused China of backing out of a deal earlier this month that would have ended the 10-month dispute.

Earlier this month, Reuters reported China had backtracked on commitments to change its laws to resolve core US complaints about theft of intellectual property, forced technology transfers and other practices.

Trump punctuated two days of talks in Washington last week with a decision to raise tariffs on $200 billion in Chinese imports to 25 per cent from 10 per cent. The negotiations ended in a stalemate.

On Monday, Beijing said it would raise its tariffs on a revised list of $60 billion in US goods effective June 1. Trump, in turn, said he is considering slapping tariffs on the remaining $300 billion in Chinese imports to the United States.

The US president also continues to dangle the possibility of imposing tariffs of up to 25% on imported cars and parts, a move that could be devastating for a number of US trading partners, including Japan and Germany.

The White House said on Friday that Trump›s decision on auto tariffs would be delayed by up to six months to allow more time for trade talks with the European Union and Japan. Trump faced a Saturday deadline to make a decision.

It added, however, that the US president agreed with findings by the US Commerce Department that imported vehicles and parts can threaten US national security, a designation likely to anger some US allies.

Automakers have strongly opposed the tariffs, saying they would hike prices and threaten thousands of US jobs. There is also strong opposition in the US Congress, with many prominent members of Trump›s Republican Party rejecting the idea.

“Positive step. The pressure must be strong on China, not on our allies who we should encourage to join us in confronting China,» Schumer tweeted.