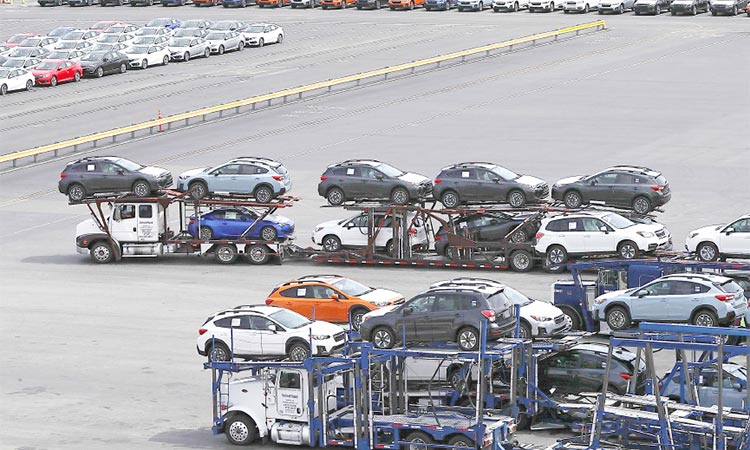 New cars sit on a truck that is leaving a lot at the Auto Warehousing Company near the Port of Richmond in Richmond, California. Agence France-Presse

It said, however, Trump agreed with findings that imported vehicles and parts can threaten US national security.

Trump faced a Saturday deadline to make a decision on recommendations by the Commerce Department to protect the US auto industry from imports on national security grounds.

Trump directed US Trade Representative Robert Lighthizer to pursue negotiations and report back within 180 days and said if no deal is reached Trump will decide by then “whether and what further action needs to be taken.” In a proclamation released Friday, Trump said he agreed with a Commerce Department study that found some imported cars and trucks are “weakening our internal economy” and threaten to harm national security.

The auto tariffs face strong opposition in Congress, including from many prominent Republicans. Reuters and other new outlets reported earlier this week that Trump was expected to delay the decision.

Automakers have strongly opposed the tariffs, saying they would hike prices and threaten thousands of US jobs. Trump’s proclamation said “domestic conditions of competition must be improved by reducing imports” and said a strong US auto sector is vital to US military superiority.

US Commerce Secretary Wilbur Ross told Trump that “successful negotiations could allow American-owned automobile producers to achieve long-term economic viability and increase R&D spending to develop cutting-edge technologies that are critical to the defense industry.” Trump had threatened to impose tariffs of up to 25 per cent on imported cars and trucks.

General Motors Co last year warned that import tariffs could cost jobs and lead to a “a smaller GM” while isolating US businesses from the global market.

The United States must show sincerity if it is to hold meaningful trade talks, China said on Friday, after US President Donald Trump dramatically raised the stakes with a potentially devastating blow to Chinese tech giant Huawei.

China has yet to say whether or how it will retaliate against the latest escalation in trade tension, although state media has taken an increasingly strident tone, with the ruling Communist Party’s People’s Daily publishing a front-page commentary that evoked the patriotic spirit of past wars.

China’s currency slid to its weakest in almost five months, although losses were capped after sources told Reuters that the central bank would ensure the yuan did not weaken past the key 7-per-dollar level in the immediate term.

The world’s two largest economies are locked in an increasingly acrimonious trade dispute that has seen them level escalating tariffs on each other’s imports in the midst of negotiations, adding to fears about risks to global growth and knocking financial markets.

“But because of certain things the US side has done during the previous China-U.S. trade consultations, we believe if there is meaning for these talks, there must be a show of sincerity,” he told a daily news briefing.

The United States should observe the principles of mutual respect, equality and mutual benefit, and they must also keep their word, Lu said, without elaborating.

On Thursday, Washington put telecoms equipment maker Huawei Technologies Co Ltd, one of China’s biggest and most successful companies, on a blacklist that could make it extremely difficult for the telecom giant to do business with US companies.

That followed Trump’s decision on May 5 to increase tariffs on $200 billion worth of Chinese imports, a major escalation after the two sides appeared to have been close to reaching a deal in negotiations to end their trade battle.

China can be expected to make preparations for a longer-term trade war with the United States, said a Chinese government official with knowledge of the situation.

“Indeed, this is an important moment, but not an existential, live-or-die moment,” the official said. 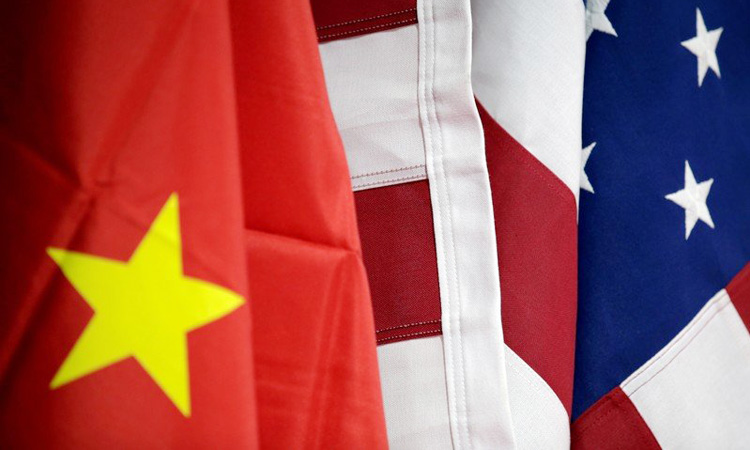