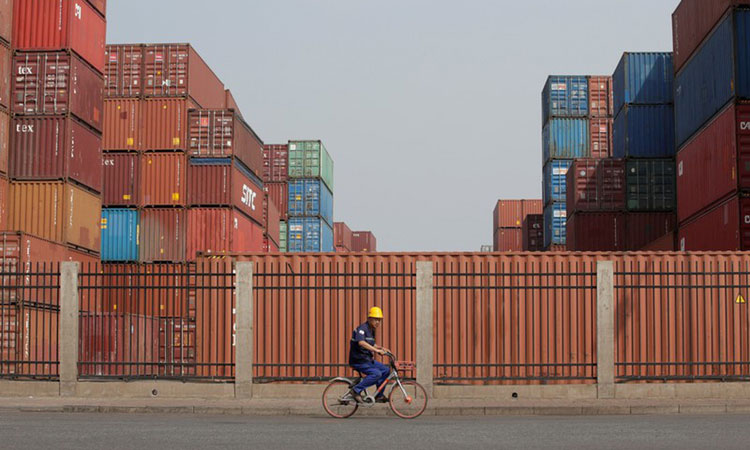 A worker cycles past containers outside a logistics center near Tianjin Port, in northern China, on Thursday. Jason Lee/ Reuters

China’s state planner said on Friday trade frictions with the United States has had some impact on China’s economy, but it was “controllable” and countermeasures would be rolled-out when needed to “keep economic operations within reasonable range.”

The National Development and Reform Commission (NDRC) gave its assessment during a press conference held in Beijing.

China reported surprisingly weaker growth in retail sales and industrial output for April on Wednesday, adding pressure on Beijing to roll out more stimulus as the trade war with the United States escalates.