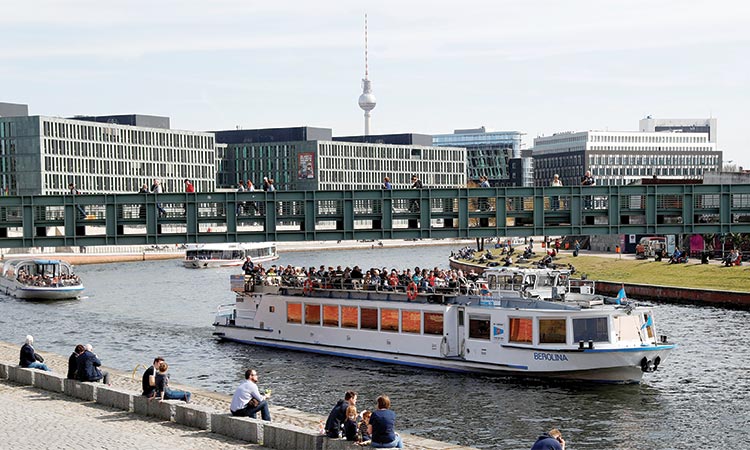 Tourists sail in a vessel on the river Spree in Berlin. Reuters

Germany’s spluttering economy returned to growth in the first quarter as consumers spent more freely and construction activity picked up, but the government said the outlook remained clouded by trade disputes.

The rebound in Europe’s largest economy, which barely escaped recession in late 2018, helped drive an acceleration in the eurozone, and it takes some pressure off the European Central Bank (ECB) to provide fresh monetary stimulus to counter the effects of slowing global growth.

Economy Minister Peter Altmaier told Reuters the German figures offered a “first ray of hope”, but it was too early to give the all-clear.

“The international trade disputes are still unresolved. We must do everything possible to find acceptable solutions that enable free trade,” he said.

The US and China have ramped up their trade conflict, and both countries are important markets for German exporters, meaning the tariffs are hurting their businesses too.

US President Donald Trump may also this week increase tariffs on European car imports, which would have a disproportionate impact on Germany.

With global trade tensions an underlying drag on industrial activity last year too, Germany’s economy contracted by 0.2% in the third quarter and stagnated in the fourth.

The eurozone, which expanded 0.2% in the last three months of 2018, doubled that growth rate to 0.4% in the first quarter, the EU’s statistics office confirmed on Wednesday.

“Now it’s not the time for the ECB to implement new measures to stimulate the economy,” Christian Lips from NordLB said. “Still, the first rate hike is unlikely to happen before mid-2020.”

Headwinds from abroad suggest any German growth rebound this year is likely to be modest.

The Economy Ministry said that, while the strong domestic economy had weathered a turbulent global environment, exports and industrial output were likely to remain subdued in coming months.

“The good start to the year ...will only be sustainable if the external environment improves and the uncertainty particularly caused by trade conflicts decreases,” it said in a monthly report.

“The trade development sent mixed signals as exports and imports both picked up,” the office said, leaving open the question whether net trade had a positive impact on GDP.

It will publish more detailed data next week which should shed more light on which sectors of the economy contributed to growth and to what extent.

“In normal times, today’s growth figures would be reason enough to revise up GDP projections,” DekaBank analyst Andreas Scheuerle. “But in light of the massive threats for world trade, economists are likely to keep their powder dry.”

German exporters are also struggling with weaker foreign demand and uncertainty caused by Britain’s chaotic departure from the European Union. The government halved its 2019 growth forecast to 0.5% last month. That would mark a sharp slowdown from expansions of 2.2% in 2017 and 1.4% in 2018.

Overnight news that the United States has hit Chinese telecoms giant Huawei with severe sanctions, adding another incendiary element to the US-China trade dispute, continued to support higher-rated bonds in the euro area.

“Risk sentiment showed some signs of rebounding late yesterday but I would still err on the side of caution,” said KBC rates strategist Mathias van der Jeugt.

“In the medium-term we are positive on core bonds.”

In early trade, Germany’s 10-year bond yield was down almost two basis points on the day at minus 0.11%, having hit its lowest in around 2-1/2 years on Wednesday at minus 0.13%. 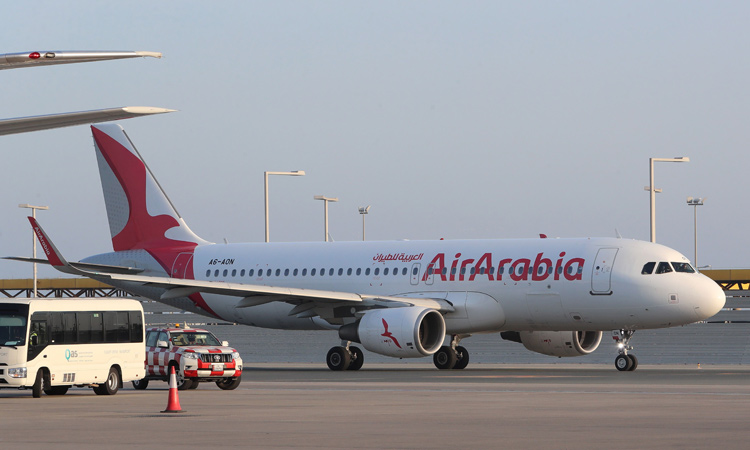