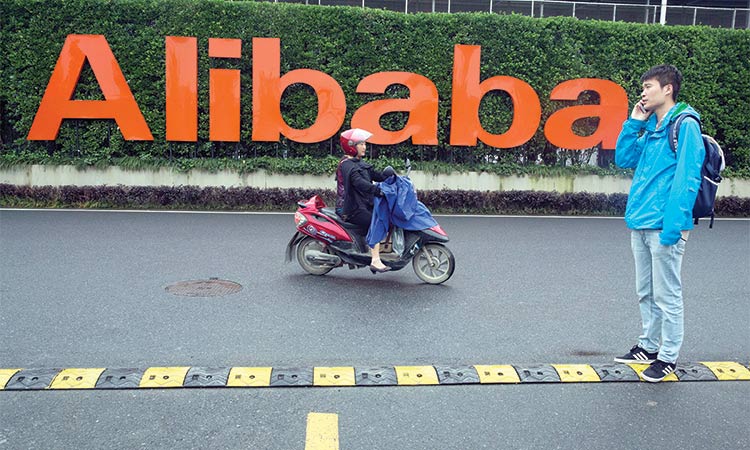 The headquarters of Alibaba Group in Hangzhou, China. Associated Press

Chinese e-commerce giant Alibaba Group Holding beat fourth-quarter revenue forecasts on Wednesday, thanks to growth in its core business and its diversification into cloud computing and other services.

Alibaba has invested in new business lines such as cloud computing as a boom in its core e-commerce has peaked and its top line growth is slowing.

It reported a 51% increase in group revenue for January-March from a year earlier to 93.50 billion yuan ($13.6 billion), beating estimates of 91.58 billion yuan, according to IBES data from Refinitiv.

While still solid, Alibaba’s top-line growth rates have slowed sharply from a few years ago, as have those of domestic rivals such as JD.com, which last week reported its slowest quarterly revenue growth since it listed in 2014.

Alibaba said it expects its revenue for the full fiscal year ending in March 2020 will top 500 billion yuan, which would be a 33% increase on the previous year.

The group said its net income attributable to ordinary shareholders rose in the quarter to 25.83 billion yuan, from 7.56 billion yuan in the same period a year earlier.

Alibaba has made money primarily by selling advertising and promotional services to third-party merchants that list products on Taobao and Tmall, two of its e-commerce sites, but has in recent years invested heavily in cloud computing as well. It also opened 135 supermarkets in China under its Hema division, according to its earnings release.