Vodafone to offload business in NZ to Brookfield, Infratil - GulfToday 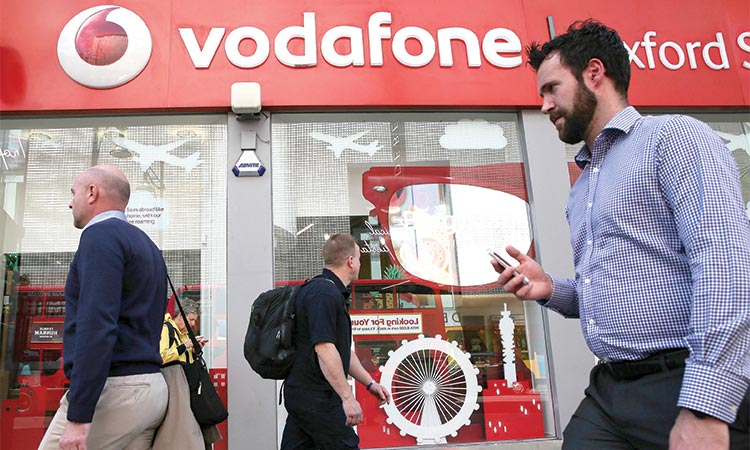 Vodafone Group agreed to sell its New Zealand (NZ) business for NZ$3.4 billion ($2.23 billion) to a consortium comprising of New Zealand-based Infratil and Canada’s Brookfield Asset Management, in a deal the British telecom giant says would help reduce its debt.

Vodafone has been trying to shrink its businesses in Australia and New Zealand to focus more on European markets, and is fighting regulators that last week moved to block a A$15 billion ($10.4 billion) deal to merge its Australian joint venture business with TPG Telecom.

“An important aspect of our strategy is the active management of our portfolio and deleveraging, which this transaction further demonstrates,” Nick Read, chief executive of Vodafone Group, said in a statement.

For Brookfield, which will co-own the business in equal 49% stakes alongside Infratil, the acquisition represents a small venture into a relatively new sector that could be scaled in other jurisdictions.

“Data has been one of the fastest growing commodities in the world. We expect this rapid growth to persist for the foreseeable future, driven by greater smartphone penetration, increasing video consumption, the advent of 5G networks and new and evolving uses.”

Vodafone New Zealand, one of the largest mobile operators in the country, has about two million mobile customers, compared to about 700 million for parent Vodafone Group as of Dec. 31, 2018.

The British telecoms firm had tried to sell Vodafone NZ to Sky Network Television for NZ$3.44 billion ($2.3 billion) in 2017 but failed to get regulatory clearance because of monopoly concerns.

Since then, Vodafone NZ axed thousands of jobs and restructured itself in preparation to a stock market float that never saw the light of the day.

The world’s No.2 mobile operator last week said it would fight a regulatory restriction to merge its Australian operations with internet firm TPG, as it steps up its battle to gain regulatory approval for its Liberty Global cable networks deal.

“This move is consistent with (Vodafone’s) strategy to exit assets in this part of the world and their pursuit of the TPG merger,” Credit Suisse analysts told clients in a note. On completion of the sale, Vodafone said it would enter into a deal with Vodafone New Zealand to allow it to use its brand name and certain services.

The sale is still contingent on regulatory approvals, including clearance from the Commerce Commission and the Overseas Investment Office, the companies said in separate statements.

New Zealand firm Infratil said in a statement the acquisition was “strategically and financially compelling” for its shareholders. It said it expected the conditions, which must be met within eight months of signing, will be satisfied by August, and completion will occur by Aug. 31.

Brookfield has engaged about 5 lenders to back its purchase, including The Bank of Tokyo-Mitsubishi UFJ and Australia and New Zealand Banking Group, according to market sources.

Brookfield, ANZ and MUFG did not immediately return requests for comment.

Vodafone will give Telefonica Deutschland wholesale access to its high-speed broadband network to try to help secure approval for its acquisition of Liberty Global’s cable business in Germany and eastern Europe.

The new boss of Vodafone slashed the mobile operator’s dividend on Tuesday, reversing a pledge to maintain the payout in order to secure enough firepower to build 5G networks and complete its acquisition of Liberty Global assets.

Nick Read, the former CFO who has been in the top job since October, said the decision to cut one of the biggest payouts in Britain had not been taken lightly, but showed the need to pay down debt and invest in the world’s second largest mobile player.

The company cut the full-year dividend to 9 eurocents a share from 15.07 eurocents in its financial 2018 year and below the 14.55 eurocents that had been expected.

Full-year results to the end of March showed the group came under intense competitive pressure in Spain and Italy, while impairments recorded earlier in the year pushed the group into a loss of 7.6 billion euros ($8.5 billion).

“These challenges weighed on our service revenue growth during the year, and together with high spectrum auction costs have reduced our financial headroom,” Read said.

“The board has made the decision to rebase the dividend, helping us to reduce debt.”

Vodafone’s German rivals criticised the deal, saying it would effectively recreate a business once owned by market leader Deutsche Telekom that was broken up on the orders of the regulator when it was sold.