Trump asks US companies to manufacture products at home - GulfToday 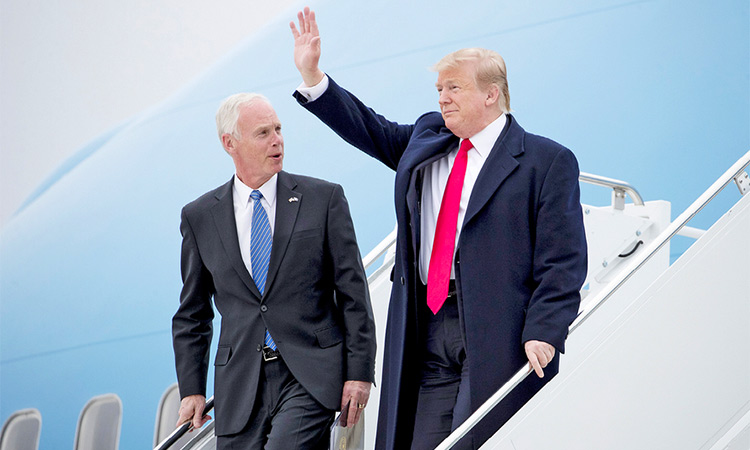 Amid rising fears over US-Chinese trade tensions and mounting tariffs, President Donald Trump has said that firms could easily avoid additional costs by producing goods in the United States. “Such an easy way to avoid Tariffs? Make or produce your goods and products in the good old USA. It’s very simple!” he said Saturday on Twitter, echoing a similar message he sent Friday − and even retweeted.

Trump had accused Beijing of reneging on its commitments in trade talks and ordered new punitive duties, which took effect on Friday, on $200 billion worth of Chinese imports, raising them to 25 per cent from 10 per cent.

He then cranked up the heat further, ordering a tariff hike on almost all remaining imports − $300 billion worth, according to US Trade Representative Robert Lighthizer − from the world’s second-biggest economy. Those tariffs would not take effect for months, after a period of public comment.

The developments came as two days of US-Chinese talks ended on Friday with no deal − but no immediate breakdown either − offering a glimmer of hope that Washington and Beijing could yet find a way forward. Only a week earlier, the two had seemed poised to complete a sweeping agreement.

Washington wants Beijing to tighten its intellectual property protections, cut its subsidies to state-owned firms and reduce the yawning trade deficit; China wants an end to tariffs as part of a “balanced” deal. While supporters laud Trump as a tough negotiator, free-trade-minded Republicans have warned that the tariffs could do real damage to the economy, and many farmers − including Trump supporters − say the tariffs have hit their bottom line.

Meanwhile, China and the United States have agreed to hold more trade talks in Beijing, Vice Premier Liu He said as US President Donald Trump ordered his trade chief to begin the process of imposing tariffs on all remaining imports from China.

Liu voiced a measured optimism on reaching a deal, but said there were “issues of principle” on which China would not back down.

“Negotiations have not broken down,” Liu, China’s chief negotiator in the talks, said in Washington on Friday, according to state television on Saturday. “Quite the opposite, I think small setbacks are normal and inevitable during the negotiations of both countries. Looking forward, we are still cautiously optimistic,” Liu said.

But Liu’s optimism was tempered by US Treasury Secretary Steven Mnuchin, who told CNBC on Friday that there were no further talks with China planned “as of now.” And on Saturday, Trump tweeted, “Such an easy way to avoid Tariffs? Make or produce your goods and products in the good old USA. It’s very simple!” The United States escalated a tariff war with China on Friday by hiking levies on $200 billion worth of Chinese goods in the midst of last-ditch talks to rescue a trade deal. Trump had delayed the tariffs as negotiations between Washington and Beijing were progressing.

On Friday, Trump issued orders for the tariff increase, saying China “broke the deal” by reneging on earlier commitments made during months of negotiations.

China strongly opposes the latest US tariff hike, and as a nation, has to respond to that, Liu told a small group of Chinese reporters in the video clip.

“Right now, both sides have reached mutual understanding in many things, but frankly speaking, there are also differences. We think these differences are significant issues of principle,” Liu said. “We absolutely cannot make concessions on such issues of principle.” He added that talks would continue in Beijing, but gave no details. But underscoring a lack of progress in the talks, Trump ordered a further escalation of tariffs.

Trump’s move would subject about $300 billion worth of Chinese imports to punitive tariffs, US Trade Representative Robert Lighthizer said in a statement on Friday. Lighthizer said a final decision has not been made on the new duties, which would come on top of an early Friday tariff rate increase, to 25% from 10%, on $200 billion worth of Chinese imports.

Three differences remain between the two countries, according to China’s account of the latest talks.

One of those is over tariffs, Liu said, according to a transcript of the Q&A published by Phoenix, a Hong Kong-based television station that is close to Beijing. China believes that tariffs were the genesis of the trade dispute, and that if both sides wanted to reach an agreement, then all tariffs must be eliminated, Liu said.

The second is about procurement, on which an initial consensus was reached between the leaders of the two countries in Argentina late last year. The two sides now have differing views on the volumes, Liu said. The third is over how balanced the text of the draft agreement should be, he said.

“Every nation has its dignity, so the text ought to be balanced,” Liu said.

Sources told Reuters this week that China had deleted its commitments in the draft agreement that said it would change laws to resolve core complaints of the United States: theft of US intellectual property and trade secrets; forced technology transfers; competition policy; access to financial services; and currency manipulation. 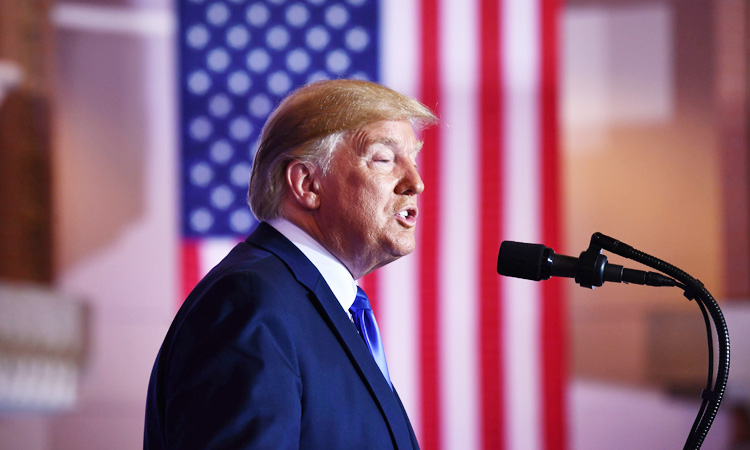