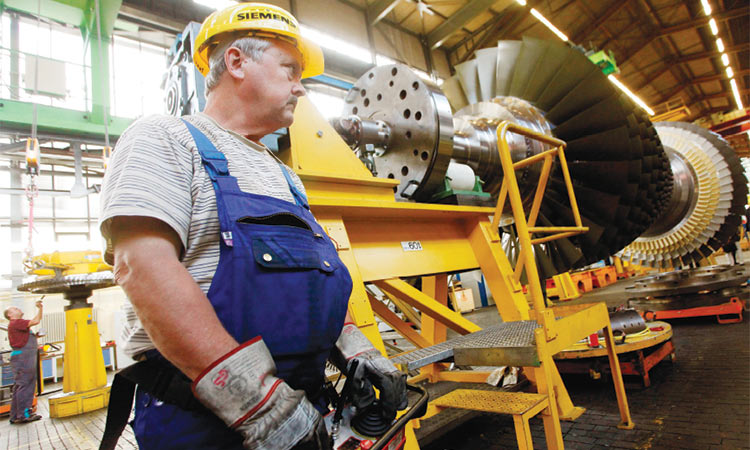 An employee at a gas turbine manufacturing plant in Berlin. Agence France-Presse

The German engineering company said it would hand over to existing investors shares in the Gas and Power unit that has suffered from collapsing demand and cut-throat price competition as customers abandon fossil fuels and switch to renewable energy.

That announcement and a 7 per cent rise in industrial profit for January to March helped Siemens shares rise nearly 4 per cent.

The separation is the latest overhaul by Siemens Chief Executive Joe Kaeser who floated Siemens’s Healthineers business last year and its wind power business in 2017.

Siemens has been divesting its businesses one by one, avoiding the attention of activist investors who have sought the break up of other conglomerates, particularly in German-speaking nations where employees and customers traditionally receive equal consideration to shareholders.

“The spin-off of the Gas and Power division announced for 2020 and the savings and return targets announced in the run-up to today’s capital markets day are the measures we have long been asking for to make Siemens more competitive,” Union Investment fund manager Christoph Niesel said.

Kaeser, who has led Siemens since 2013, has also spun off its healthcare business, merged its wind-power operations with Spain’s Gamesa and sold the group’s remaining home-appliance business to joint-venture partner Bosch.

“It is about further developing a company, which is changing fundamentally,” Kaeser said. “Our maximum priority is to stabilise a company which is sound and strong in its core.

“Many companies dream of being in the situation Siemens is in,” he told a news conference in Munich.

The move comes as activist investors have been stepping up their efforts to break up conglomerates, whose shares often suffer from a discount because they span many different sectors and are more complex to run than single-industry companies.

Submarines-to-elevators group Thyssenkrupp bowed to shareholder pressure this year and said it would scrap its multi-layered structure, which has long been criticised by investors for adding costs and slowing down decision-making.

Swiss industrial robot maker ABB has also agreed to sell its power grids decision which was seen as a drag on the rest of its operations.

Kaeser said the decision to separate Gas and Power was not taken easily, but he was convinced it was right.

“We know we cannot stand still,” Kaeser said. “This is simply the best solution from a Siemens investor viewpoint.”

“If you take a business which earns under proportionally and retains an overproportional amount of capital, and you take that out of the capital equation, then the numbers will be very different,” he said.

The listing of Gas and Power in Germany, which is due to be completed by September 2020, will create a company with sales of 30 billion euros and more than 80,000 workers.

Following the overhaul Siemens’s industrial core would be its Digital Industries unit, which offers industrial software and automation solutions for factories, and Smart Infrastructure, which makes fire safety and security products, grid control or energy storage systems for buildings.

By ditching the lower-margin Gas and Power operations and focusing on these areas, Siemens would be able to raise the target for its industrial business to 14 to 18 per cent from the current goal of 11 to 15 per cent, the company said. “Synergies do not create growth, focus does,” Kaeser said.

Meanwhile, Siemens Gamesa expects its project pipeline for building more windfarms in the second half of the year to bolster faltering profitability, the chief executive of the Spain-based turbine maker said in Madrid, Spain. Builders of wind energy converters have seen margins squeezed as governments cut subsidies and suppliers have had to lower prices to win contracts.

The company’s earnings before interest and tax (EBIT) margin slipped nearly one per centage point to 7.5 per cent in January to March, but CEO Marcus Tacke said investors should expect the firm to meet the mid-point of its guidance of between 7 and 8.5 per cent for the full year.

The company sees “a significant amount of activity going on in the second half of the year, during the summer campaign, and that will push revenue,” Tacke told Reuters. 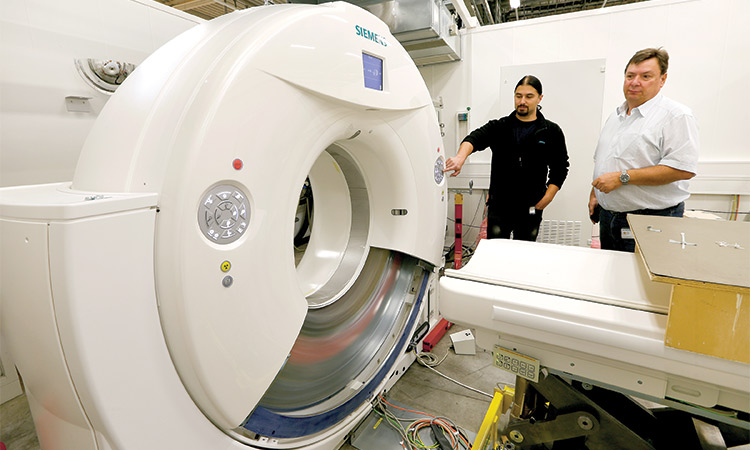 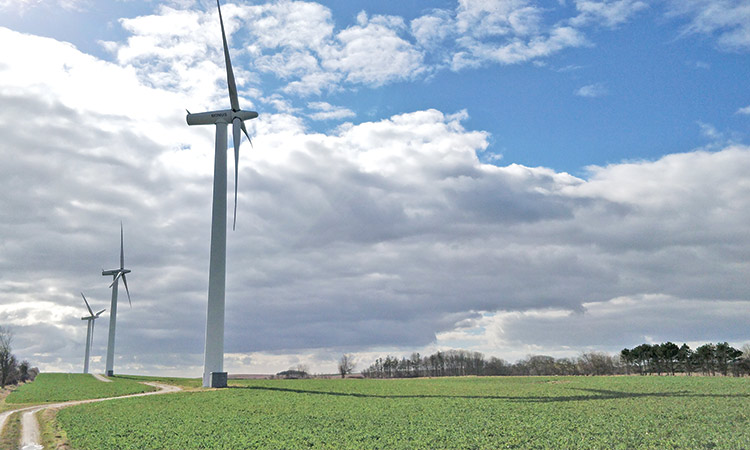 Leading global wind turbine manufacturers Vestas and Siemens Gamesa have roots in Denmark, which now covers around 30 per cent of its energy needs with renewables. The wind turbines filling fields nearby flag the origins of a future-focused business.