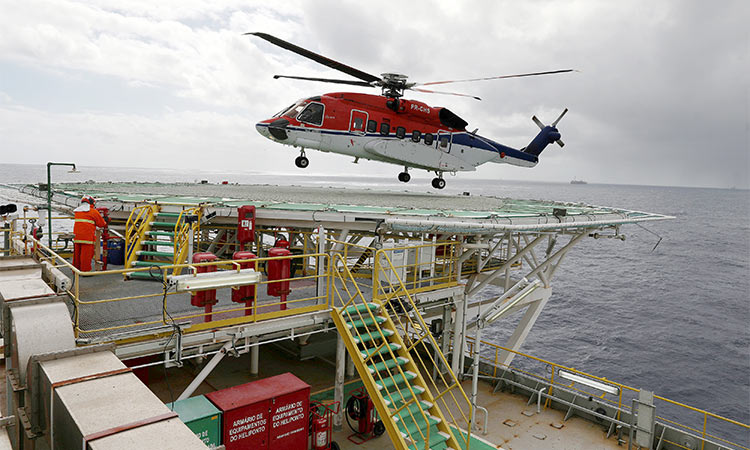 A Petrobras’ oil rig in the Santos basin, Brazil. Reuters

Brazil’s Petroleo Brasileiro (Petrobras) drew appreciation from investors last month for announcing a plan to sell off eight of its refineries in a process the company says could fetch some $15 billion.

But analysts and industry experts say that while the divestments will help Petrobras shore up its finances, it may fail to create a competitive refining market in Brazil, an oft-stated goal of regulators and Petrobras executives.

That’s because the company is hanging onto its refineries in the states of Sao Paulo and Rio de Janeiro, home to over 60 million Brazilians. They collectively process about 1.1 million barrels of oil per day, according to Brazil’s oil regulator, about half of the company’s total capacity.

“I think it’s a little bit for show to make it seem like the refining market is being opened up,” said Alberto Barriga, a former refining executive at Petrobras and a partner at consultancy Bizup. “But it won’t make any difference in terms of competition as the distance between refineries is large and transport will be too expensive (to move fuel between regions).”

In response to questions from Reuters, Petrobras said its refineries in Sao Paulo and Rio de Janeiro will be subject to competition from fuel imports and cabotage, or the transport of fuel from other refineries within Brazil.

It added that four of the five refineries it will retain are integrated by pipelines and other infrastructure, making the sale of individual assets difficult. In addition, the facilities’ proximity to Brazil’s prolific Campos and Santos offshore oil basins supports its view that they are strategic, Petrobras added.

That intervention and a more recent one by new President Jair Bolsonaro underline how politics often impinge on the Brazilian energy sector.

Some analysts have said breaking up Petrobras’ monopoly on refining could help lower prices at the pump by boosting competition and lessen the firm’s exposure to meddling from Brasilia.

But the prospect of political interference could dampen investor interest in the refineries.

Petrobras’ plan to retain the refineries in the country’s economic sweet spot could also run afoul of antitrust regulator Cade, which in December opened an inquiry into Brazil’s refining market.

“Whatever model Petrobras ends up using is going to have to pass through Cade. Does it stimulate competition? Or does it generate regional monopolies?” said Adriano Pires, a consultant for Brazil’s Center for Infrastructure.

“It could be that Cade makes them sell something (in Rio or Sao Paulo).”

Among the natural buyers for the refineries are national fuel distribution firms such as Raizen and Ipiranga, the fuel distribution unit of Ultrapar Participacoes, as well as trading firms that have established a presence in Brazil such as Glencore and Vitol, analysts say.

Petrobras distribution unit Petrobras Distribuidora SA is also seen as a potential candidate after its planned privatization. But for a successful sale, the government will have to prove its free-market credentials. “The government has to decide if it believes in the market or not,” said Edmar de Almeida, a professor and researcher and the Federal University of Rio de Janeiro.

Meanwhile, Anglo-Australian mining giant BHP is facing a landmark, $5.0 billion damages claim in England for being “woefully negligent” in the run-up to a 2015 dam failure that led to Brazil’s worst environmental disaster, a lawsuit alleges. The claim, which will be largest group action to be heard in England, was served on the miner on Tuesday on behalf of 235,000 Brazilian individuals and organisations, including municipal governments, utility companies, indigenous tribes and the Catholic Church, according to law firm SPG Law.