Long-term foreign investment gets ready to pour into Brazil 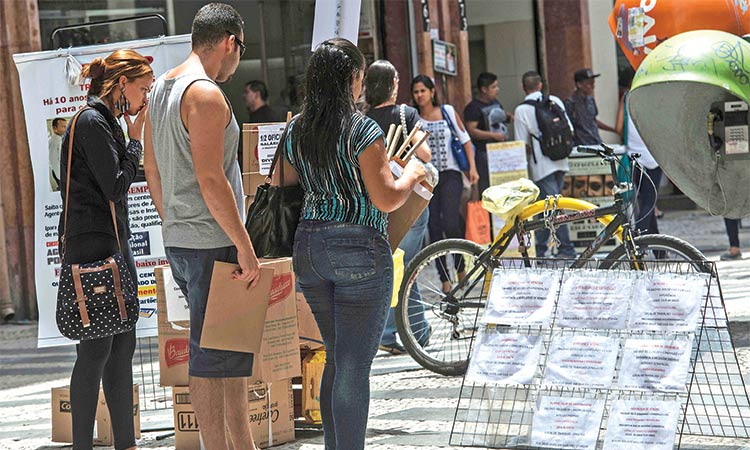 Long-term foreign investment of well over $100 billion a year is ready to pour into Brazil if the government passes business friendly reforms, according to some economists, providing fuel for an economy that failed to take off following a brutal 2015-16 recession.

Brazil ranks second only to China among emerging markets in terms of drawing foreign direct investment, or FDI, in recent years. However, economists say much more capital is waiting on the sidelines and how much of that makes it into the country will depend on the passage of a landmark social security bill.

If Congress passes a stronger version of President Jair Bolsonaro’s signature economic reform, the conditions are in place for a prolonged investment boom, many analysts and Brazil watchers argue.

Approval would stop the rot in public finances and open the door to waves of privatisation, deregulation and tax cuts by making it more attractive for foreign companies to invest in Brazil, they say. Interest rates are already at a record low and Bolsonaro’s economic team and the central bank share a pro-growth agenda.

The possibility of investment-led recovery in Latin America’s largest economy is far from idle speculation.

By some measures, foreign investment in Brazil is already near record levels, despite the perception that uncertainty surrounding the sputtering pension reform push is deterring outside investors.

Central bank data show that Brazil attracted $21.1 billion total FDI inflows in the first quarter of the year, slightly higher than $20.9 billion in the same period a year ago. That leaves Brazil on course to match or exceed the 2018 total of $88.3 billion.

“Brazil is one of the bright spots in the world in terms of FDI,” said Martin Castellano, head of Latin American research at the Washington-based International Institute of Finance (IIF).

“There’s obvious uncertainty linked to pension reform, but the government’s overall policy agenda should support FDI going forward,” he said, predicting that FDI will rise to 4.9 per cent of gross domestic product this year from 4.7 per cent last year.

Many foreign investors warmed toward Brazil after President Dilma Rousseff was impeached and removed from office in August 2016, ending 13 years of Workers Party rule and ushering in a more business-friendly agenda under her successor, Michel Temer. In nominal terms, 2018 was the third-best year on record for FDI flows into Brazil, after $102.4 billion in 2011 and $92.6 billion in 2012 in the midst of a commmodities-led boom.

As a share of global FDI flows into emerging markets, last year was even better.

A Reuters analysis of data compiled by the IIF shows FDI into Brazil by that measure - 16.2 per cent - was the highest in 2018 since the institute started collecting the data in 2000.

As a share of Latin America-bound FDI, Brazil accounted for 58.0 per cent last year, the highest since 59.4 per cent in 2010. That should rise to 59.1 per cent this year, the IIF predicts.

While his right-wing social agenda has stirred controversy, President Bolsonaro’s pledge since taking office in January to simplify taxes and slash an onerous public deficit by reforming Brazil’s pension system have won backing in business circles.

“This could drive a desperately needed capital spending cycle in an economy that has been starved of investment in recent years,” he said, predicting that FDI inflows could jump to more than $100 billion next year if reforms gain traction.

Infrastructure, transportation, electricity, and oil and gas are areas likely to attract particularly strong interest from abroad, reckons IIF’s Castellano. Political instability in recent years has crimped investment in these areas, but they are now being opened up via concessions and privatisations.

A wave of foreign investment in the power industry following structural reforms under Temer has already shown how a more stable outlook can draw long-term buyers.

“We have an ambitious investment program and we are very confident in the opportunities in the energy transmission sector (in Brazil),” said Reynaldo Passanezi, chief executive of ISA Cteep, a power transmission company controlled by Colombia’s ISA .

“Some ‘shop windows’ can have a multiplier effect, and the transmission industry may be one of those shop windows. If it works out in one sector, that attracts investment to several sectors and ends up being interesting for the country,” he said.