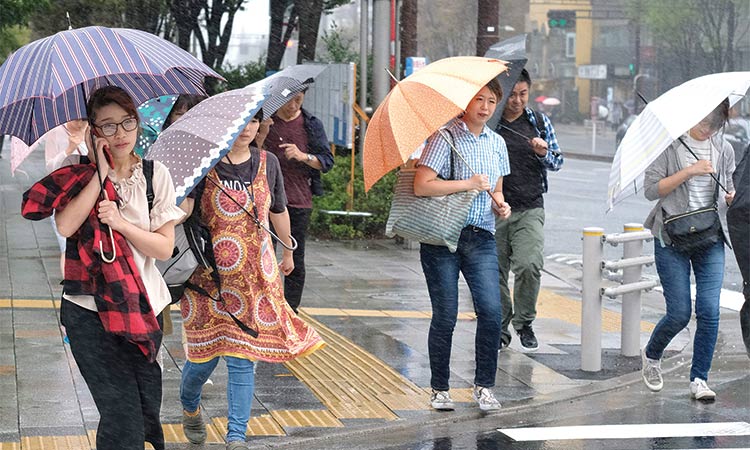 Office-goers on a rainy day in Tokyo. Agence France-Presse

Many firms now ask employees to focus on their clients rather than their bosses, set their own goals instead of waiting for orders and allow them to work from home, avoid overtime and take more vacation.

Japan’s labour shortage eats away at back-breaking work culture. Human resources experts say this shift is not yet the norm in Japan. But it is becoming increasingly common and already affecting economic growth and labour productivity.

Reforms introduced in April could accelerate it. Companies will now face penalties if they don’t limit work hours or make it easier for staff to take vacation.

When she worked in sales for a Japanese bank, Chihiro Narazaki was passed over for the best assignments in favour of older colleagues. Her input was discouraged and she often stayed late just to do routine paperwork.

The 29-year-old knew where this was heading: her father, who works in pharmaceutical sales, had a similar lifestyle, which she describes as “stuck in time.”

Determined to avoid that fate, she found a new job, selling software for Cybozu Inc. She says she now sets her own goals, her voice is heard, and her presence is not mandatory.

“Sometimes I work from home, go visit a client, and then go back home to do more work,” said Narazaki, who has taken up yoga. “We have a lot of freedom.”

“At my previous employer, what you did was determined by how old you were,” she added. “It was a shame because people couldn’t use or develop their skills.”

“Companies had created a system that rates you on hours worked, and that’s how you got ahead in the corporate world,” said Yoshie Komuro, head of Work-Life Balance, which advises the government on labour reforms. “Now it’s becoming a question of how you can produce results with limited resources in Japan.”

Since then, average work hours have fallen at the fastest rate in the Group of Seven industrialised economies, beating the average among members of the Organisation for Economic Cooperation and Development.

For Cybozu, those gains translate into double-digit annual growth rates in sales.

Older staff say their company once had a bad reputation for working employees into the ground. At one point, 28 per cent of its workforce left in one year because of overwork.

Now the attrition rate is 5 per cent, and the company has stopped advertising positions on third-party websites. 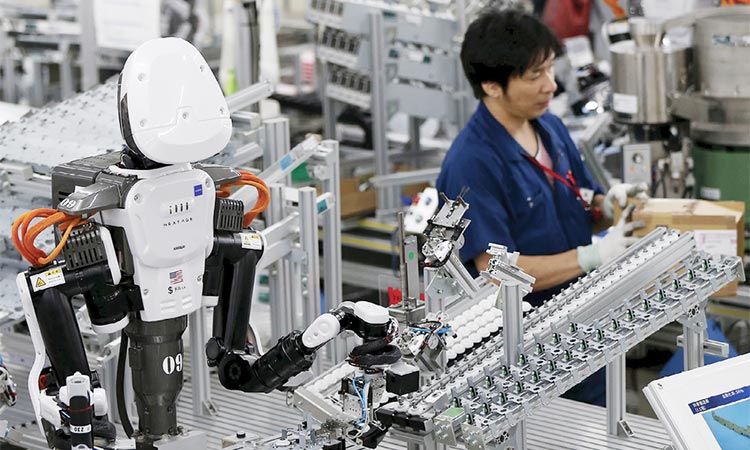