Hotels in Abu Dhabi flourish as tourism picks up.

Events such as the AFC Asian Cup, IDEX exhibition, Special Olympics World Games, and the Retail Abu Dhabi shopping festival, alongside the popularity of in-demand new attractions including Warner Bros. World Abu Dhabi, the Al Hosn cultural site and Qasr Al Watan Library all provided a significant boost to the emirate’s appeal as a tourism destination for the first three months of the year.

In total 1.29 million visitors were guests of Abu Dhabi’s 169 hotels and hotel apartments during Q1, a modest increase of about 6,600 over the same period in 2018. For the first three months of the year, the figures also show Abu Dhabi has enjoyed a 2.1 per cent increase in the average length of stay of all guests.

Commenting on the results, Saif Saeed Ghobash, DCT Abu Dhabi Under-Secretary, said, “These numbers confirm our strong start to 2019 and that our efforts and strategic planning are proving successful. The Q1 figures were without doubt boosted by visitors inspired by all Abu Dhabi offered in the first three months of the year.

“We will continue to focus on our key markets in the second quarter of this year, promoting more world-class events. Abu Dhabi International Book Fair saw an increase of 18 per cent in visitor figures, attracting experts, authors and book fans from across the world. We are confident that we will build on our strong start to the year, and we look forward to seeing our metrics in positive territory as we head towards summer.” For hotel guests, there were marked increases for visitors from the USA, with a 13.8 per cent rise for Q1. Average length of stays for visitors from the UK, China, India and the Kingdom of Saudi Arabia also saw increases. The first quarter also witnessed a 51 per cent rise in visitors coming to Abu Dhabi for leisure purposes compared to last year.

The appeal of the emirate was boosted by recent additions to Abu Dhabi’s hotel portfolio, with a number of major properties including the Abu Dhabi Edition, which is the first Edition brand hotel in the Middle East and North Africa region, alongside the Jumeirah Saadiyat, Saadiyat Rotana and Jumeirah Al Wathba properties which all opened in recent months.

The second quarter of the year is a reliable period for attracting tourists, with marquee events such as the Al Dhafra Water Festival, the Jiu Jitsu Championship and Eid Festival all taking place.

Dubai also welcomed more than 4.75 million international overnight visitors in the first quarter of 2019, posting an over two per cent increase in tourism volumes compared to the same period last year according to the latest data released by Dubai’s Department of Tourism and Commerce Marketing.

Commenting on the announcement, Helal Saeed Almarri, Director-General of Dubai Tourism, said, “Tourism as a sector continues to be one of the most interconnected, and consequently highly diversified pillars of Dubai’s GDP, making our economic contribution imperative for collective growth.”

“Our Vision 2022-25, as set out by His Highness Sheikh Mohammed Bin Rashid Al Maktoum, Vice President, Prime Minister and Ruler of Dubai, is backed by several targeted strategic programmes for delivery by 2020-22, of which over 70 per cent are well underway. We recognise the need for accelerated delivery to ensure that Dubai becomes the number one most visited, preferred and revisited global city for both leisure and business travellers.”

India drew the highest visitation with 564,836 visitors, followed by a strong 411,586 tourists from Saudi Arabia remaining the highest traffic volume generator for the GCC. 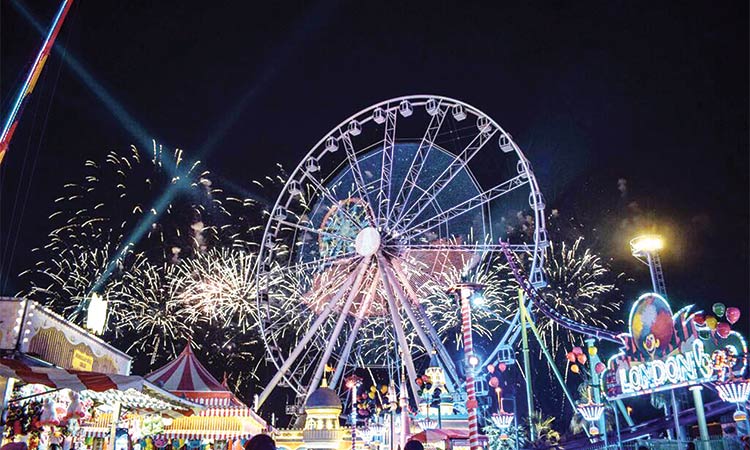 As key players in Dubai’s travel and hospitality sectors accelerate efforts to revitalise the tourism industry, several top attractions have opened their doors again to provide diverse experiences to UAE residents and tourists,

Global stocks were mixed on Tuesday ahead of a deadline to agree a pre-election US stimulus package, dealers said. In Europe, London and Paris stocks were higher in afternoon trades but Frankfurt lapsed into the red after an uninspiring performance in Asia.

The UAE has been ranked among the top three global commodity trading hubs, according to Dubai Multi Commodities Centre’s (DMCC), latest Future of Trade 2020 report. 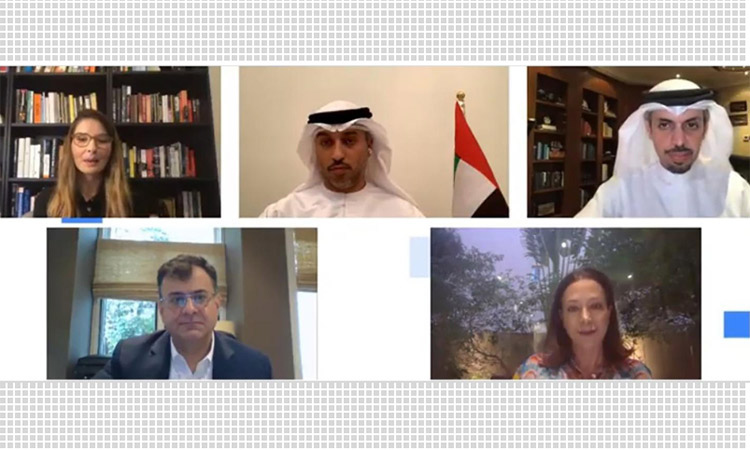 The Ministry of Economy, UAE and Dubai Chamber, which is the key local partner for the” Grow Stronger with Google” programme, discussed digital transformation in the small and medium enterprise (SME),