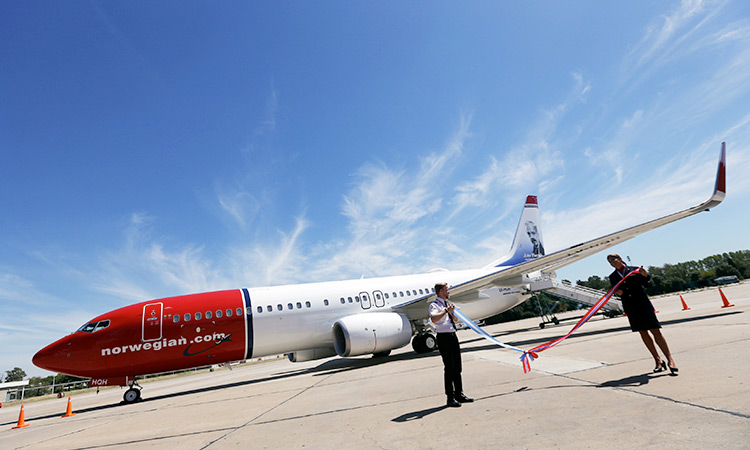 Norwegian Air filled more seats on its planes and earned higher revenues per customer in April while dealing with the grounding of its 18 Boeing 737 MAX aircraft, it said, sending the company’s shares sharply higher in early trade.

The company said last month that the global grounding of 737 MAX jets, which followed deadly crashes of airliners in Indonesia and Ethiopia, could scupper Norwegian’s plan to return to profitability this year.

So far however, the carrier has managed to limit the impact from the grounding of around 11 per cent of its fleet by combining flights and offering passengers alternative departures, it said.

Norwegian’s load factor, the percentage of seats sold, rose to 86.1 per cent from 83.0 per cent a year earlier, beating an analyst forecast of 85.9 per cent.

Yield, a measure of revenue per passenger carried and kilometres flown, rose to 0.41 Norwegian crowns ($0.0471) from 0.33 crowns in March, topping the 0.38 crowns expected by analysts in a Reuters poll. While analysts had anticipated an income boost, there had been uncertainty about the impact of the 737 MAX groundings, as well as a strike among pilots at rival SAS.

“Overall, the traffic report implies that (earnings) estimates should increase,” wrote Pareto Securities, which holds a buy recommendation on the stock with a share price target of 100 crowns.

Norwegian’s shares rose nine per cent in early trade and were up 6.6 per cent, trading at 41.60 crowns.

Norwegian has curbed its rapid growth this year to focus on cutting costs and turning a profit. It also raised 3 billion crowns from shareholders to boost its balance sheet.

“I’m very pleased with the positive development in April, as well as the last two months as a whole; both in terms of passenger numbers, revenue and on-time performance,” Chief Executive Bjoern Kjos said in a statement.

“We will continue to work on returning to profitability and at the same time offer our customers a high-quality product at a low fare,” he said.

Norwegian’s capacity expansion, as measured by available seat kilometres (ASK), peaked at 51 per cent growth year-on-year last June and has since declined, hitting 7 per cent in April, lower than the 8.8 per cent that analysts forecast on average. 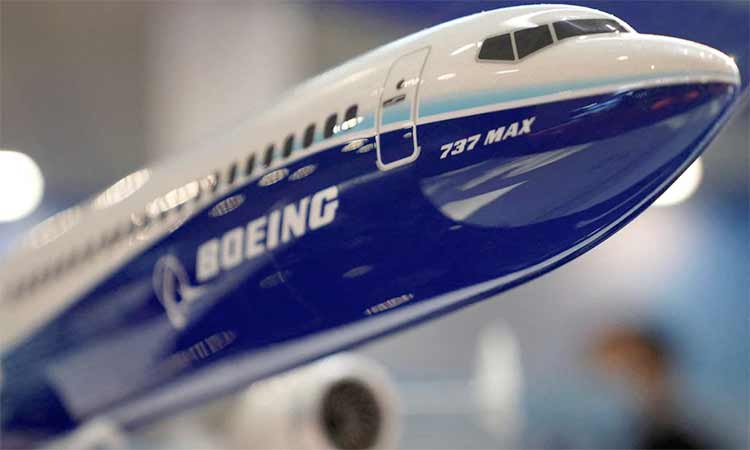 Flight BOE631 from Guam came more than three weeks after the first 737 MAX bound for a Chinese customer since a 2019 grounding began its journey from Seattle to Boeing's completion plant in Zhoushan.