Egypt economy grows for the first time in 17 months - GulfToday 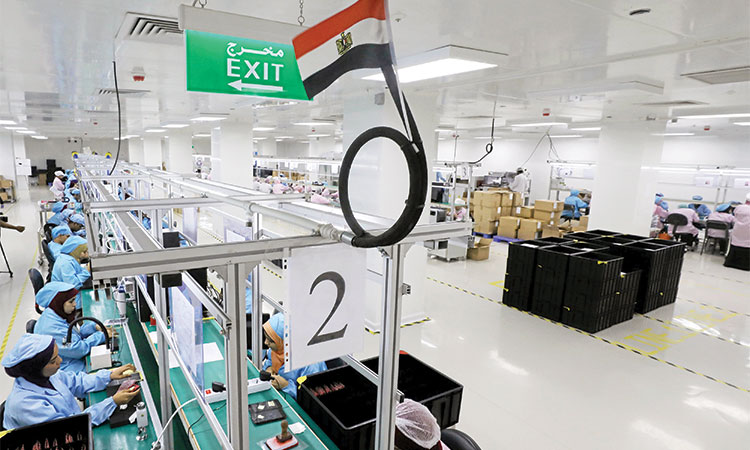 Summary The seasonally adjusted Emirates NBD Egypt Purchasing Managers’ Inded (PMI) – a composite indicator designed to give an accurate overview of operating conditions in the non-oil private sector economy – rose from 49.9 in March to 50.8 in April, signalling the first improvement in overall business conditions since August 2018. Furthermore, the PMI reading was the highest observed in over three-and-a-half years.

International demand for Egyptian non-oil private sector output fell slightly at the start of the second quarter, but the pace of decline was the least marked in four months. Some firms noted a lack of new foreign contracts and a shift in focus towards domestic sales. That said, others saw higher demand from new markets such as Italy, Turkey and Japan.

The resurgence in demand led to a rise in backlogs at Egyptian firms in April, following two successive monthly declines. Firms that saw a rise in outstanding business related this to poor liquidity. However, changes to backlog levels have been fractional since the beginning of the year, with most panellists recording no change.

Vendor performance was again broadly unchanged at the start of the second quarter of the year. The seasonally adjusted Suppliers’ Delivery Times Index edged up fractionally to post just below the 50.0 threshold that separates improvement from deterioration. In general, supply chains have been relatively settled since late-2018.

Non-oil private sector employment grew in April for the first time in eight months. That said, the rate of growth was fractional, with the respective seasonally adjusted index just above the 50.0 threshold. While some businesses highlighted the need for more staff in the face of increasing demand, others reported a fall in staffing due to retirements and people leaving for new companies.

Output prices across Egypt’s non-oil economy were broadly stable in April, as has been the case since last November. Due to declining sales in previous months, some respondents stated that they lowered prices in order to attract new customers and stimulate the market. At the same time, others increased charges due to higher costs.

The overall rate of input price inflation remained subdued in April, despite accelerating from March. The respective seasonally adjusted index recorded its second-lowest reading in the series history, which began eight years ago.