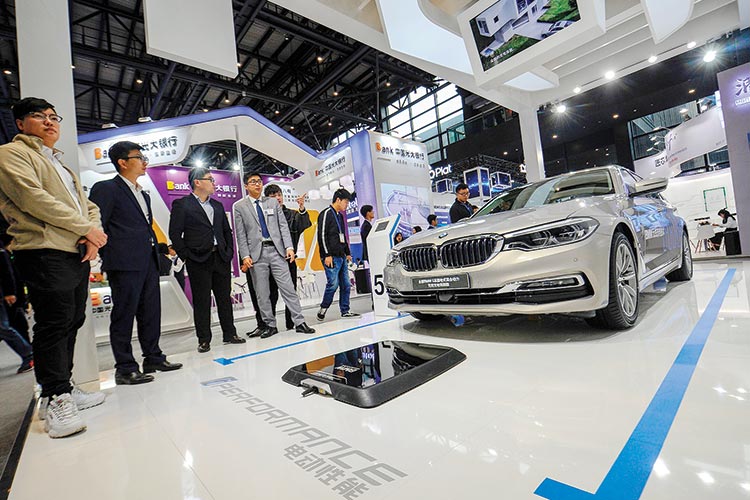 A BMW electric car during an expo in Zhejiang, China. Agece France-Presse

BMW’s first-quarter operating profit fell 78 per cent to 589 million euros, despite higher deliveries of luxury vehicles, as the carmaker felt the effects of higher investment spending and a 1.4 billion euro ($1.6 billion) legal provision.

The European Commission last month told German carmakers they face hefty fines for alleged collusion in the area of emissions filtering technology. BMW denies participating in anti-trust activities and is contesting the allegations.

Adding to the downbeat tone, the company reiterated that it expects group profit before tax to be well below the previous year’s level.

BMW’s first-quarter earnings before interest and taxes were below the 666 million euros forecast in an analyst poll, weighed down by a 36 per cent jump in spending on property, plants and equipment to convert its factories to build electric cars.

Analysts said BMW’s results were underwhelming, adding that sales of electric and hybrid cars were not stellar. Shares fell 1 per cent after the market opened.

“Business is not doing well at BMW,” NordLB analyst Frank Schwope said. That view was shared by Evercore ISI analyst Arndt Ellinghorst who said: “BMW has entered a period of weakness. The question is, how long will it last?”

The carmaker struck to its full year outlook of an increase in vehicle deliveries, and its goal of aiming for an EBIT margin of between 8 per cent and 10 per cent.

Due to the antitrust proceedings, it expects a margin in the automotive segment of between 4.5 per cent and 6.5 per cent, the carmaker said.

Investments into new technologies and the rising cost of complying with stricter carbon emissions legislation are also likely to have a dampening effect on earnings.

To counter rising costs, BMW said it would cut the available engine and gearbox combinations by 50 per cent and seek efficiency savings of more than 12 billion euros by the end of 2022.

BMW said on Tuesday its automotive division delivered an operating loss in the quarter.

Excluding the impact of the legal provision to cover a potential anti-trust fine, BMW’s automotive division delivered an operating margin of 5.6 per cent in the first quarter.

BMW said it will contest the European Commission’s allegations that its participation in industry working groups amounted to anti-competitive behaviour.

“The participating engineers from the manufacturers’ development departments were concerned with improving exhaust gas treatment technologies. Unlike cartel agreements, the whole industry was aware of these discussions,” the carmaker said.

BMW did not make secret agreements to the detriment of suppliers or its customers, the carmaker added. 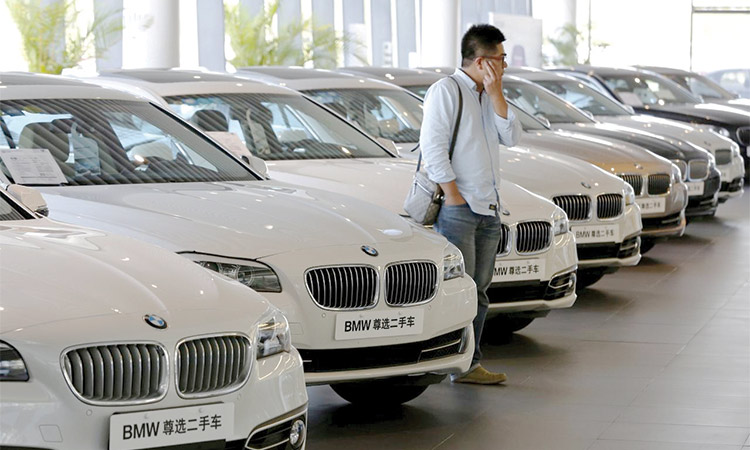