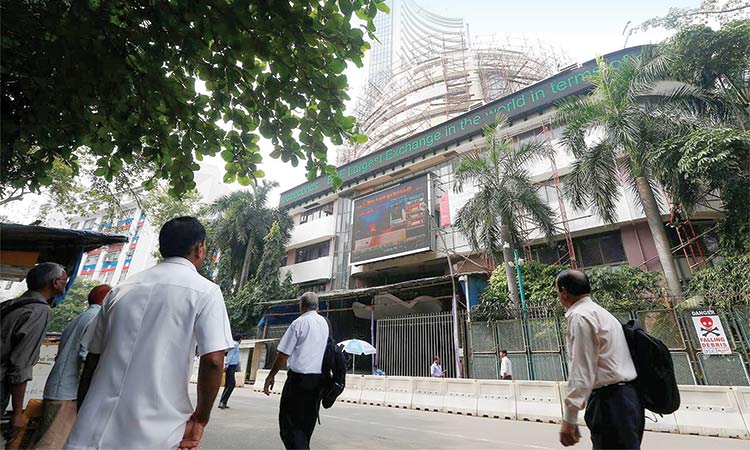 The US move is being seen as an unexpected and a major escalation in trade tensions between the two big economies.

“Indian markets opened gap down dragged down by escalation in US-China trade tensions. Markets later remained in a range before closing near their opening levels. Market volumes were lower than the recent average as buyers stayed away amidst tense times,” said Deepak Jasani of HDFC Securities.

“Market slid as an unexpected threat to US-China trade tariffs influenced investors to book profit. A weak rupee and a mixed bag of quarterly result further impacted the sentiment, while consolidation in oil prices and 10-year yields are the positive triggers for the Indian market,” said Vinod Nair, Head of Research, Geojit Financial Services.

“Any further escalation in trade tensions may impact the flow of foreign funds to the domestic market which may lead to sideways movement in the near term,” he added.

Among the top Nifty50 losers were Tata Motors, Yes Bank, Titan and Zee Ltd, declining in the range of 4 to 7 per cent. Yes Bank fell after a downgrade by rating agency ICRA, while Titan came under selling pressure due to valuation concerns.

Tata Motors fell after reports that it could phase out small diesel cars from its portfolio as demand is expected to slow down after the implementation of the new BS-IV emission norms.

In contrast, state-run Bharat Petroleum Corporation gained the most as UK Brent oil prices eased to go below the $70 a barrel-mark.

Insufficient income growth may have pushed the Indian household to cut down on its consumption and the pattern of this consumption slowdown is “disturbing”, according to a recent report that takes into account both macro and micro data.

A Kotak Institutional Equities Research report says the next government may have to face the burden of reviving the country’s flagging economic growth.

“The weak volume growth reported by consumer staple companies in 4Q (fourth quarter) FY19 underlines the slowdown seen in housing over the past 5-6 years and in automobiles over the past year,” the report said.

“Housing demand has been weak for the past several years and property prices broadly stable. The overall expenditure on residential real estate is down meaningfully, which is amplified as a larger decline in the household physical savings rate in national savings data as the base has grown over this period,” it added.

The report noted that auto sales volumes saw a slowdown from the second half of the last fiscal and in general consumption, based on volumes of consumer staple companies, from the fourth quarter.

A combination of monetary stimulus and structural reforms may help revive growth over time, but India’s high and “persistent fiscal deficit, faltering tax revenues and broken business models in agriculture and infrastructure rules out further fiscal stimulus”, the report said.

While the liquidity problems of non-banking finance companies (NBFCs) and solvency challenges are still a concern, the improvement in the balance sheets of banks can support overall credit growth by offsetting the NBFCs’ likely lower loan disbursement, it added.

“The new funds will be used to finance our growth through penetration into markets with more investment in the first mile, scaling-up of its supply chain and for developing new reseller channels,” said the city-based Supermarket in a statement here.

Alibaba group, which led the previous Series E round of Supermarket in 2017, participated in this funding round.

“Alibaba aims to enable the growth of local Indian firms like Supermarket that are re-defining segments and consumer behaviour as more users go online across the country,” said the statement.

London-based CDC, which has been investing in India over the last three decades, has committed to invest $1.7 billion as an investor in about 300 firms across the country.