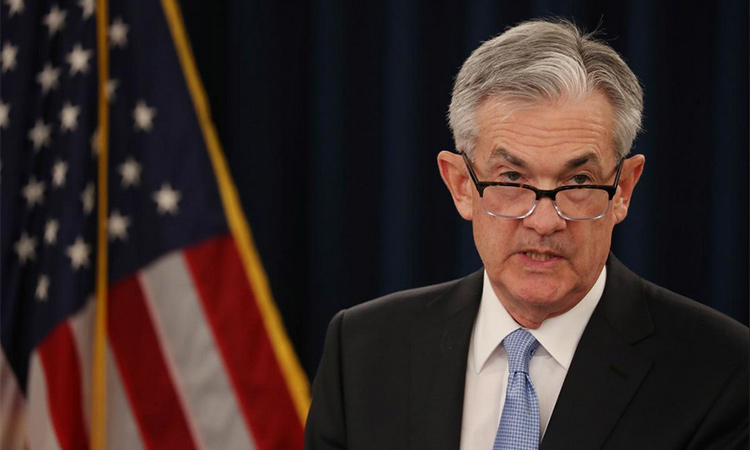 Federal Reserve Chairman Jerome Powell was criticised by analysts and investors this week when he seemed to set aside concerns about weak US inflation, repeatedly describing its recent decline as temporary and dimming market expectations of an interest rate cut.

But in a series of statements and speeches since last fall, Powell, Fed Vice Chairman Richard Clarida and others have been consistent: The idea of preemptive “insurance“rate moves in either direction appear off the table for now, absent some unexpected event that raises new risks or shocks the economy into a higher or lower gear.

Just as they no longer feel the need to get “ahead of the curve,“and raise rates in plenty of time to prevent inflation from rising too fast in the future, neither do they feel the current US economy, with a 3.6 per cent unemployment rate and growth above its long-term trend, needs an extra push and lower borrowing costs from the US central bank.

Even after recent data showed core inflation, which excludes the impact of food and energy, at just 1.6 per cent, well below the Fed›s 2 per cent target, Clarida said on Friday the central bank remains “at or close to“its mandated goals of maximum employment and stable prices.

More important, he regarded expectations about future inflation as “stable,“a sign he thinks inflation is less likely to slip further.

“With the economy operating at or close to the Fed›s dual-mandate objectives... we can, I believe, afford to be data-dependent“and watch the flow of information for signs of change or developing risks, Clarida said in a speech at the Hoover Institution at Stanford University.

Clarida›s remarks are one side of a sharp debate within the Fed about how to respond to an economy that is, on many levels, doing well, but also not behaving as expected. In particular, the current rate of unemployment, at a 50-year low, would be expected to lead to higher inflation as businesses bid up the price of labour, and workers bid up the price of goods.

It is an issue deeper than can be settled with a single rate cut. Indeed, the Fed›s view is that inflation is shaped largely by public and market psychology - with tight labour markets and resource constraints, and an array of those “transitory“factors cited by Powell pushing it narrowly around that underlying level.

Rising productivity and other forces may be holding inflation back in a systematic way, allowing for even more growth without price pressures. That›s the argument White House officials have used to justify their demand for Fed rate cuts, and the idea has some traction at the central bank as well.

But with the economy on an even keel and rates still relatively low, top officials like Clarida and Powell feel it better to wait for more compelling evidence - if only as a way to manage the risks of getting it wrong.

Inflation is difficult to measure, with changes in statistical methods or one-off price swings in certain goods sometimes distorting the headline number in ways the Fed tries to look through.

In similar language to Powell, former Fed chief Janet Yellen and her colleagues delayed expected rate increases for a year in 2016 as wobbling oil prices and other issues created their own set of “transitory“concerns.

In his press conference after the end of a two-day policy meeting on Wednesday, Powell referred to the weak inflation as transitory no fewer than nine times. That led some in the market to question the Fed chief›s assessment.

Primed for a signal about rate cuts last week, stock and bond investors jumped in the opposite direction as Powell, in effect, restated that not much had changed since his last press conference in March. On Friday, Clarida cautioned against relying too heavily on the actions of “noisy“financial markets.

He has previously warned about the risks of using economic models to try to look too far into the future, particularly at times like this when the Fed is near its targets, the economy is growing, and the costs of a mistake in either direction are higher.

There are arguments in the other direction.

Echoing comments he has previously made, Chicago Fed President Charles Evans said on Friday the central bank’s credibility and commitment to its inflation target may be at risk if it doesn›t respond at some point. Lost credibility may make monetary policy harder to conduct as time passes, he said.

But even officials worried about low inflation, as well as the direction of bond and other financial markets, seem ready to wait for now.

With nothing bad in the offing, there’s no need yet to buy “insurance,“St. Louis Fed President James Bullard said on Friday in an interview with Reuters. He added that the Fed›s decision in January to halt further rate increases was a “huge” change that might still lead to higher inflation as the economy adjusts to it.