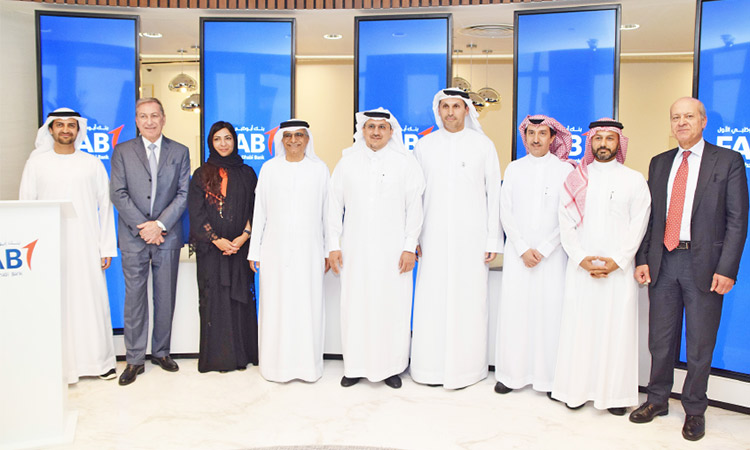 Top officials pose for a group photo at the event in Riyadh.

First Abu Dhabi Bank (FAB) has officially inaugurated its Saudi Arabia operations during a ceremony at its new Riyadh branch. The opening is a key milestone in FAB’s international expansion plans that will help to further strengthen commercial ties between the United Arab Emirates and Saudi Arabia.

The ribbon-cutting ceremony was attended by  Dr. Ahmed Abdulkarim Alkholifey, Governor of the Saudi Arabian Monetary Authority (SAMA), Khaldoon Khalifa Al Mubarak, Chairman of the Board Executive Committee of FAB,  Jassim Mohammed Al Siddiqi, Chairman of the Board Audit Committee of FAB, Dr. Fahad Ibrahim Alshatri, Deputy Governor For Censorship at the Saudi Arabian Monetary Authority (SAMA) and Abdulhamid Saeed, Group Chief Executive Officer of FAB, along with other members of the bank’s senior leadership.

Our expansion into Saudi Arabia represents an important milestone in our international business strategy as well as a testament to the strong ties between the UAE and Saudi Arabia.

The Kingdom is of strategic importance to both FAB and the UAE, and it is for that reason we chose Saudi Arabia as the first destination in our international expansion plans since our merger. We look forward to growing our presence in the Kingdom and thank the Saudi Arabian Monetary Authority and Capital Market Authority for their invaluable guidance and support throughout this auspicious journey.”

Dr. Ahmed Abdulkarim Alkholifey, Governor of the Saudi Arabian Monetary Authority (SAMA), thanked FAB’s Board of Directors and the senior leadership for their interest in entering the Saudi market, highlighting it as a positive step towards strengthening competitiveness and providing a more diversified range of products and services in the Saudi banking sector to meet the aspirations and needs of customers. Al Alkholifey stressed that the opening of the FAB branch coincides with an unprecedented period in the Saudi financial sector, emphasising the impact of the Financial Sector Development Program and its continued role in developing a thriving ecosystem, in line with the objectives of Saudi Vision 2030. H.E. added that while the Kingdom’s financial sector is characterised by a high degree of financial solvency, operational efficiency and high liquidity, it nonetheless requires the continued support and growth of varied credit facilities from banks to sustain this momentum, whether for the corporate sector, individuals or mortgage finance.

He also underlined that SAMA is supporting the provision of more varied banking services to serve the sector and its consumers most effectively. This has included recent important moves towards enhancing foreign investments in the Saudi banking sector, as well as a desire to accelerate the introduction of foreign banks into the Saudi economy with a fast and efficient licensing process.

At the same time, the banking sector is also embracing the adoption of financial technology more broadly.

He also wished FAB success in Saudi Arabia’s market and welcomed its future contribution to Saudi Arabia’s expanding banking and financial sector and the wider economy.

The opening of FAB’s first branch in Saudi Arabia continues a journey for the bank that began last year. Following the official approval in February 2018 from the Capital Market Authority (CMA) to commence investment banking activities in the Kingdom as FAB Capital, the Abu Dhabi-headquartered bank was granted a licence from SAMA one month later to establish a commercial banking business in the country. The licence allows FAB to operate three branches in Saudi Arabia, with the Riyadh opening planned to be followed by Jeddah and Al Khobar later this year.

Since receiving the SAMA and CMA licenses in 2018, FAB has made steady progress in building a team and establishing its presence, with the Corporate and Investment Banking (CIB) Group capping a successful year by completing a debut Sukuk transaction in Saudi Arabia through FAB Capital. Strong leadership teams have been formed for both entities, with Layth Al-Shaiban Country Chief Executive Officer of FAB’s commercial banking operations in Saudi Arabia, and Mona Al-Tawil leading the investment banking business in the Kingdom as Chief Executive Officer of FAB Capital. 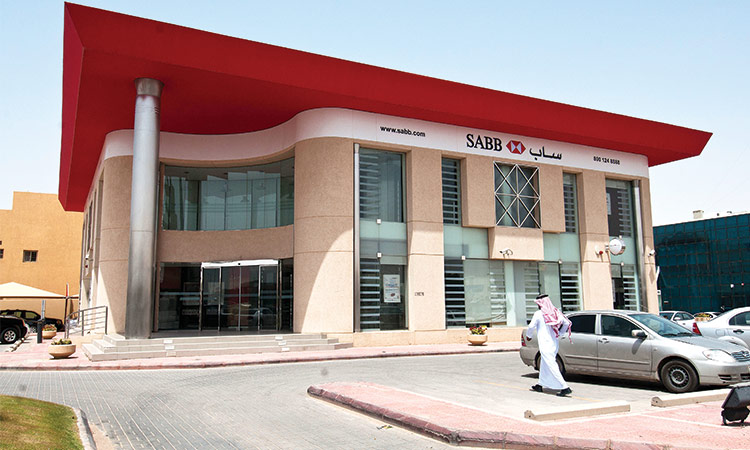