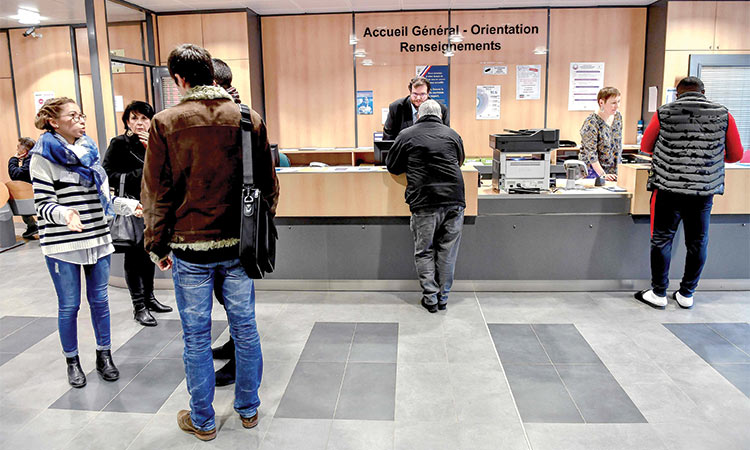 French growth held steady in the first three months of the year as household spending recovered after anti-government protests at the end of 2018, official data showed on Tuesday.

The eurozone’s second-biggest economy grew 0.3 per cent in the January-March period, the third quarter in a row at that rate, showed preliminary data from the INSEE statistics agency.

A Reuters poll of 27 economists had an average estimate of 0.3 per cent.

“There are some positive elements, investment is very important as well as consumer spending, because we have given purchasing power to households,” Le Maire said on France 2 television.

“But there are still some worrying elements like exports which show that we need to keep up efforts to gain competitiveness,” Le Maire added.

The government offered a 10 billion euro ($11.18 billion) package of concessions to protesters in December aimed at boosting the incomes of the poorest workers and pensioners.

President Emmanuel Macron followed up last week with a pledge to cut income tax by 5 billion euros after five months of weekly protests over the high cost of living and elitism. Household spending, the traditional motor of French growth, grew 0.4 per cent after stalling in the final three months of 2018, when spending was hit by some of the most violent street protests seen in decades.

INSEE said the improvement was seen particularly in services, with more spending in hotels and restaurants after an initial drop in tourist numbers in December due to the protests.

Meanwhile, business investment picked up only marginally, growing 0.5 per cent after 0.4 per cent in the fourth quarter when the unrest weighed heavily on business confidence.

Exports grew only 0.1 per cent in the first quarter, slowing after an end of the year rush to deliver Airbus aircraft pushed up deliveries in the fourth quarter.

Meanwhile, France has raised its stake in car parts group Valeo to just above 7 per cent through state bank Bpifrance, as it looks to protect leading companies from activist shareholders.

Bpifrance said on Monday it had bought more shares in Valeo to take its direct stake to 5.2 per cent from 2.99 per cent. Combined with a 2.14 per cent stake in Valeo held by Caisse des Depots (CDC), another French state financial entity that controls Bpifrance, the state now owns 7.34 per cent of Valeo.

“We support the CEO’s current strategy,” Bpifrance Chief Executive Nicolas Dufourcq told reporters. “We are not there to challenge the management.” The government’s stake in Valeo is now higher than the one held by activist fund Harris Associates.

Dufourcq also said Bpifrance was expecting to hear consolidation proposals from Peugeot maker PSA Group, in which it holds a 12.2 per cent stake, following reports that the carmaker was exploring a tie-up with Fiat Chrysler .

“We will see,” Dufourcq said when asked about the unconfirmed reports. “We’re waiting for management’s proposals.”

There is increasing scrutiny in France over the role of activist investors, which have become more active in Europe, buying stakes in companies they consider are underperforming and pushing for changes.

The practice has been common in the United States for many years but slower to take off in Europe as big stakes held by founding families or even the state proved a deterrent.