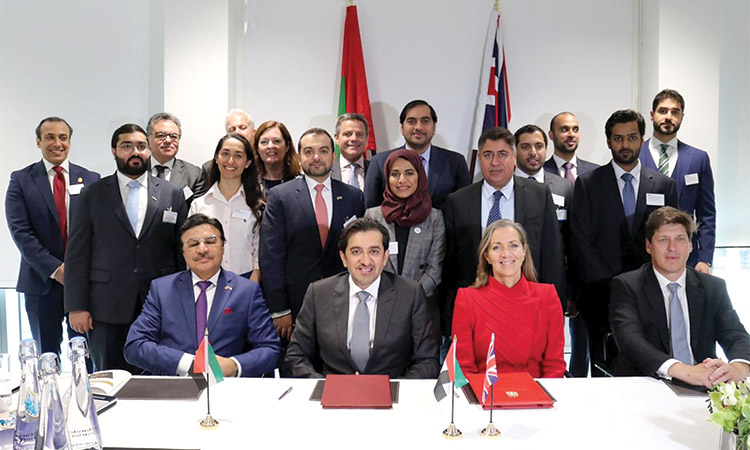 Baroness Fairhead, UK Minister of State for Trade and Export Promotion, led attendees from the UK side. The Committee was held in the presence of Sulaiman Al Mazroui, UAE Ambassador to the UK.

The latest session of the Committee focused on ensuring the integration between development visions of both countries, through developing broader economic partnerships across priority fields according to objectives of the UAE Vision 2021, and the UK’s Industrial Strategy and Export Strategy.

The JEC also discussed opportunities for cooperation in the areas of energy, healthcare, life sciences, information technology, space, infrastructure, education, financial and professional services, as well as fields based on technology, innovation, Fourth Industrial Revolution (4IR) and artificial intelligence (AI). The two countries also agreed to hold the next session of the Committee in the UAE in 2021 during the Expo 2020 Dubai. Sultan Bin Saeed Al Mansoori, UAE Minister of Economy, said that the UAE-UK relations are rooted in the history of both countries and are based on strong ties of cooperation and respect for mutual interests.

Al Shehhi said during his speech on behalf of the UAE Minister of Economy that the topics covered by the 5th JEC mark the beginning of a new chapter in the economic cooperation between the two friendly countries. He further added that the UK is one of the most sustainable and reliable trade partners of the UAE, and the continuous growth rates achieved through this partnership reflect the shared aspirations to promote and develop aspects of bilateral cooperation, especially in economic, trade and investment sectors.

He added that in light of the trade and joint investment figures, the UAE is the largest market for UK exports market in the region, and the fourth largest outside the European Union (EU). The total trade exchange of goods and services between the two countries during 2017 amounted to around 17.5 billion pounds with an estimated growth of 25 per cent during 2016-2017. Besides, the volume of foreign trade in non-oil goods between the two countries was estimated at approximately 9 billion pounds in 2018, recording a growth rate of 10 per cent over 2017.

In addition, many indicators reflect the outstanding nature of the current economic partnership between the two friendly countries. More than 120,000 Britons live and work in the UAE, and around 6,000 British companies, including some leading players, operate in the country’s markets, making the UK the largest foreign investor in the UAE. In terms of tourism, the British market occupies an important place, with the number of British tourists to the country in 2018 nearing 1.5 million.

He added that the latest JEC session has successfully outlined frameworks to link the strategic and development visions of both countries, especially the objectives of the UAE Vision 2021, which aims to strengthen the status of the country as a major commercial and logistical hub in the region, and the UK’s Industrial Strategy and Export Strategy, which aims to strengthen the UK’s position as a global exporter.

Her Excellency Baroness Fairhead said that both countries enjoy strong trade relations as clearly reflected by growth rates of foreign trade volume in the past years. This is what we want to maintain in the next phase, while also intensifying our joint efforts to achieve further growth in bilateral trade, she said. She further added that the UAE is a vital trade hub and plays a key role in facilitating trade and investment in the region, and serves as a hub for regional expansion in the Middle East and wider Africa and Asia region. As the minister responsible for the United Kingdom’s participation in the Expo 2020, she emphasized the UK’s commitment to ensuring a highly productive participation.

The UK is participating in Expo 2020 with a unique pavilion highlighting the British expertise in the field of AI and space technology.

According to Expo’s figures, the number of British companies that have registered on the global e-market platform of Expo 2020 has reached around 1,321, including 977 small and medium-sized companies.

Eng Al Shehhi noted in his opening speech that the UAE-UK Business Council plays an important role in expanding the bilateral relations between the two friendly countries, especially on the economic and trade levels. 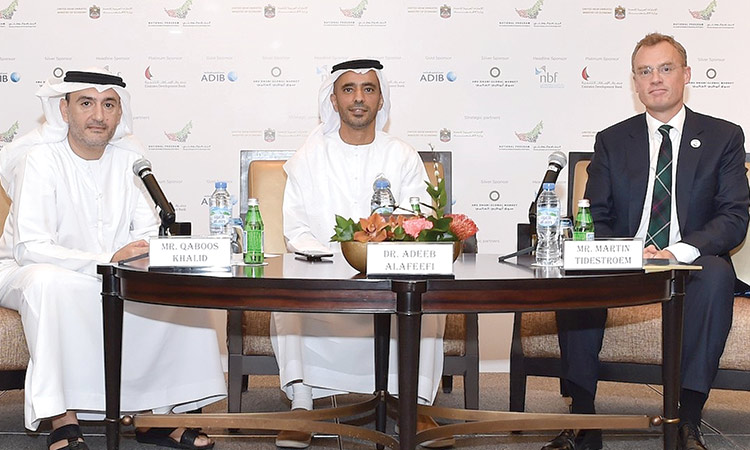