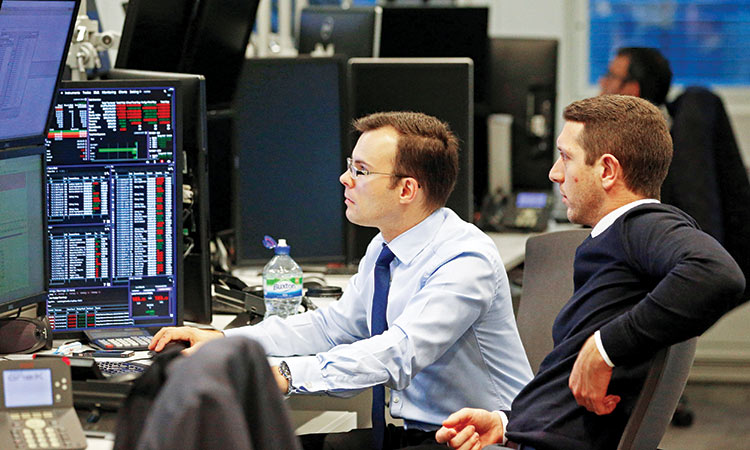 Traders at a stock brokerage firm in London. Reuters

City workers had been hoping the torpor of the first quarter would be lifted if Britain left the European Union on March 29, or indeed, April 12.

But with Brexit on ice until as late as October 31 and the terms of the exit still to be agreed, fears are building that this could be one of the leanest years for the City since the aftermath of the 2008 financial crisis. The London Stock Exchange has had only one corporate listing in excess of 75 million pounds ($97.61 million) so far this year. Trading turnover on the London Stock Exchange in February and March was down a third from a year ago, and the lowest since August 2016.

Average daily turnover on London’s blue chip FTSE 100 stock index fell harder in those two months than all the main bourses in Europe except the DAX 30, according to a Reuters analysis of Refinitiv data.

European investment banking fees - the biggest chunk of which are earned in London - were down 25 per cent in the first quarter, according to Refinitiv. And there were just 11 new UK-based hedge funds launched in the first quarter, compared to 35 in the same quarter in 2018, data from Prequin shows.

“There is going to be a long hiatus. Investors will need to see something far more positive in politics to be persuaded to move again,” Alastair Winter, economic adviser to Global Alliance Partners told Reuters.

“I can’t see how Labour and Conservatives can agree a deal. They are playing games to avoid blame. And until they figure it out, the City will be left to just twist in the wind.”

“Even with all the uncertainty of the last few years, there was always an assumption that come March 29, we would have some answers. Yet here we are, still waiting,” Enver said. Neil Robson, regulatory and compliance partner at law firm Katten Muchin Rosenman, said in the six weeks leading up to the end of March the “chargeable” work he had done was what he would usually do in a week-and-a-half. 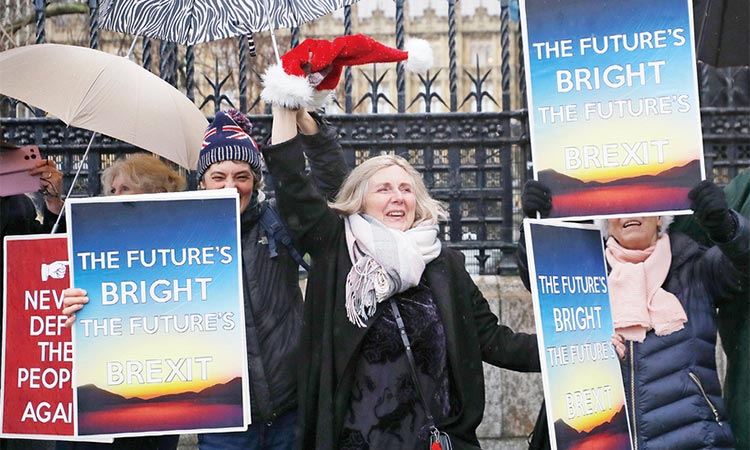