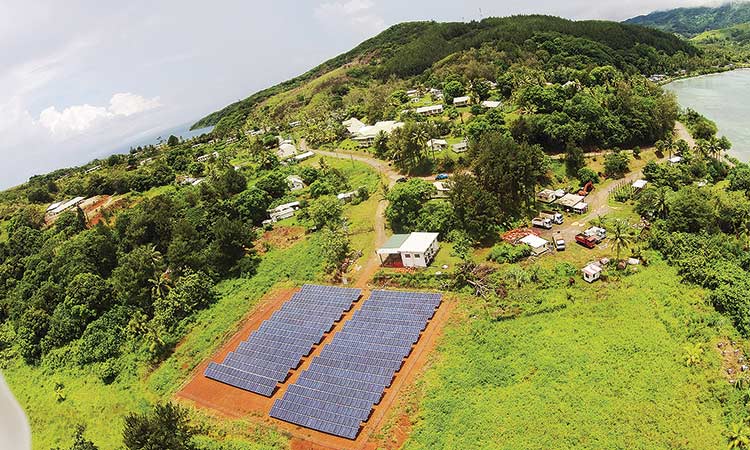 A scenic view of one of the ADFD-funded projects in developing countries.

ABU DHABI: In a bid to support the UAE’s national economy, Abu Dhabi Fund for Development, ADFD), the leading national entity for international development aid, has facilitated business deals worth Dhs16.5 billion for UAE companies over the last 10 years to implement ADFD-funded projects in developing countries.

In line with the directives of Sheikh Mansour Bin Zayed Al Nahyan, Deputy Prime Minister and Minister of Presidential Affairs, and Chairman of ADFD’s Board of Directors, the Fund has amended its tendering system for projects financed by ADFD-managed government grants. Up to 10 per cent preference will be given to national companies that pass the technical assessment and financial qualification stage outlined in the Fund’s tender policy for grant projects.

Sheikh Mansour stressed that since its establishment by the founding father of the UAE, late Sheikh Zayed Bin Sultan Al Nahyan, ADFD has provided funding - including concessionary loans and Abu Dhabi government grants — to drive comprehensive development, assist developing countries in addressing economic challenges and improve the standard of living. He added that the Fund has financed hundreds of projects in multiple countries across the world in sectors ranging from infrastructure to health and education as well as renewable energy. These projects have had a significant positive impact on people’s lives.

The Chairman of ADFD’s Board of Directors noted that in addition to the significant role the Fund plays in achieving sustainable development in developing countries, ADFD also contributes to stimulating the UAE economy and enhancing its competitiveness within the outlined economic diversification strategy - a key pillar of the country’s policy.

He added that the Fund works to establish investment companies and support existing companies in beneficiary countries, thus advancing their economic development while providing opportunities for national companies to enter international markets through various means.

Moreover, Sheikh Mansour pointed out that in order to achieve these ambitious objectives, the Fund has formed strategic partnerships and launched innovative development initiatives in cooperation with international organisations and financial institutions. His Highness said that through optimising financial resources, joint project financing as well as sharing expertise, these partnerships and initiatives are enhancing the aid effectiveness and achieving the Sustainable Development Goals (SDGs).

Sheikh Abdullah Bin Zayed Al Nahyan, Minister of Foreign Affairs and International Cooperation, and Deputy Chairman of ADFD’s Board of Directors, emphasised the pivotal role national companies play in economic development. He noted that the UAE government has prioritised boosting their competitiveness in international markets over the next 10 years to position them at the forefront of regional and global companies in terms of efficiency and diversity. Doing so will ensure a qualitative leap in the national economy, and enhance its competitiveness and sustainable growth.

He added that through leveraging innovative technologies, forging strategic partnerships, developing human capital, as well as building strong research and development capacities, national companies have contributed to increasing the UAE’s GDP. The Minister of Foreign Affairs and International Cooperation highlighted the importance of cultivating new markets in the region in which national companies can grow.

He pointed out that through continuously facilitating investments in its beneficiary countries, ADFD has become one of the leading institutions in providing investment opportunities for public and private sector companies in the UAE.

Sheikh Abdullah added that since its inception, ADFD has assisted multiple national enterprises in building business partnerships with international companies. Referring to upcoming endeavours, the Deputy Chairman of ADFD’s Board of Directors concluded that the future holds new prospects that will enable national companies to flourish and enter regional and global markets, complementing the overall development of the UAE.

For his part, Mohammed Saif Al Suwaidi, Director-General of ADFD, said, «Under the directives of the UAE leadership and with the direct follow-up of  Sheikh Mansour Bin Zayed Al Nahyan, ADFD continues to support our national companies. Our policies in this regard will help enhance their competitiveness in line with the Abu Dhabi Economic Vision 2030 that aims to build a diversified and sustainable economy as well as ensure a balanced approach to economic and social development.