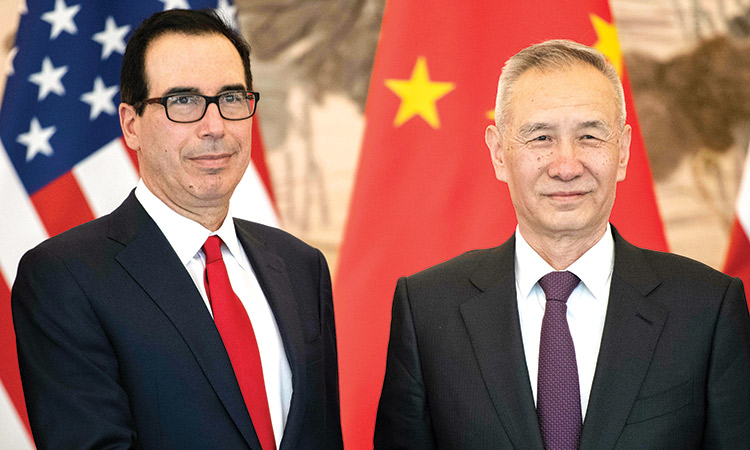 Liu He and Steven Mnuchin greet each other in Beijing on Friday.

BEIJING: The United States and China said they made progress in trade talks that concluded on Friday in Beijing that Washington called “candid and constructive” as the world’s two largest economies try to resolve a bitter, nearly nine-month trade war.

The officials are working to find a binding agreement to address President Donald Trump›s complaints about the years of unfair treatment of US companies by China, that would allow them to roll back the tariffs hitting businesses in both countries.

“The two parties continued to make progress during candid and constructive discussions on the negotiations and important next steps,” the White House said in a statement, adding that it looked forward to the visit to Washington next week by a Chinese delegation led by Vice Premier Liu He.

The statement gave no other details on the nature of the progress.

US Treasury Secretary Steven Mnuchin and US Trade Representative Robert Lighthizer were in the Chinese capital for the first face-to-face meetings between the two sides since President Donald Trump delayed a scheduled March 2 hike in tariffs on $200 billion worth of Chinese goods, citing progress in negotiations.

China’s state news agency Xinhua said the two sides discussed “relevant agreement documents” and made new progress in their talks, but did not elaborate in a brief report.

“@USTradeRep and I concluded constructive trade talks in Beijing,” Mnuchin said on social media network Twitter. Earlier, Mnuchin told reporters that US officials had a “very productive working dinner” on Thursday. He did not elaborate and it was not immediately clear with whom he had dined.

Trump imposed tariffs on $250 billion of Chinese imports beginning last July in a move to force China to change the way it does business with the rest of the world and to pry open more of its economy to US companies.

Though his blunt-force use of tariffs has angered many, his push to change what are widely viewed as China’s market-distorting trade and subsidy practices has drawn broad support.

Lobbyists, company executives and US lawmakers from both parties have urged Trump not to settle simply for Beijing’s offers to make big-ticket purchases from the United States to help reduce a record trade gap.

Details of where the two sides made progress were not immediately clear. Going into the talks, people familiar with the negotiations had said there were still significant differences on an enforcement mechanism and the sequence of when and how US tariffs on Chinese products would be lifted.

Observers had anticipated the scope of this round of talks, which wrapped up about 24 hours after the US delegation arrived, to be quite narrow, but that both countries hoped to signal they were working hard toward a resolution.

A US administration official told Reuters earlier this week that Lighthizer and Mnuchin were “literally sitting there going through the texts”, a task typically delegated to lower-level deputies.

One person with knowledge of the talks said “translation is definitely an issue”, referring to discrepancies between the Chinese and English-language versions.

White House economic adviser Larry Kudlow said the United States may drop some tariffs if a trade deal is reached, while keeping others in place to ensure Beijing›s compliance.

Meanwhile, India’s trade ministry has proposed that the government delays by a month the imposition of retaliatory tariffs on some US goods that were due to go into effect from April 1, a trade ministry spokeswoman told Reuters on Friday. Trade friction between India and the United States has escalated after US President Donald Trump announced plans earlier this month to end preferential trade treatment for India that allows duty-free entry for up to $5.6 billion worth of its exports to the United States.

Indian officials believe India could lose its preferential treatment in early May. The Indian government has asked the US administration to review its decision, two government officials with close knowledge of the matter said.

In June last year, India said it would increase import duties varying from 20 per cent to 120 per cent on a slew of US farm, steel and iron products, angered by Washington’s refusal to exempt it from new steel and aluminium tariffs. But since then, New Delhi has repeatedly delayed the implementation of the higher duties. The trade ministry spokeswoman said the government planned to send a delegation to Washington to address bilateral trade issues, and that the ministry was seeking to hold off imposing retaliatory tariffs until May.

“The Ministry of Commerce has requested the Department of Revenue to extend the deadline for imposition of tariffs on US goods by another 30 days,” the spokeswoman said. The revenue department falls within the finance ministry, and the two ministries need to consult over any decision to delay the tariffs. 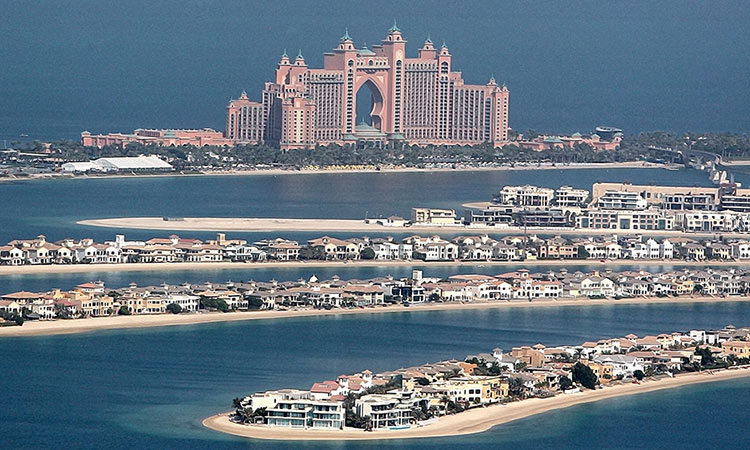 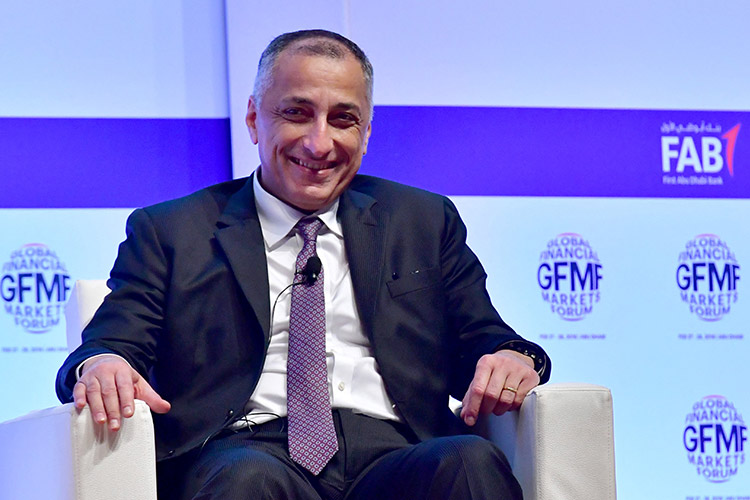 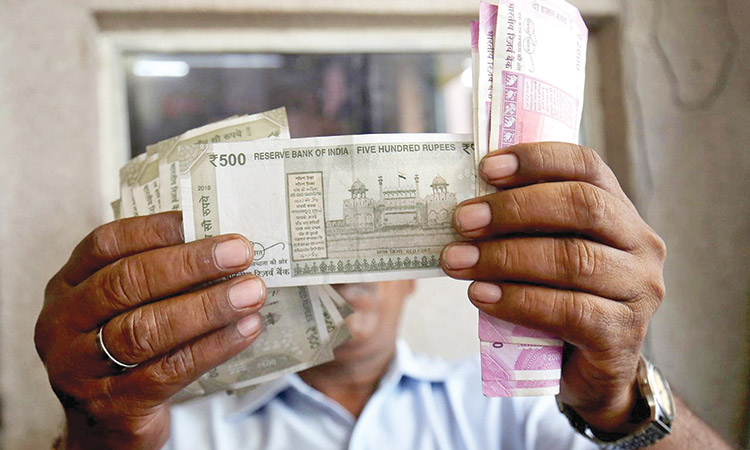