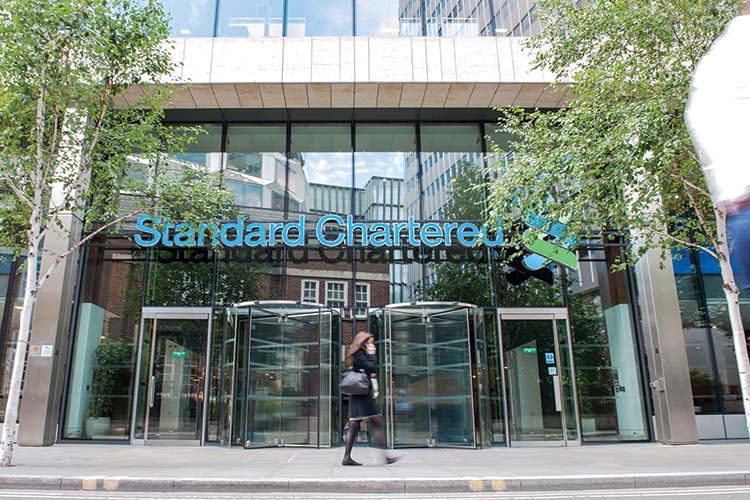 A woman walks past a Standard Chartered bank in Beijing. Reuters

HONG KONG: Fears over a slowdown in Chinese economic growth and the impact of the Sino-United States trade tensions are “receding a bit”, the chief executive of London-based bank Standard Chartered, which makes the bulk of its revenue in Asia, said.

Last month, the lender unveiled plans to double returns and dividends in three years by cutting $700 million in costs and boosting income, even though it missed its previous targets in tough market conditions. The 150-year-old group’s latest plans, however, coincided with a risk of a slowdown in its core emerging markets due to the trade war as well as economic uncertainties in China and Britain, two of its main markets.

“We had plenty of concerns in the second half of last year looking at the market data in China — slowing growth and the impact of trade wars,” StanChart CEO Bill Winters said on Tuesday at the Credit Suisse Asian Investment Conference in Hong Kong.

“Those fears are receding a bit, partly because it looks like a deal is achievable and partly because China has taken relatively modest actions to re-stimulate its economy,” he said. “We feel quite good about China.” Global investors are closely watching Beijing’s policy reaction as economic growth cools further from last year’s 28-year low, amid months of intense negotiations between Washington and Beijing aimed at ending their trade dispute.

Since July 2018, the United States has imposed duties on $250 billion worth of Chinese imports, including $50 billion in technology and industrial goods at 25 per cent, and $200 billion of other products at 10 per cent.

China has hit back with tariffs on about $110 billion worth of US goods, including soybeans and other commodities.