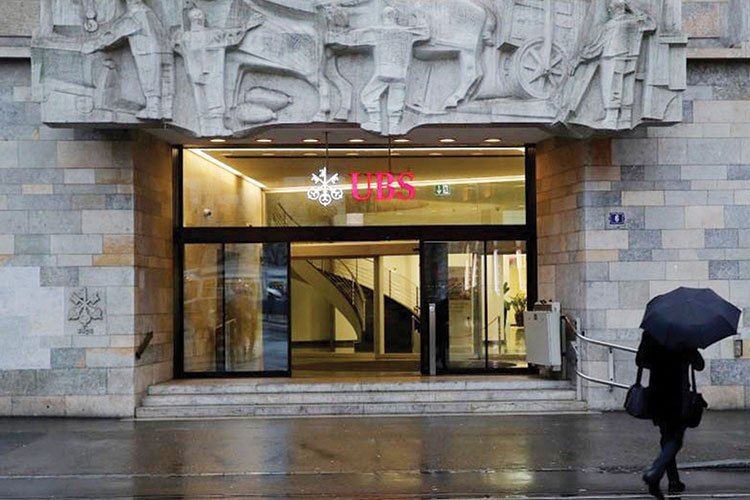 ZURICH: Swiss bank UBS is cutting an extra $300 million from 2019 costs after investment banking revenues plunged and wealth management remained under pressure in the first quarter, its chief executive told a conference in London on Wednesday.

Calling investment banking conditions among the toughest seen in years, especially outside the United States, Sergio Ermotti said investment banking revenues were down about a third compared to the euphoric first quarter that kicked off 2018.

“We’ve seen some improvement lately but it remains patchy, and not enough to offset the challenging start to the year,” he said. The investment bank now expects to achieve mid-single-digit adjusted returns on attributed equity for the first quarter, compared to its 15 per cent target over the 2019-2021 period and 12.9 per cent achieved in 2018. “While clearly not in line with our long-term aspirations, I find it to be an acceptable outcome if it is a one-off in one of the worst first-quarter environments in recent history.”

Shares in UBS fell 2.1 per cent by 1000 GMT, while shares in rival Credit Suisse fell 2.6 per cent, with traders citing the downbeat tone of Ermotti’s comments.

“UBS sent a negative signal that Q1 investment banking revenues will be down across major European banks,” one trader said.

Switzerland’s biggest bank has now slowed hiring as well as its work on a number of IT projects to help the group save an additional $300 million this year, with most of the savings coming through in the second half of the year, Ermotti said.

While its flagship wealth management business looked set to return to targeted inflows after a brutal $7.9 billion in net new money outflows over the final three months of 2018, investor sentiment continued to weigh on revenues.