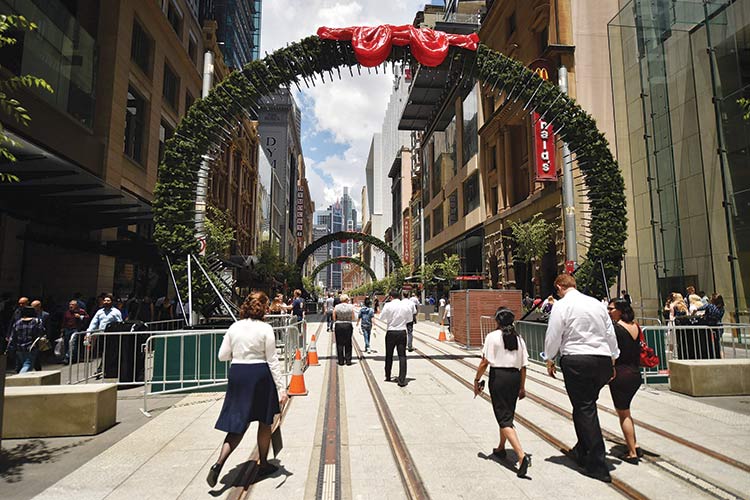 Sydney : Australian consumers have turned gloomy in a one-two punch to the economy already battling a steep property downturn and anaemic wages growth, raising the risk of an interest rate cut as soon as next month.

Slowing global growth and a trade war between the United States and China - Australia’s major export market - forced the country’s central bank last month to open the door to an easing.

That policy U-turn by the Reserve Bank of Australia (RBA) was underscored by a survey released on Wednesday, which showed the Melbourne Institute and Westpac Bank index of consumer sentiment fell 4.8 per cent in March, unwinding a 4.3 per cent jump in February

The index, compiled from a survey of 1,200 people, was down 4 per cent from a year earlier at 98.8, meaning pessimists now outnumbered optimists. This sharply contrasted with the ‘cautiously optimistic’ consumer mood through most of 2018.

The figures come just one day after a closely-watched measure of Australian business conditions slipped below the long-run average in February, dragged lower by falls in corporate profitability and sales.

“The consumer and business confidence surveys confirm the weakening in the Australian economy lately and point to subdued conditions looking ahead,” said Diana Mousina, senior economist at AMP Capital.

“The continued poor data flow in Australia means that the next RBA meeting in April is ‘live’ which means that the odds of no change versus a rate cut look fairly even despite the RBA appearing neutral in its commentary.”

Despite the RBA’s doggedly neutral stance, domestic money markets are fully priced for a 25-basis point reduction in the official cash rate by August. The Australian dollar slipped 0.4 per cent to $0.7049 as the consumer survey emboldened rate doves, drifting towards a recent two-month trough of $0.7030.

One reason for the dark mood in the report was a sharp slowdown in the A$1.9 trillion economy in the second-half of last year, in part due to the housing downturn.

“We are mindful it may not take much additional weakness to trigger an easing from the RBA,” ANZ’s head of Australian economics David Plank said in a note in which he removed a hike from the RBA’s long-term rate outlook.

“Should it look as if the unemployment rate is trending higher, we think the RBA will act quite quickly,” he said.

ANZ sees the possibility of a policy easing as early as May although its base case scenario is for rates to stay on hold through 2020.

The RBA is not alone in shifting away from its long-held policy stance. Central banks from the United States to Japan and China have turned more dovish since the start of this year in the face of cooling global growth slows and tepid inflation.

In Wednesday’s consumer sentiment report, respondents appeared to be reacting to data showing the economy slowed sharply in the December quarter of last year, which many in the media referred to as a “per capita recession”.

“The survey detail indicates that this had a significant negative impact on confidence,” said Westpac senior economist Matthew Hassan. “Responses over the survey week show a marked drop-off after the national accounts update.”

The RBA itself has recently noted the success fiscal stimulus has had during the 2008 global financial crisis while underlining the limits of monetary policy when the official cash rate is already at an all-time low 1.50 per cent.

“Fiscal policy is more likely to respond in the short term,” Citi economist Josh Williamson said. “One of looming federal election battlegrounds will be wages and incomes policy.”

Australia’s centre-right government will deliver the federal budget on April 2 when it is widely expected to announce personal income tax cuts and infrastructure spending ahead of general elections due in May.

A gauge of Australian consumer confidence slumped in March to its lowest level in over a year as gloomy media coverage of disappointing economic news took a heavy toll on the national mood.

Wednesday’s survey showed the Melbourne Institute and Westpac Bank index of consumer sentiment fell 4.8 per cent in March, unwinding a 4.3 per cent jump in February.

The index, compiled from a survey of 1,200 people, was down 4 per cent from a year earlier at 98.8, meaning pessimists now outnumbered optimists. This sharply contrasted with the ‘cautiously optimistic’ consumer mood through most of 2018.