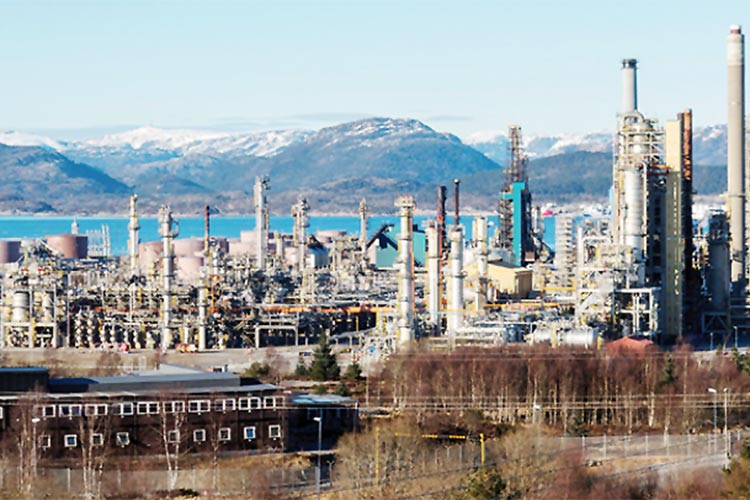 A general view of an oil refinery in Mongstad, Norway. Reuters

OSLO: Norway’s trillion-dollar sovereign wealth fund, the world’s biggest, will sell its stakes in oil and gas explorers and producers but still invest in energy firms that have refineries and other downstream activities, according to a government plan.

The proposal announced on Friday said the fund’s stakes in integrated companies, such as Royal Dutch Shell, ExxonMobil and other majors involved in everything from exploration to selling fuel at the roadside, would not be sold.

“The government is proposing to exclude companies classified as exploration and production companies within the energy sector from the (fund) to reduce the aggregate oil price risk in the Norwegian economy,” the Finance Ministry said in a statement.

Energy stocks represented 5.9 per cent of the fund’s equity investments at the end of 2018, worth about $37 billion, fund data showed. But much of that amount is invested in integrated firms rather than smaller, dedicated explorers and producers.

The fund’s shares in the 134 firms to be excluded have a value of about $8 billion, the ministry said. The fund said the shift would affect 1.2 per cent of its equity holdings.

“Exploration and production companies will be phased out from the fund gradually over time,” the government proposal said, without giving a timeline for the divestment.