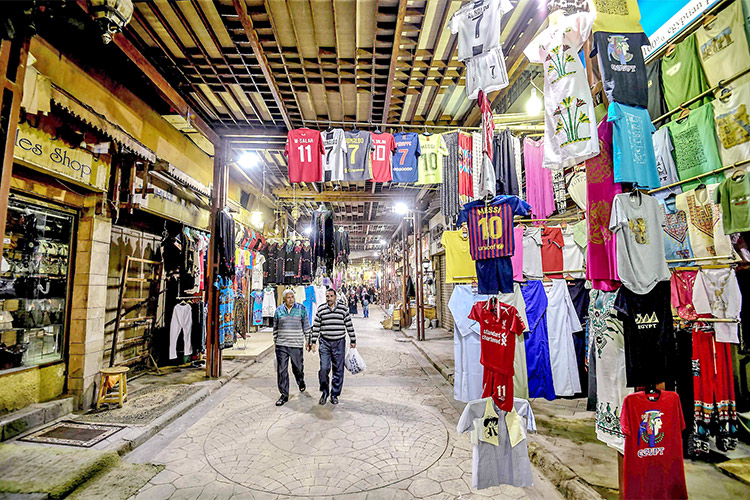 Shoppers in a tourist bazaar in Luxor, Egypt. Agence France-Presse

CAIRO: Egypt’s annual urban consumer price inflation increased to 14.4 per cent in February from 12.7 per cent in January, the official statistics agency CAPMAS said on Sunday, potentially halting what some analysts expected was the start of an easing cycle.

Inflation had cooled to 12 per cent in December after an increase in fuel, electricity and transportation prices last year had sent the rate up to a high of 17.7 per cent in October.

Prices in the transport sector rose 32 per cent, CAPMAS said, while food and beverage prices increased 15.3 per cent year-on-year.

The accommodation, water, electricity, gas and fuel sector saw price rises of 15.2 per cent, the agency said. The education sector’s prices rose by 15.1 per cent.

Egypt has implemented a series of tough austerity measures to help meet the terms of a $12 billion International Monetary Fund (IMF) loan programme it signed in late 2016.

“It’s higher than what we had expected,” said Allen Sandeep, head of research at Naeem Brokerage in Cairo.

The central bank, which is targeting inflation of 13 per cent plus or minus 3 per centage points, made a surprise cut to its overnight interest rates last month. It cited a strong drop in inflation and an improvement in other macroeconomic indicators.

“In our view, this should put the brakes on monetary easing for now,” Sandeep said.

The bank’s monetary policy committee will meet on March 28 to decide on interest rates.

Egypt, the world’s largest wheat buyer, aims to procure 3.6 million tonnes of wheat from local farmers in the coming season that starts in April, the supply minister said.