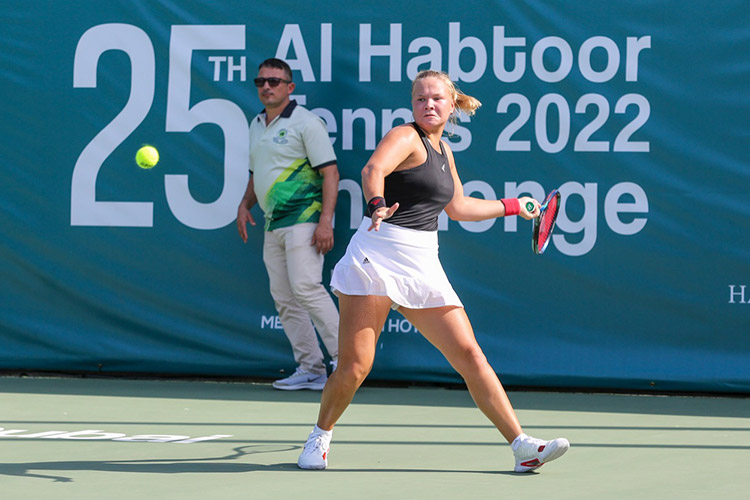 Diana Shnaider in action during her match against Timea Babos at Al Habtoor Tennis Challenge on Wednesday.

Leading by a set and a break up in the second, Shnaider had to stave off a sudden resurgence from the multiple Grand Slam doubles champion to ultimately win 6-1, 5-7, 6-4 and reserve her place for Friday’s quarter-final against French girl, Carole Monnet.

Sramkova, who had slayed defending champion Daria Snigur on Tuesday, accounted for Israeli Glushko to set up a last eight clash against Elsa Jacquemot.

Shnaider breezed through the opening set 6-1 in quick time and got a break in the fifth of the second set.

She appeared to be cruising along when Babos suddenly found her rhythm taking the feisty 18-year-old by total surprise. Babos broke back in the tenth to draw level 5-5 and then took the set 7-5 to force the decider.

Having called the physio a couple of times during the later stages of the second set, Shnaider re-focused and got an early break to lead 2-0 in the third set. An experienced player in such situations, Babos continued to get better with her shot selection while displaying some top-level tennis. 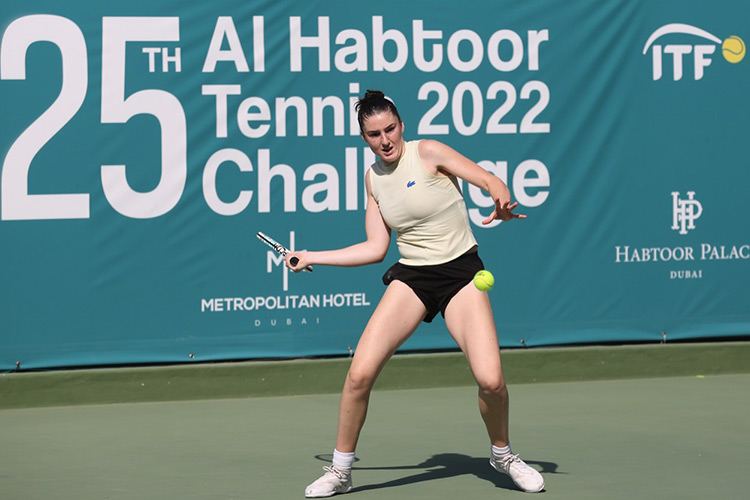 Elsa Jacquemot returns to Maria Timofeeva during their match.

Ultimately, the former world number three on the ITF Junior Circuit, managed to just hang in and win in 140 intense minutes.

“There was no way I was going to lose this match. I was 100 percent certain that I would win this one,” the 18-year-old said.

“This match was perhaps one of the toughest one for me so far on the tour. It was hard mentally and physically. Luckily, it’s going to be a rest day for me tomorrow (Thursday), where I may have one practice session and then relax and get ready for the quarter-finals on Friday,” Shnaider added.

The quarter-finals in the upper half of the draw fell in place with Sramkova getting past Glushko 7-6 (4), 6-3 to book her place against French girl Jacquemot – a convincing 6-1, 6-4 winner against qualifier Maria Timofeeva.

The doubles also got underway late in the evening with the top-seeded pair of Timea Babos and Kristina Mladenovic fighting off the spirited duo of Ekaterina Reyngold and Maria Timofeeva 6- 2, 1-6, 10-5.

Action at the Habtoor Grand Resort tennis courts will continue on Thursday with the start of the singles at 10.30am.

Entry to the competition is free, and spectators are encouraged to come and watch the matches. 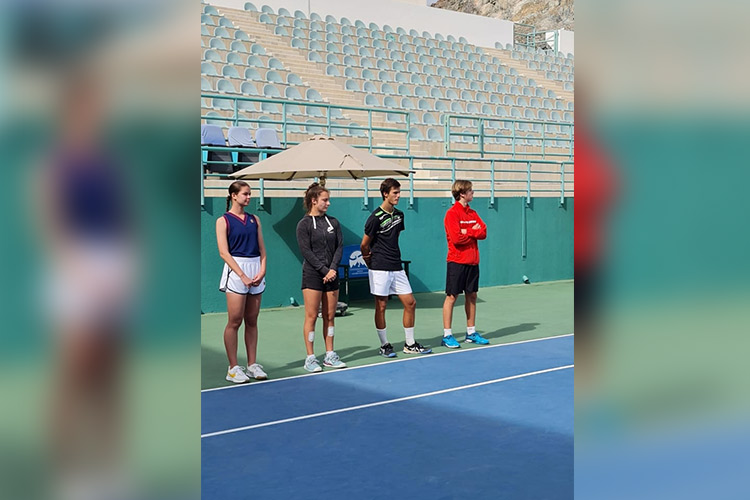 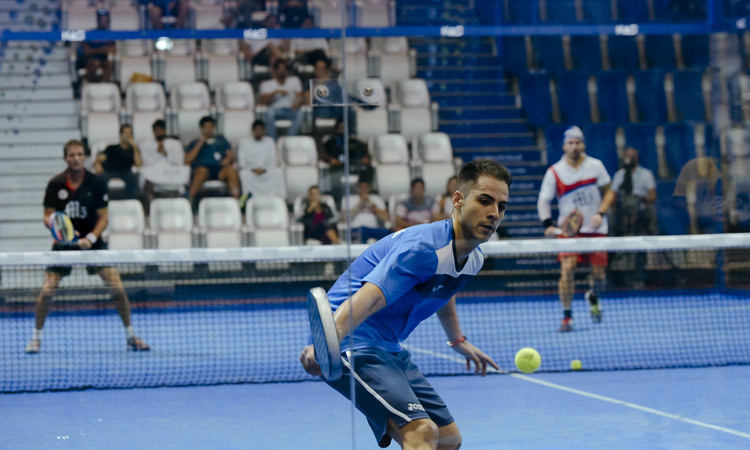 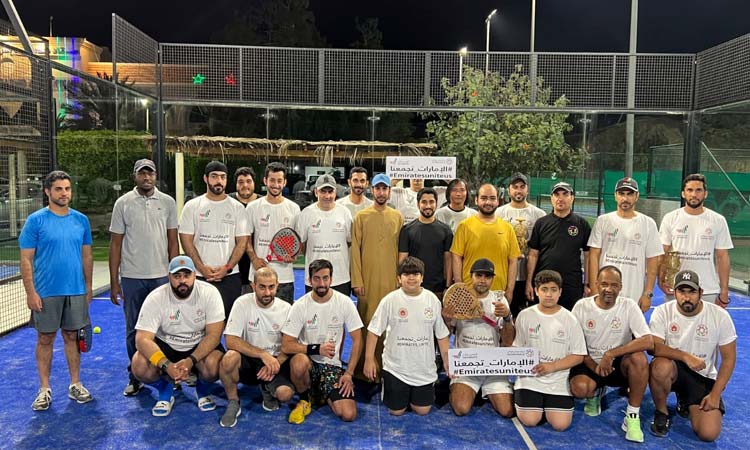