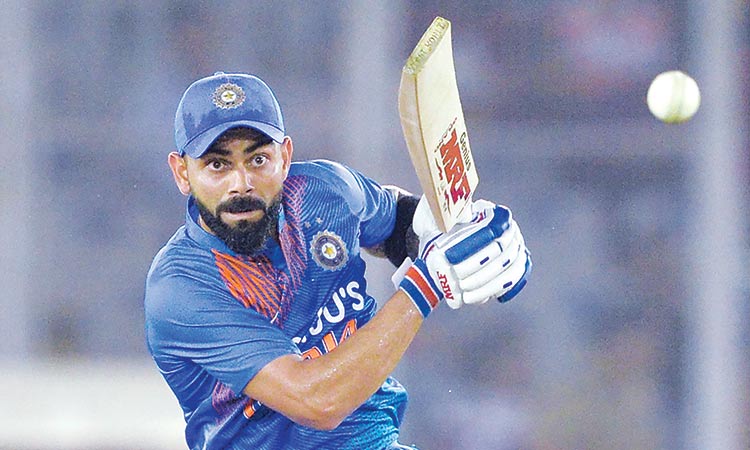 Indian skipper Virat Kohli plays a shot during a match.

Both the teams return to the scene of last week’s hotly debated two-day Test on Thursday with the hosts looking to secure a place in the World Test Championship final.

Both India and England have struggled in the last two Tests with the bat, although India have been a shade better than England. Kohli criticised both sides’ batting in the last match, the pink-ball Test at the Narendra Modi Stadium in Motera.

“Defence is needed on these kind of wickets. The pattern that I have seen in Test cricket, if you see any match’s highlights -- batsmen play out difficult sessions by giving no chances to be able to survive. Because of influence of white ball cricket, there are a lot of results in Test cricket. It has an effect on batting too,” Kohli told the media.

“I think defence, which is key in this format, is being compromised. People think that we should score 300-350 quickly. That four-five session long grind, I don’t think that is in focus nowadays. People are not focussing on defence that much maybe because they have to switch from other formats, it affects the skill. Skill is definitely required to play on tracks that turn. You don’t have to necessarily sweep. You can find your way. You need to have confidence in defence so that the ball doesn’t go to short leg or silly point. It is a part of the game that has been ignored,” he further said.

Kohli disagreed with his deputy Ajinkya Rahane and some English players like Zak Crawley on their views over the pink ball. Rahane and Crawley had said that it will be easier to face the red ball than the pink ball. Kohli said there is not much difference between red ball and pink ball and it was only the poor quality in batting.

“I don’t understand why a cricket ball, cricket pitch are brought into focus. Why don’t we just focus on the fact that the batsmen were just not skilled enough to play on that pitch. It was a bizarre display of batting by both teams in a Test match. I will continue to say that because I have played long enough to understand what happens on a cricket field. It is not a change in ball colour or change in ball shape. It is still round, still weighs five-and-a-half ounces so I don’t know what difference it makes suddenly. The pitch in Chennai though was different. This track has more pace,” he added.

The 32-year-old India captain also said that the pitch is getting unnecessary flak when it is the batting that has been poor.

“We lost in New Zealand in three days. No one wrote about the pitch. It was all about how India played badly in New Zealand and none of the pitches were criticised. No one came and saw how much the pitch was doing and how much the ball was moving. Or how much grass was there on the pitch? The reason for our success has been that we have not cribbed about any pitch on which we have played on. We will continue to play as a team moving forward,” added Kohli.

The tourists have sustained heavy defeats in the past two matches -- by 317 runs in Chennai and 10 wickets in a chastening two-day finish in Ahmedabad -- but can still draw the series 2-2.

Ever since Root’s double century in the series opener paved the way for a score of 578 and a landmark win, England have struggled against spinners Ravichandran Ashwin and Axar Patel.

“We’ve got all the ingredients, all the pieces and all the skills to exploit and succeed in these conditions,” he said.

“It is important we harness that, have it in the front of our mind and be a bit braver actually, play with a little bit more freedom. That doesn’t mean going out there and trying to slog it, or be ultra-aggressive -- we need to play our game a certain way but it is about not being scared of the conditions.”

The skipper wants each player to trust their chosen methods in the Test, also being held in Ahmedabad.

“Everyone’s idea of what fearless is is slightly different. But being fearless is not having that tentative mentality of being trapped on the crease or being caught in two minds,” explained Root.

“They have to have the freedom to feel like they can go and play, trust their games to go and score runs.”

Dom Bess looks likely to earn a recall after two games on the sidelines. The 23-year-old was initially dropped for Moeen Ali, only to be overlooked again when he flew back home. Root admits the decision to invest heavily in seamers for the day/night Test in Ahmedabad was an error of judgement and appears ready to hand Bess another chance.

“I think if the pitch looks anything like the last one, he’ll be licking his lips at the opportunity,” said the captain.

“You look at the side for the last match and we got that wrong, we read the pitch wrong in terms of the way we selected the team.” 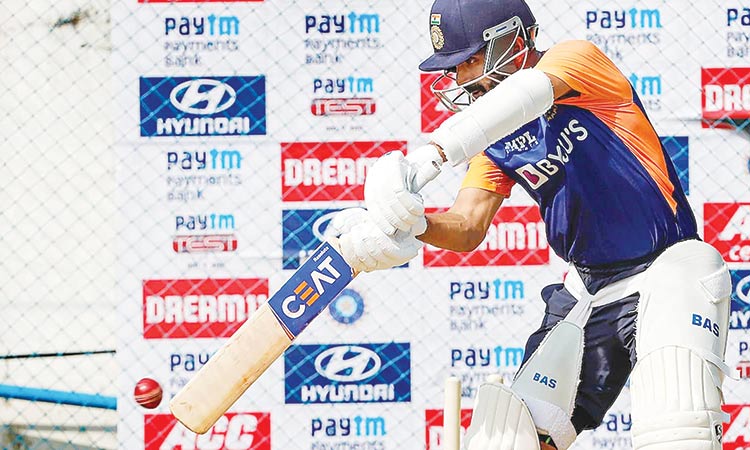 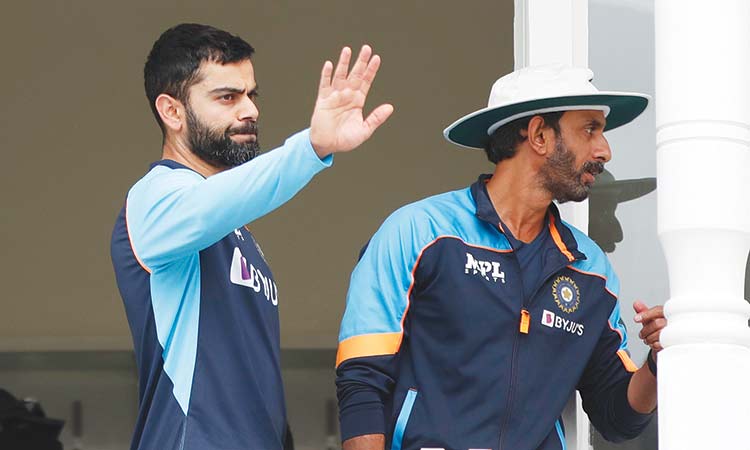 India captain Virat Kohli said his side had the “right template” for the remainder of their ‘blockbuster’ series against England after enjoying the better of a rain-marred draw in the first Test. The tourists were frustrated in their bid to go