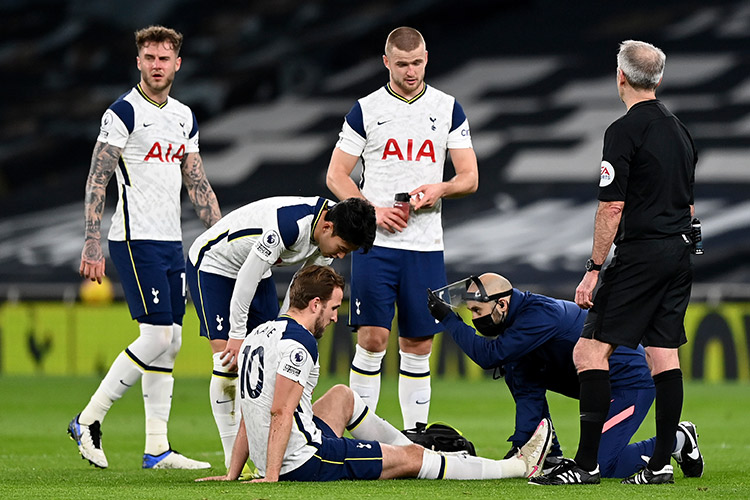 English champions Liverpool managed to re-enter the Premier League top four after ending their five-game winless run with a 3-1 win at Tottenham on Thursday as Spurs lost Harry Kane to an ankle injury.

Kane had soldiered on after twice receiving treatment on ankle knocks in the first-half and was eventually replaced at the break.

Trent Alexander-Arnold doubled Liverpool’s lead before Pierre-Emile Hojbjerg immediately pulled a goal back for Spurs early in the second-half.

Liverpool’s worst run in the league since 2017 had seen them slip from the top of the table to fifth before kick-off with Klopp admitting his first priority is now to secure Champions League qualification for next season. 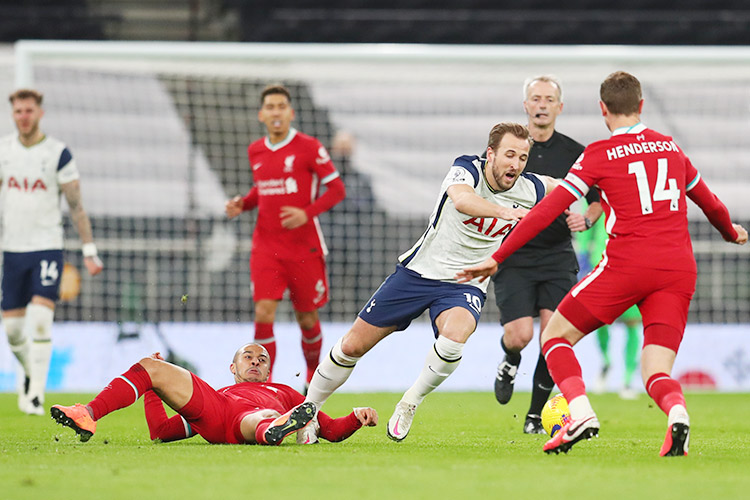 That is also Spurs’ target in Jose Mourinho’s first full season in charge, but Tottenham’s chances may now depend on how long Kane is sidelined for.

Early on, Son Heung-min finished coolly from Kane’s through ball, but the South Korean had just strayed offside in the build-up and the goal was ruled out by a VAR review.

After Hugo Lloris twice denied Mane with excellent saves and with Kane clearly hobbling, Tottenham were clinging on for half-time when Liverpool finally struck. Mane got in behind and squared for Firmino to bundle in at the back post for his first goal in eight games. Alexander-Arnold’s drop off in form has been another major part of Liverpool’s regression from the side that romped to the title last season with 99 points.

However, the England right-back connected sweetly to drill in his side’s second after Lloris could only parry Mane’s initial effort into his path.

Liverpool, though, rarely looked troubled after Kane departed and could have won far more convincingly.

Salah’s powerful strike was ruled out after a VAR review for a handball by Firmino earlier in the move.

But Mane restored the two-goal cushion when he pounced on an error from Joe Rodon to fire high past Lloris.

Victory takes Liverpool back above West Ham, who they face on Sunday, into fourth. 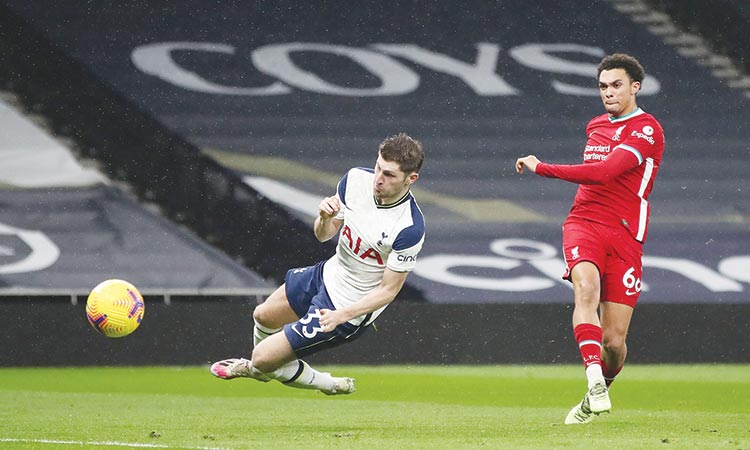 Tottenham’s early season form saw them being touted as contenders for a first top-flight title in 60 years ahead of their last clash with Liverpool last month.

Now a run of just two wins in eight games has plummeted Mourinho’s men down to sixth, four points adrift of the top four.

Mourinho faces a major challenge to keep Tottenham’s season on track after the fresh injury to Kane amid reported tension in the camp.

Tottenham’s title hopes are ebbing away but they are still involved in three cup competitions, with the Portuguese eager to end the fans’ 13-year wait for silverware.

Mourinho has a chance to win his first trophy for the club in April’s League Cup final against City.

But the loss of Kane for a prolonged spell could prove costly in the hunt for a Champions League spot, the Europa League and the FA Cup.

The England skipper is the club’s joint-leading scorer in the league this season, with 12 goals, but is also a key creator, with 11 assists.

The 27-year-old has a long history of suffering ligament damage to his ankles and Mourinho did not sound optimistic after the match.

“It’s an injury. For how long I can’t tell you, I don’t know. We have to wait and see,” said Mourinho.

Tottenham will struggle to shrug off the loss of such a key player, who has formed a devastating partnership with South Korea’s Son Heung-min.

Gareth Bale was one option off the bench on Thursday but has rarely featured in the Premier League since his loan move from Real Madrid, hampered by fitness issues.

Instead, Mourinho turned to Argentine winger Erik Lamela, with Bale only getting nine minutes at the end.

Another option for Mourinho is Brazilian forward Carlos Vinicius, but, like Bale, he has been largely restricted to appearances in the cup competitions since signing on loan from Benfica in October.

The potential loss of Kane for a prolonged period is bad enough for morale but Mourinho must also deal with a reported show of dissent from Serge Aurier.

Press reports said the Ivory Coast defender left the Tottenham Hotspur Stadium after being substituted at half-time, with Spurs trailing 1-0.

Mourinho admitted the mood in the changing room at half-time had been tense.