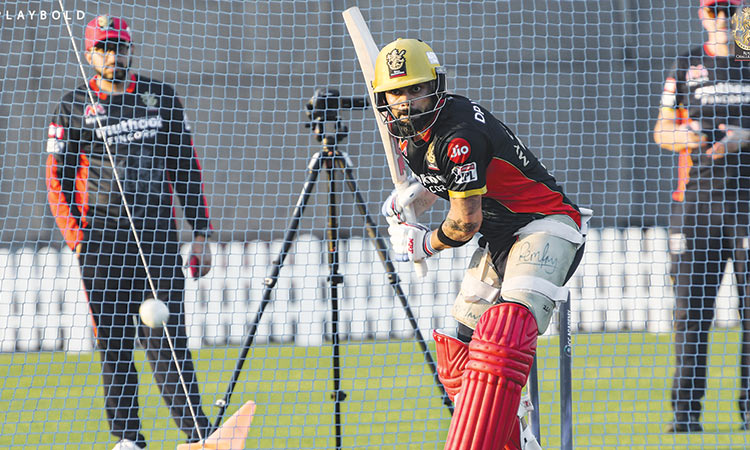 It is quite likely that ultimately both teams will make it to the play-offs, but their priority would be to finish in the top two places. Both sides have 14 points each and a win for either of them will more or less seal a top-four berth.

The tournament is being played in the Round Robin format. The top two teams will meet in the first qualifier.

The winners will directly go into the final while the losers will have another chance when they clash with the winners of the third and fourth placed teams in the league, in the eliminator, the winners of which will move into the final. So finishing in the top two will be an added advantage.

Mumbai have suffered a huge blow because of the absence of their captain Rohit Sharma who is carrying an injury and is not likely to play in this match as well.

In his absence, the swashbuckling West Indian Kieron Pollard will lead the team again.

Mumbai have one of the most balanced squads. Though they had a bad outing against Rajasthan Royals (RR) and lost the match despite posting a huge total of 194, the positive outcome for them was that they managed to get close to a total of 200 without Rohit.

Their top-order features Quinton de Kock, Ishan Kishan and Suryakumar Yadav, all of whom have chipped in with useful contributions. De Kock alone has amassed 374 runs in 11 innings. He can give a blazing start and set the tone for a big total, while Kishan knows to bind the innings well.

Down the order, hard hitters like the Pandya brothers and Pollard can play big shots and propel the score to a big total. Pandya smashed a 21-ball 60 against Rajasthan as Mumbai plundered 79 runs in 24 balls.

The pace trio of Jasprit Bumrah, Trent Boult (16 wickets) and James Pattinson are likely to lead the bowling attack.

Bumrah and Boult have taken 17 and 16 from 11 matches each while Pattinson has eight scalps 11 scalps in his kitty from eight games.  They can run through any batting line-up on any given day. The spin department will be taken care of by Rahul Chahar and Krunal.

Royal Challengers Bangalore, have three games in hands and they can notch up a maximum of 20 points if they win all their remaining fixtures. A win against Mumbai would help them avoid unwanted jitters.

Although the team could not find the acceleration they were looking for at the death in the match against a hitherto lacklustre Chennai Super Kings, which can be written off as a bad day after their loss in that match, their star batsmen Virat Kohli and AB de Villiers were among the runs. Both of them though played sedate innings as Bangalore fell short by 20 runs in the end.

Bangalore’s bowlers Mohammed Siraj, Umesh Yadav, Navdeep Saini, Yuzvendra Chahal, and Washington Sundar have all made it to the Indian contingent that will be touring Down Under next month, and that is a testament to how well they have performed over the past five weeks.

Meanwhile, the inclusion of Chris Morris in the team make Bangalore strong contenders for the top two.