Underdogs Lyon primed for litmus test against Ronaldo and Juventus 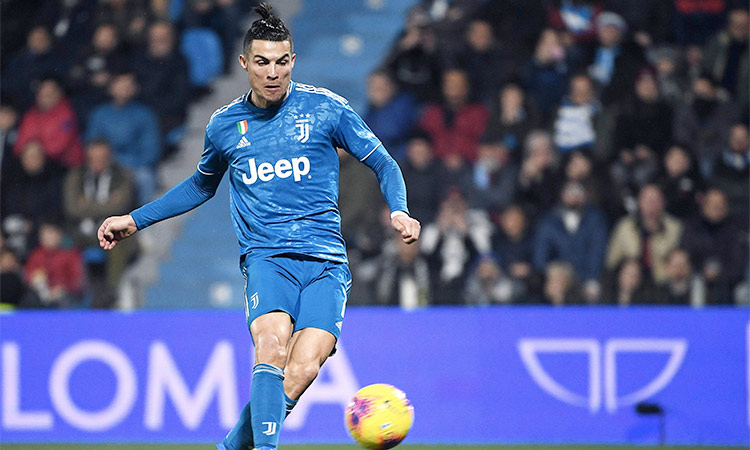 Lyon’s goalkeeper Anthony Lopes knows how big a job he faces keeping Cristiano Ronaldo (above) quiet when his team face juventus in the Champions League clash.

Anthony Lopes describes Cristiano Ronaldo as “extraordinary”, and the Lyon goalkeeper knows how big a job he faces keeping his Portuguese international colleague quiet when the French side face juventus in the Champions League this week.

“I have been lucky enough to play alongside him. He is the captain and an extraordinary personality, a great man,” Lopes said when asked about playing with Ronaldo.

Lopes, 29, was born near Lyon and has spent his entire club career there. But thanks to his Portuguese roots he has won seven caps and been to two major tournaments with Ronaldo, including Euro 2016 which Portugal won.

“I have gone to major tournaments with him, the Euro and the World Cup, where you have to develop links to those around you, and to do what he does every day is quite incredible,” Lopes added.

On Wednesday, OL host Ronaldo and the Italian giants in the first leg of their last-16 tie.

Lyon are massive underdogs against a Juve side in a hurry for Champions League success given the massive investment they made in Ronaldo, who recently turned 35. Last year it was Lionel Messi who put Lyon to the sword at this stage, scoring twice as Barcelona won 5-1 in the second leg after a goalless draw in France.

“When you play Barca or Juve, the danger comes from everywhere,” Lopes said, adding: “All eyes will be on Ronaldo, especially in the stands.”

Lyon want to become regulars in the knockout stage, but they only just scraped through their group and have since lost star player Memphis Depay to a serious knee injury. OL are currently seventh in Ligue 1, seven points adrift of the Champions League qualifying spots for next season.