2014 slip pain will be overcome if Liverpool win league: Gerrard 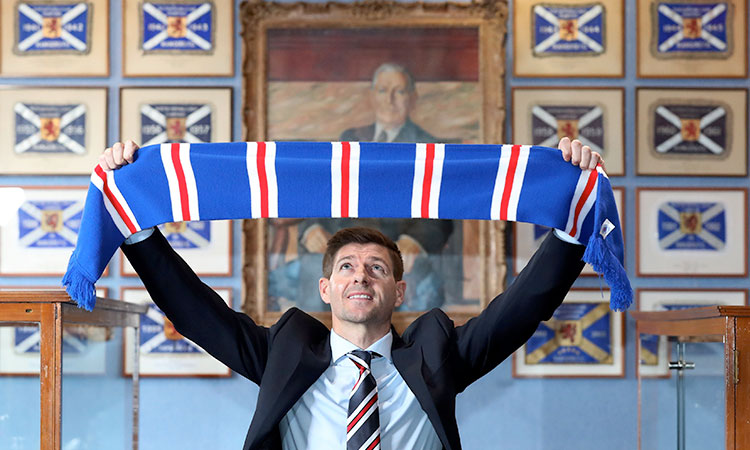 Steven Gerrard, now a manager at Scottish Premiership side Rangers, is looking to break arch rivals Celtic’s monopoly on the league title.

Steven Gerrard has said that Liverpool winning the Premier League this season would help him overcome the pain of losing their grip on the title in 2013-14 when his slip against Chelsea eventually allowed Manchester City to be crowned champions.

Chasing their first league title since 1990, leaders Liverpool lost 2-0 at home to Chelsea in the 36th game of the season when Gerrard, the club captain, slipped in midfield and allowed striker Demba Ba to pounce and score the opener.

With City breathing down their neck, a draw at Crystal Palace in the penultimate game saw Liverpool drop to second, conceding the title and finishing as runners-up two points behind.

“I think about it (the slip) most days,” Gerrard said on former team mate Jamie Carragher’s Greatest Game podcast. “A Liverpool team winning the league would help how I feel for sure.

“When I analyse it properly I obviously understand it wasn’t just that moment. But still part of me, in my head, thinks it is. People say... ‘it was over 38 games.’ But I still know behind what you are saying to me that that moment was so big.

Gerrard, now a manager at Scottish Premiership side Rangers, is looking to break arch rivals Celtic’s monopoly on the league title and his side are within striking distance, trailing the champions by two points with a game in hand.