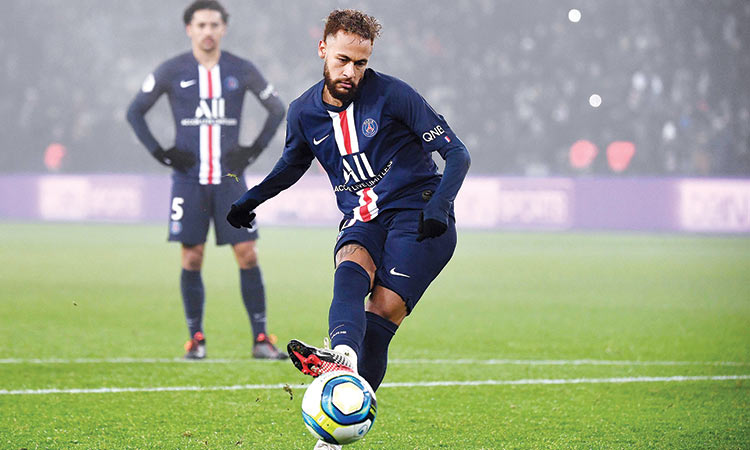 Neymar and Kylian Mbappe both scored as Paris Saint-Germain restored their five-point cushion at the top of Ligue 1 with a 2-0 win over Nantes on Wednesday.

PSG, whose scheduled game against Monaco last weekend was postponed due to bad weather, also have a game in hand on second-placed Marseille as they bid for a seventh French league title in eight seasons.

Marseille won 2-0 at Angers on Tuesday to briefly cut the gap to only two points.

Thomas Tuchel started Neymar and Mbappe together for the first time this season, although the German coach left Edinson Cavani and Mauro Icardi on the bench.

“It says a lot if in December our two key players (Mbappe and Neymar), who we want to make the difference, are starting for the first time together,” said Tuchel.

“Imagine if (Lionel) Messi and (Luis) Suarez played together for the first time in December (for Barcelona)... They lacked rhythm, I’m not expecting too much from both of them.

“I’m happy they scored, but there is a lot of potential (for them to improve).”

Mbappe fired the first opening over the crossbar, before Nantes’ Ludovic Blas was denied by Keylor Navas in the PSG goal.

Neymar appeared to have put the hosts in front with a fantastic left-footed strike after Nantes could only half clear a corner, but following a lengthy delay, the goal was ruled out by VAR for an apparent high foot from Julian Draxler.

The league leaders did forge ahead in the 52nd minute as Mbappe met Angel Di Maria’s low cross with a backheel flick into the corner after fine work by Neymar.

The Brazilian eventually got his goal with five minutes remaining, scoring his penalty at the second time of asking after substitute Icardi encroached in the area.

Earlier on Wednesday, Gelson Martins came off the bench to fire Monaco to a 2-1 win over Toulouse as the principality side made it six victories in nine league outings.

Saint-Etienne moved into fifth with a 4-1 success over Nice, while Montpellier were held to a 2-2 draw at lowly Dijon.

Amiens’ game against Reims was postponed due to fog.

Bordeaux were ordered to temporarily close the south stand at their Matmut Stadium after fans protesting against club president Frederic Longuepee delayed their 6-0 thrashing of Nimes by 25 minutes on Tuesday after invading the pitch. 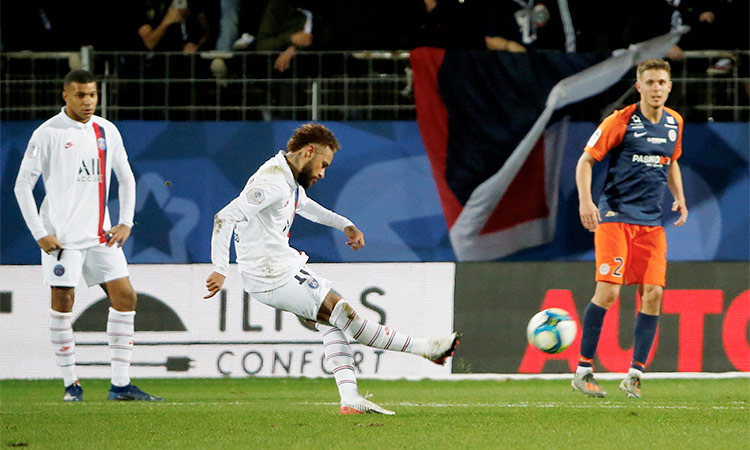