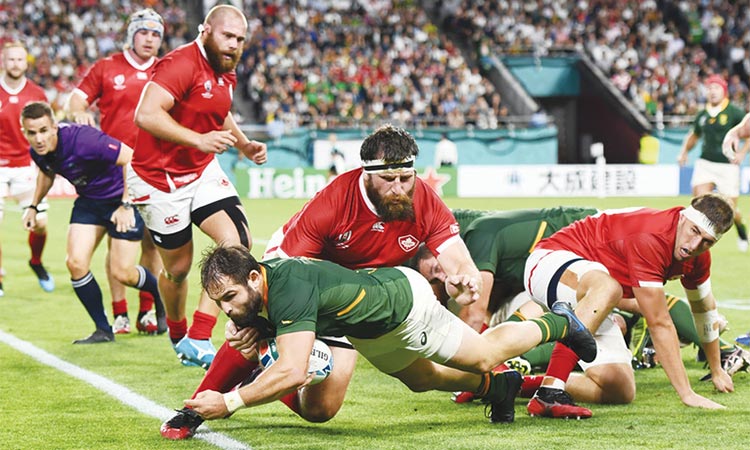 South Africa’s Cobus Reinach scored the fastest hat-trick in the Rugby World Cup history as the Springboks all but assured themselves of a place in the quarter-finals with a 66-7 hammering of Canada in Kobe on Tuesday.

The Springboks ran in 10 tries, including seven in a first-half that featured scrum-half Reinach’s 11-minute treble. That was quicker than Australia fullback Chris Latham’s 25-minute hat-trick in a 142-0 thrashing of Namibia at Adelaide during the 2003 World Cup.


South Africa led 47-0 at the break against an outclassed Canada, who had to play more than half the match a man down after replacement lock Josh Larsen was sent off.

But Canada, just six days on from a 63-0 loss to reigning champions New Zealand, avoided a whitewash thanks to flanker Matt Heaton’s try.

This bonus-point victory should see two-time world champions South Africa into the last eight after an opening Pool B defeat by the All Blacks, with hosts Japan — who stunned the Springboks 34-32 at the 2015 World Cup in England — now looming as possible opponents.

“It was scrappy in stages but I can’t moan about 10 tries,” said Springbok coach Rassie Erasmus.

“Obviously they got a red card that made it a little bit easier for us. So overall, not too bad.” Canada, who have appeared in every World Cup, have one more chance for a win at this edition when they face fellow minnows Namibia in Kamaishi on Sunday, a game captain Tyler Ardron described as “hugely important.” “It’s a game we’ve really targeted. We want to put our best performance out and we really want to get a result out of that,” said Ardron.

Erasmus made 13 changes to the side that overwhelmed Italy 49-3 last time out.

But they still proved far too strong for Canada, with the Springboks opening the scoring in just the third minute under the closed roof of the Kobe Misaki Stadium.

Quick ball saw them across the gainline, with RG Snyman bursting through on a pass from fly-half Elton Jantjies.

The lock was hauled down short of the line but the ball came back to outside centre Damian de Allende, one of two Springboks to keep his place in addition to captain Siya Kolisi, for a try under the posts.

Jantjies then kicked the first of eight successful conversions.

It started with a superb solo effort, the scrum-half breaking from a ruck inside his own 22, chipping over the last defender and regathering before sprinting clear.

Snyman and fellow lock Franco Mostert then combined to send in Reinach, capitalising on some weak tackling, for the bonus-point score.

And with Canada reeling, Reinach had his third try.

Jantjies’s cross-kick was pulled down by Warrick Gelant, the wing finding de Allende who in turn released the onrushing Reinach.

Gelant himself went over in the corner after a fine pass from Jantjies.

A spirited Canada, roared on by a sporting crowd, then came close to a try.

Canada’s night went from bad to worse when English referee Luke Pearce showed Larsen a red card for a shoulder charge to the neck of Springbok prop Thomas du Toit.

And on the stroke of half-time, Frans Steyn scored his first Test try in seven years.

But the biggest cheer of the night came when Canada prevented a whitewash in the 46th minute.

Canada captain Tyler Ardron won a line-out and set up a rolling maul, with wing Jeff Hassler just short. But openside flanker Heaton eventually forced his way over for a try converted by Nelson.

There was still time, however for three more Springbok tries, including a first in the Tests for Damian Willemse, only recently arrived in Japan as a replacement for the injured Jesse Kriel. 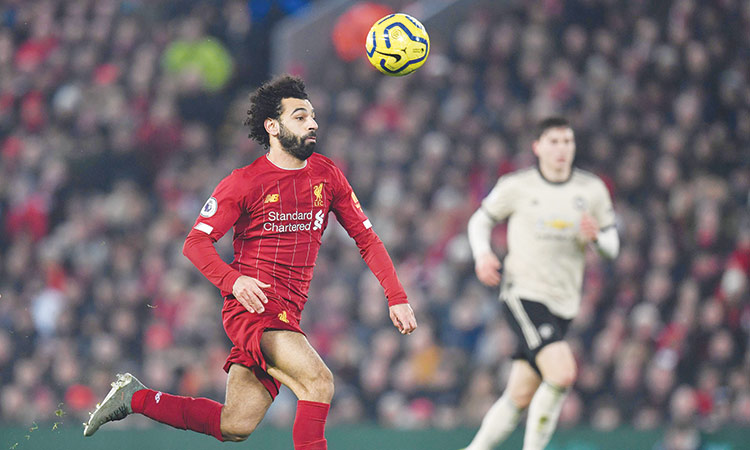