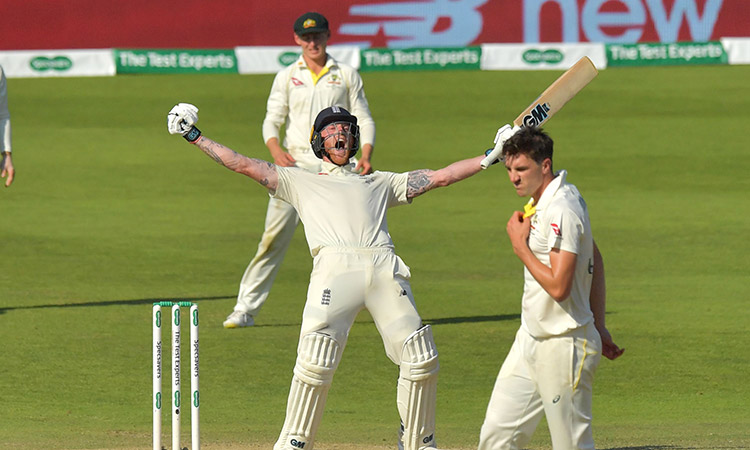 Ben Stokes hit a stunning unbeaten century as England defeated Australia by one wicket to win an epic third Test at Headingley on Sunday and keep the Ashes alive.

England, bowled out for just 67 in their first innings, needed 73 more runs to reach a victory target of 359 when last man, the bespectacled Jack Leach, came into bat on the fourth day.

But Leach held firm before Stokes, the batting hero of England's World Cup final triumph, hit the winning runs by flaying paceman Pat Cummins for a four that saw the all-rounder finish on 135 not out.

This was England's highest successful fourth-innings chase and the tenth highest in Test history.
A remarkable victory, which arguably surpassed their 1981 Ashes Test triumph at Headingley when they beat Australia after following-on -- saw England level the five-match series at 1-1. 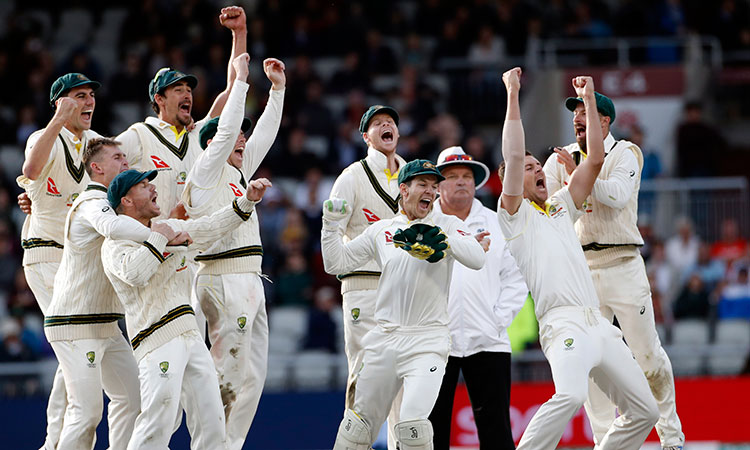 Pat Cummins led the way before Josh Hazlewood struck as Australia retained the Ashes with a 185-run win over England in the fourth Test at Old Trafford on Sunday.