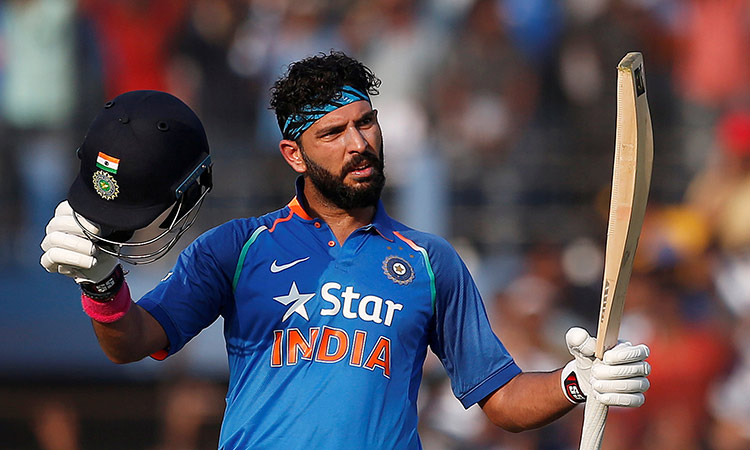 After 25 years in and around the 22 yards and almost 17 years of international cricket, swashbuckling all-rounder Yuvraj Singh on Monday announced his retirement from all forms of the game.

"Only if I could articulate what cricket has done for me, to me! But let me tell you this, cricket has given me everything I have and it is the reason why I sit here today," said Yuvraj, whose on-field exploits defined India's last two World Cup triumphs.

With a career that spanned over 304 ODIs, 58 T20s and 40 Tests, Yuvraj imprinted his place in the echelons of cricket as a player who could pretty much win matches for his side either through his electric fielding, deceiving bowling or fierce batting.

Big-ticket events brought out the best from the big-hitting player, be it his international cricket entry at 2000 Champions Trophy, the mind-numbing batting exhibition at the inaugural 2007 World T20 or the all-round performance at the 2011 World Cup.

His teenage entry in the U-19 cricket World Cup surely was an indication of things to come. In his second ODI ever, Yuvraj took the Australian fast bowling battery to cleaners in an exhibition of fearless batting in Nairobi during the 2000 Champions Trophy, also earning him the Man of the Match award. 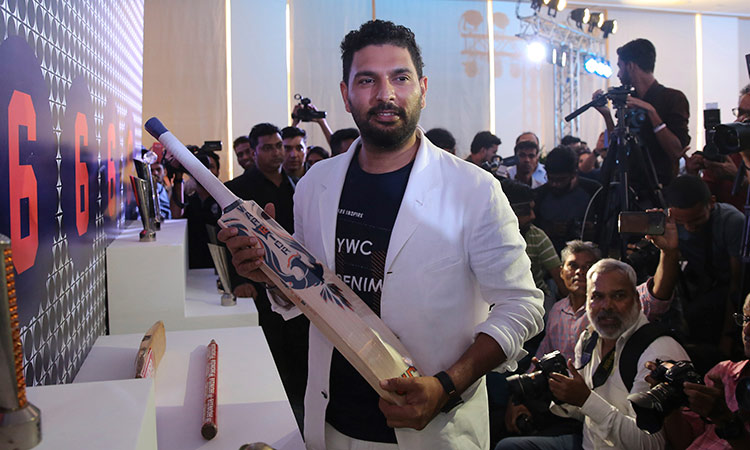 Yuvraj Singh holds a bat as he poses for photographs after announcing his retirement in Mumbai on Monday. Rafiq Maqbool / AP

It took three years before he could score his first ODI century, and also earn his Test cap.

In Test cricket, Yuvraj had an affinity for Pakistan, scoring all his three centuries against them, first on a green top in Lahore in 2004, second in Karachi in 2006 and third, his best of 169 in Bengaluru.

His exploits at World T20 in South Africa have remained untouched till date. Yuvraj's willow-wielding ways gave nightmares to almost every bowler through the tournament.

Clobbering six sixes in the penultimate over bowled by Englishman Stuart Broad in Kingsmead was a moment not many cricket fans will forget. That performance against England took Yuvraj on top of the pile of fastest 50s in a T20I match, scoring 50 in just 12 balls, a record that still stands the test of time.

As time passed, the left-hander became an established middle-order lynchpin for Indian team, and a man with golden arm too. A testimony of his accomplished all-round abilities was the 2011 World Cup where Yuvraj became the first all-rounder to score 300 plus runs and to take 15 wickets in a single edition of the prestigious quadrennial event. The feat included four MoM awards and Man of the Tournament for the 362 runs and 15 wickets.

"Winning the 2011 World Cup, being man of the series, four MoM awards was all like a dream, which was followed with a harsh reality of getting diagnosed with cancer," reminisced Yuvraj. 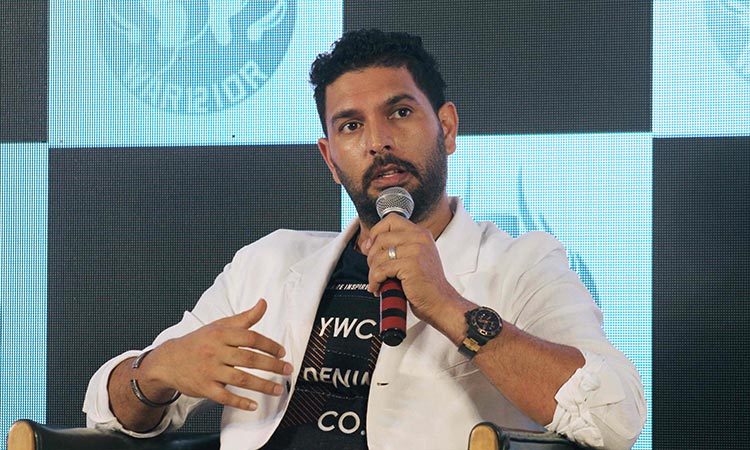 Yuvraj Singh speaks during a news conference to announce his retirement in Mumbai on Monday. STR / AFP

"All this happened so quickly and that too when I was at the peak of my career. I can't possibly explain the support of my family and friends who stood by me, like my pillars of strength and courage. The BCCI and its president at that time N. Srinivasan too supported me during my treatment," he added.

A fighter to the core, Yuvraj battled all odds to return to cricket after successfully treating the rare germ cell tumour. An appearance at the 2014 T20 World Cup finals looked like a perfect script until Yuvraj found the going tough.

"This was probably the most difficult time in my cricket career, the 2014 T20 World Cup final against Sri Lanka when I laboured to 11 off 21 balls. It was so shattering that I felt my career was all but over, everyone wrote me off too... But I never stopped believing in myself," remarked Yuvraj.

The urge to play top-level cricket again pushed Yuvraj to go through the grind and the 2016-17 Ranji Trophy season saw him scoring 672 runs at an impressive average of 84.00, something selectors found worth rewarding him another go.

He came back for the home series against England in 2017 and how. A career-best of 150 against English team in Cuttack got everyone to witness pure nostalgia − the Yuvraj they were used to see

For now, he wishes to focus his energies on helping and enabling people affected with cancer.

"My next focus is enabling and helping people with cancer through my charity YouWeCan. I really want to make a difference to the society by setting example through my inspiring story," Yuvraj said.

"I would like to thank my family, my mother, especially, who is present here today; my loving mother who has been the pillar of strength and gave me birth twice, my loving wife who stood by me in my tough times and my close friends who get sick of me but are always there for me, everybody who I love is here today except my dad. So I think it's a perfect day to move on...," he concluded.