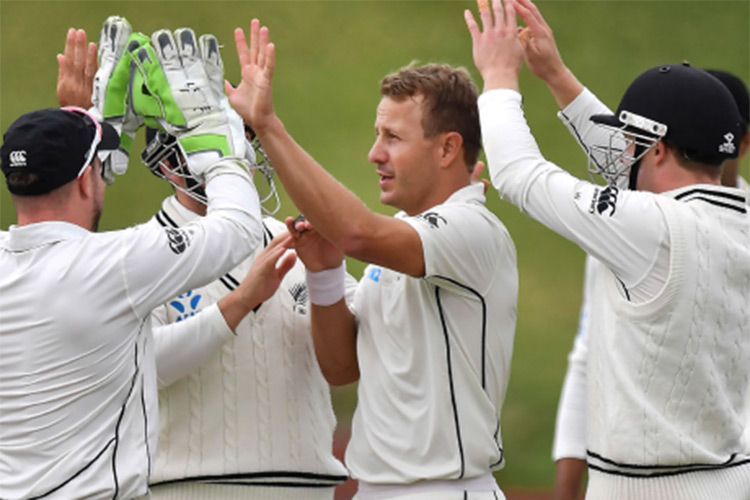 Wellington: Short-ball specialist Neil Wagner engineered an innings victory over Bangladesh in what New Zealand called “an ideal two days” in the rain-shortened second Test to wrap up the series with a game to spare.

After the first two days were washed out, the match finished in the first session of the final day in Wellington as New Zealand completed a fifth consecutive series win for the first time.

In the face of Wagner’s relentless bouncer barrage, Bangladesh were all out for 209 to give New Zealand victory by an innings and 12 runs to go with their innings and 52-run win in the first Test.

“It was an ideal two days,” said Tim Southee, who took over the New Zealand captain’s armband after Kane Williamson left for treatment to an injured shoulder.

Of the 20 Bangladesh wickets to fall, Wagner took nine, including five for 45 in the second innings.

After Ross Taylor’s 200 steered New Zealand to 432 for six declared in their first innings, a lead of 221, Bangladesh resumed on Tuesday at 80 for three.

They advanced to 112 before Trent Boult removed Soumya Sarkar for 28 and Wagner made sure the remaining wickets fell quickly.

The third and final Test starts in Christchurch on Saturday.