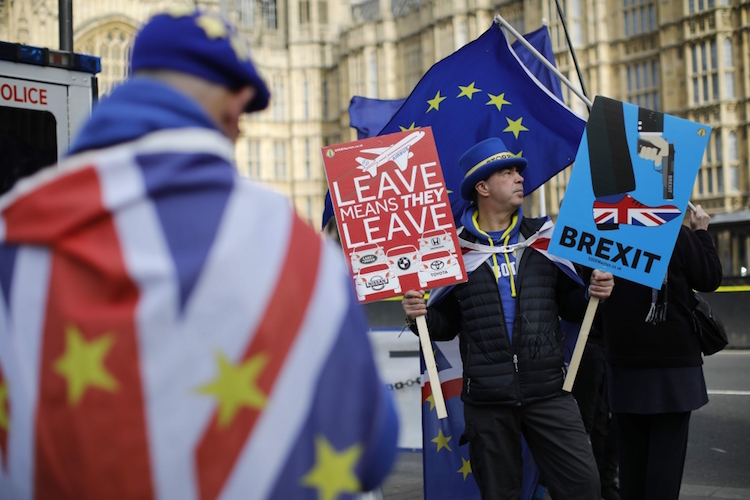 Britain can now finally part ways with the European Union.

The battle of Brexit which was tearing the country apart, turning family members, neighbours and friends against one another, has come to an end. The clouds of uncertainty which cast its shadow on UK have finally parted. Now Boris and his team are free to chart a way forward (“Victorious Johnson says will ‘get Brexit done on time’”, Dec.13, Gulf Today).

The last three years saw a bitter slugfest between natives and immigrants. It caused the country significant economic harm as small and big business houses were unsure on whether to move base or stay put. EU citizens settled in UK were also uncertain of their future. Two prime ministers were forced to lose their chair. The pound oscillated like a pendulum. Thankfully that is the past and now they can look forward to some relief. No one knows though what awaits them. But whatever it is, the stew which was brewing trouble has finally come to a boil and it’s done with.

The message of the landslide win for Johnson’s Conservative Party which smashed the Corbyn’s liberal Labour Party, winning the most seats since the Margaret Thatcher era in the 1980s, is loud and clear — the British people had enough of Brexit. Come what may. The writing on the wall now, is not so healthy though. Boris has got the mandate, but the road ahead could be rocky. Though he got a preliminary approval for a renegotiated withdrawal accord after a string of defeats, not many believe that he can get it through, prompting doubts of a disorderly split. With Brexit opening deep fissures in Scotland and Ireland there are fears on whether Boris will be able to hold the UK together?

Britain apart, Boris’ emphatic victory could have ramification in far away America. Boris like US president Donald Trump got the backing of the working class voters to come to power. US elections are around the corner, Dems be wary.