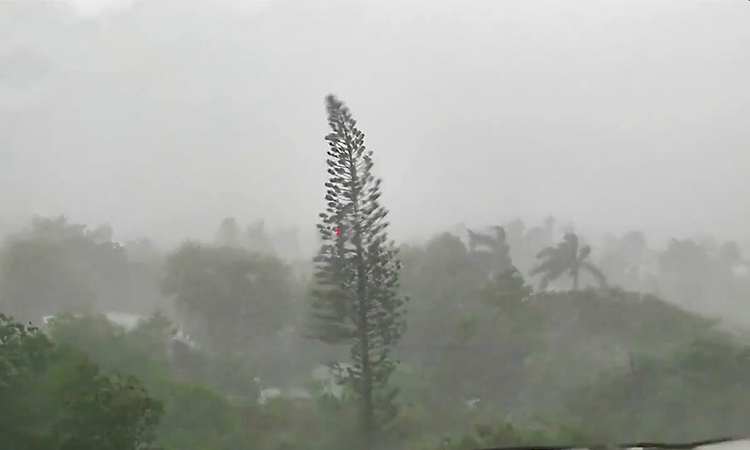 Trees sway amid rainfall as Tropical Storm Elsa strengthened into a Category 1 hurricane as it made its way through Key West, Florida, US, on Tuesday. Reuters

Tropical Storm Elsa strengthened into a Category 1 hurricane on Tuesday, after battering Cuba with drenching rain and strong winds, hours before an expected landfall on Florida's northern Gulf Coast, the US National Hurricane Center said.

The National Weather Service said on Tuesday that Hurricane Elsa was packing winds as high as 75mph (121kph) as it hurtled toward Florida’s northern Gulf Coast.

The sky was gray but conditions dry on Tuesday afternoon in Venice Beach, about 70 miles south of Tampa.

The US National Hurricane Center (NHC) said Elsa had maximum sustained winds of 75 mph (120 kph) and was just offshore the Tampa Bay area at 11:00 pm (0300 GMT), with "heavy rains and gusty winds spreading inland across southwest and west-central Florida." 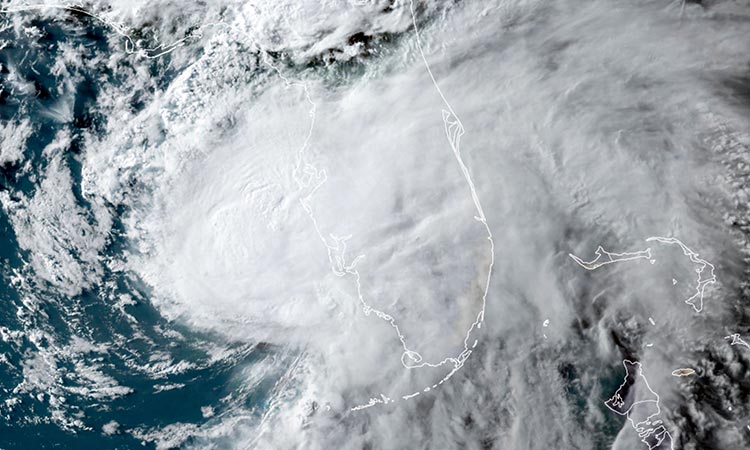 This satellite image shows Tropical Storm Elsa above the US state of Florida after moving up from Cuba. AFP

After making landfall on the Florida coast it is expected to move inland into the southeastern United States on Thursday, the NHC said.

The Category 1 storm is expected to make landfall between 8am and 9am on Wednesday, somewhere between the Tampa Bay area and the Big Bend region.

Michelle and Amador Diaz were there from Albuquerque to celebrate their 32nd wedding anniversary and were enjoying a walk along the beach.

"We're not scared of the storm," Amador Diaz said. "I'd rather have this than the sun out."

Tornadoes were possible on Tuesday across Florida and on Wednesday in north Florida, southeast Georgia and the low country of South Carolina, the NHC said.

Strong winds and rain slammed Key West on Tuesday morning and caused the streets to flood as the storm passed by offshore.

The storm threatens to impede the search and rescue effort at the site of the condominium building collapse in Surfside, near Miami, where crews have been sifting through rubble for 12 days in hopes of finding survivors. As of Tuesday, 36 people were confirmed dead and 109 were still missing, Miami-Dade Mayor Daniella Levine Cava said. 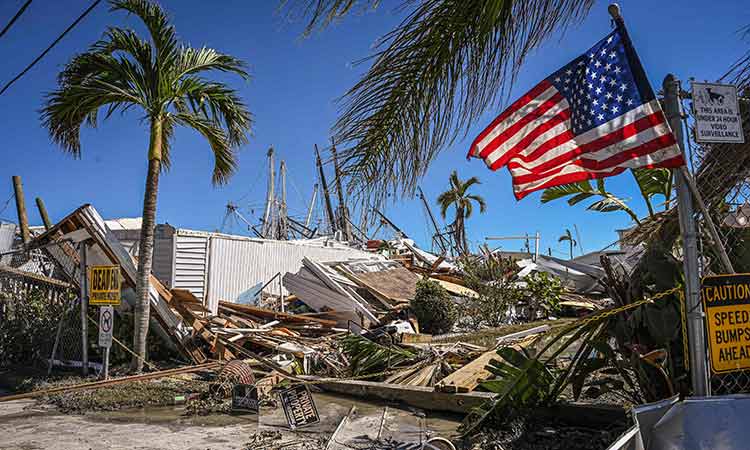 While Ian’s centre came ashore near Georgetown, South Carolina, on Friday with much weaker winds than when it crossed Florida’s Gulf Coast earlier in the week, the storm left many areas of Charleston's downtown peninsula under water.