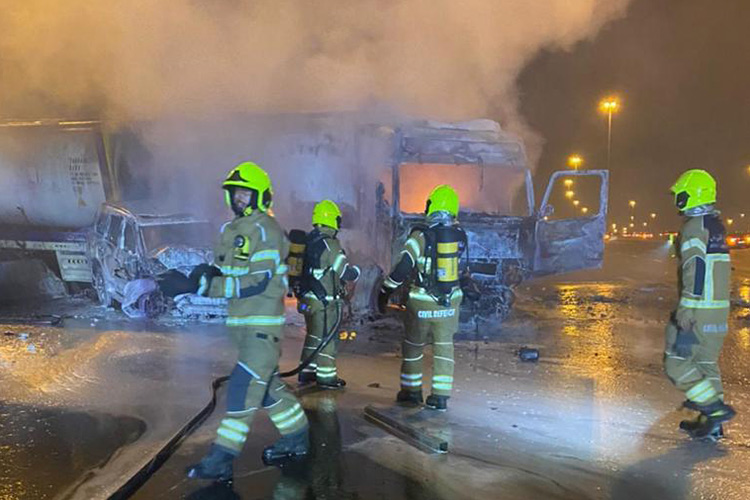 Firefighters in action at the scene of the incident.

The Dubai Civil Defence’s teams contained a fire that broke out in an oil tanker loaded with inflammable material after it collided with a light vehicle on Sheikh Mohamed Bin Zayed Road.

Three persons sustained minor injuries, and they were transferred to hospitals for necessary treatment, an official added.

The operations room of the Dubai Civil Defence was alerted at 12:06am today Sunday, about a fire that erupted in a fuel tanker as a result of a collision between it and a light vehicle on Sheikh Mohamed Bin Zayed Road near the exit of Ras Al Khor Road in the direction of Abu Dhabi, a security official said.

Immediately a fire brigade rushed from Rashidiya station and reached the scene at 12:10am. The tanker and vehicle were found to have been completely gutted.

The fire brigade managed to contain the fire at 12:23 am, according to the incident commander.