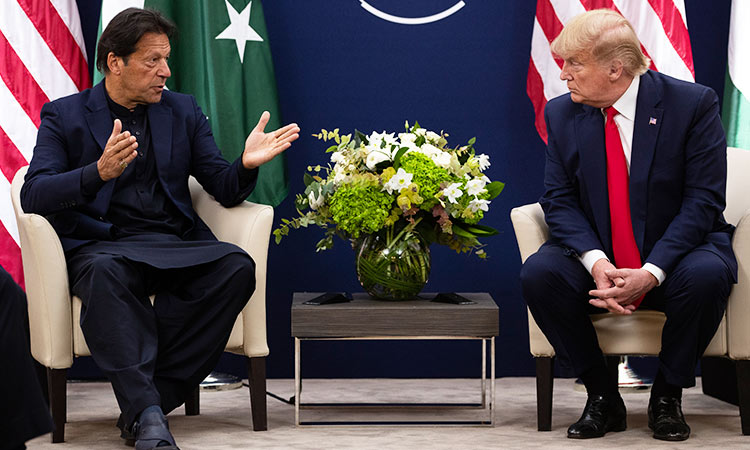 The US embassy in Islamabad on Wednesday apologised for retweeting an anti-government statement from an opposition leader who suggested Prime Minister Imran Khan would fall from power in the wake of President Donald Trump's election defeat. 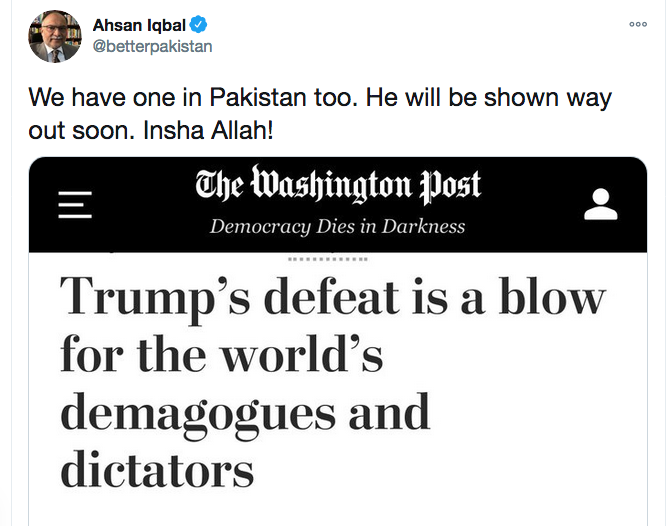 The sharing of Iqbal's tweet by the US embassy's Twitter account quickly sparked outrage, as government officials, including a federal minister and the Sindh governor, called upon the embassy to respect diplomatic norms and issue an apology.

"We have one in Pakistan too. He will be shown the way out soon," the Tuesday tweet by Pakistan Muslim League-Nawaz (PML-N) lawmaker Ahsan Iqbal said, without naming Imran Khan directly. The comment was retweeted on Tuesday on the US embassy in Islamabad's account. 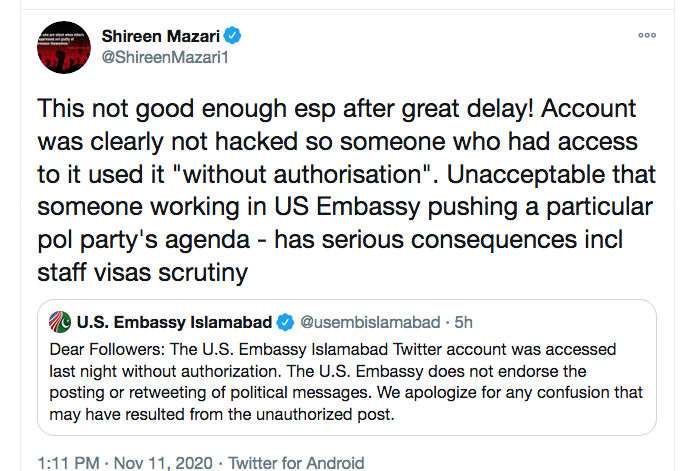 Even though the embassy later deleted the tweet, Twitterati were quick to capture screenshots. Soon after, hashtags like #ApologiseUSEmbassy started trending on the micro-blogging platform.

In response to the US embassy retweet, Pakistan's minister for human rights, Shireen Mazari, took to Twitter, saying: "US embassy still working in Trumpian mode in support of convicted absconder & intervening brazenly in our internal politics." In another tweet, she said the "US embassy must observe norms of diplomacy."

"The US embassy does not endorse the posting or retweeting of political messages. We apologise for any confusion that may have resulted from the unauthorised post,” it said. It provided no additional details. 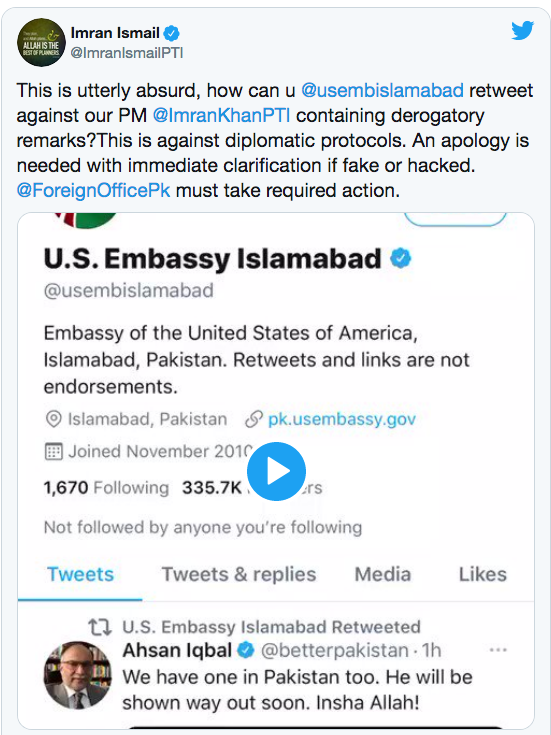 The controversy started on Tuesday when Iqbal shared a screenshot on the social networking site of an article by The Washington Post with the headline "Trump’s defeat is a blow for the world’s demagogues and dictators.”

Iqbal wrote: "We have one in Pakistan too. He will be shown the way out soon. Insha Allah” (God willing).

Iqbal has taunted Imran Khan, saying he resembles Trump because of his arrogance.

The latest development came after many Pakistanis welcomed President-elect Joe Biden's victory over Trump, who had friendly relations with Khan and had publicly praised him for his help in paving the way for the US-Taliban peace deal.