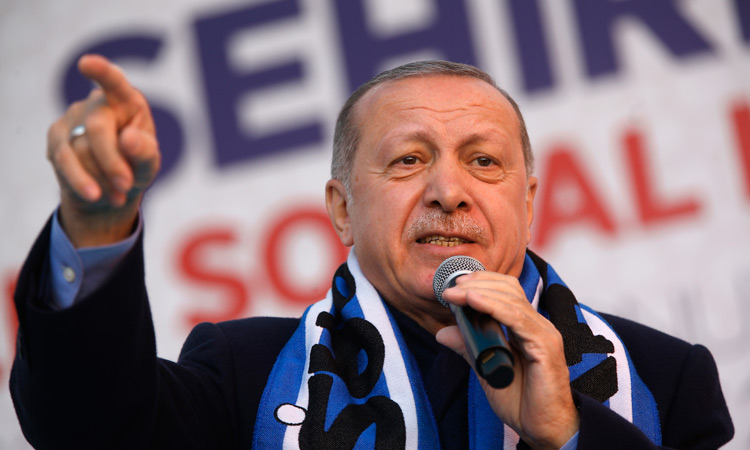 President Recep Tayyip Erdogan on Saturday renewed Turkey's threat to launch an "air and ground" operation in Syria against a Kurdish militia viewed as terrorists by Ankara.

The president previously said that Turkey's patience was wearing thin after Turkish and American officials agreed in August to establish a buffer zone in northern Syria.

"We've made our preparations, completed our operation plans, given the necessary instructions," Erdogan said during a televised speech, adding that the offensive could start "as soon as today, tomorrow".

"We will conduct this (operation) on the ground and in the air," he added, saying it would be east of the Euphrates river.

Erdogan has repeatedly threatened to launch a cross-border offensive and recently suggested that progress on the zone with the US was not developing as Ankara wanted.

While there have been joint US-Turkey patrols, Turkey wants to urgently establish a "safe zone" for the return of up to two million Syrian refugees.

Turkey is home to more than 3.6 million Syrian refugees but there has been a growing public backlash against their presence.

Ankara wants to push the US-backed Syrian Kurdish People's Protection Units (YPG) militia from its border, saying that the group is a "terrorist" offshoot of Kurdish insurgents in Turkey.

But the YPG has worked closely with American troops in the fight against the Daesh extremist group, recapturing territory in northern Syria.

The Turkish military has twice launched offensives in Syria against IS in 2016 and against the YPG in 2018.