93-year-old gets her 'dying wish' — to be arrested - GulfToday

93-year-old gets her 'dying wish' — to be arrested 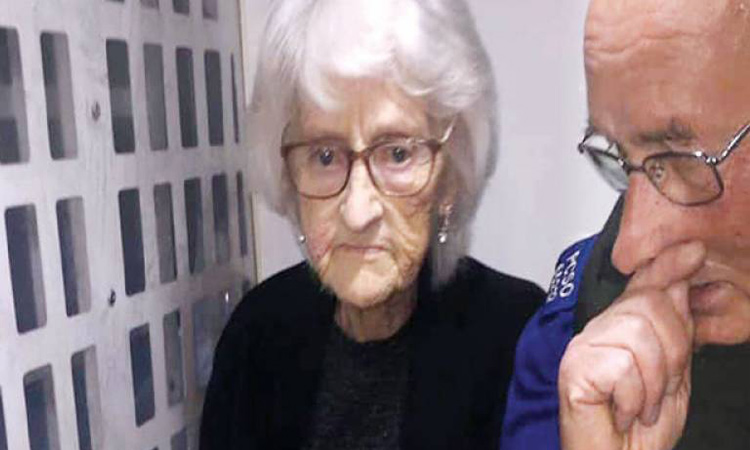 A British grandmother who has never strayed onto the wrong side of the law in all her 93 years has fulfilled one of her dearest wishes - to be arrested.

To her great delight, Josie Bird was handcuffed by officers and taken off to the local police station.

Her granddaughter, Pam Smith said in a tweet that Josie hadn't been in the best health recently and that she "wanted to be arrested for something before it's too late."

She had been well-behaved all her life and "wanted to know what it was like to be naughty."

Smith told The Manchester Evening News that Josie's wish to be arrested came from a love of watching police dramas and that the whole experience was very exhilarating for her.

Two off-duty officers arrested her and accused her of robbing a shop, she said. They then handcuffed her and drove her to the local police station, but, instead of putting her in a cell, they gave her tea and cake.

"On this occasion and for a short period of time we were able to fufill the wishes of an elderly lady, and give her a day to remember," said Chief Inspector Denise Pye of Greater Manchester Police in northern England.

"We're glad to see that we were able to make an elderly lady smile and tick one thing off her bucket list," she added in a statement.